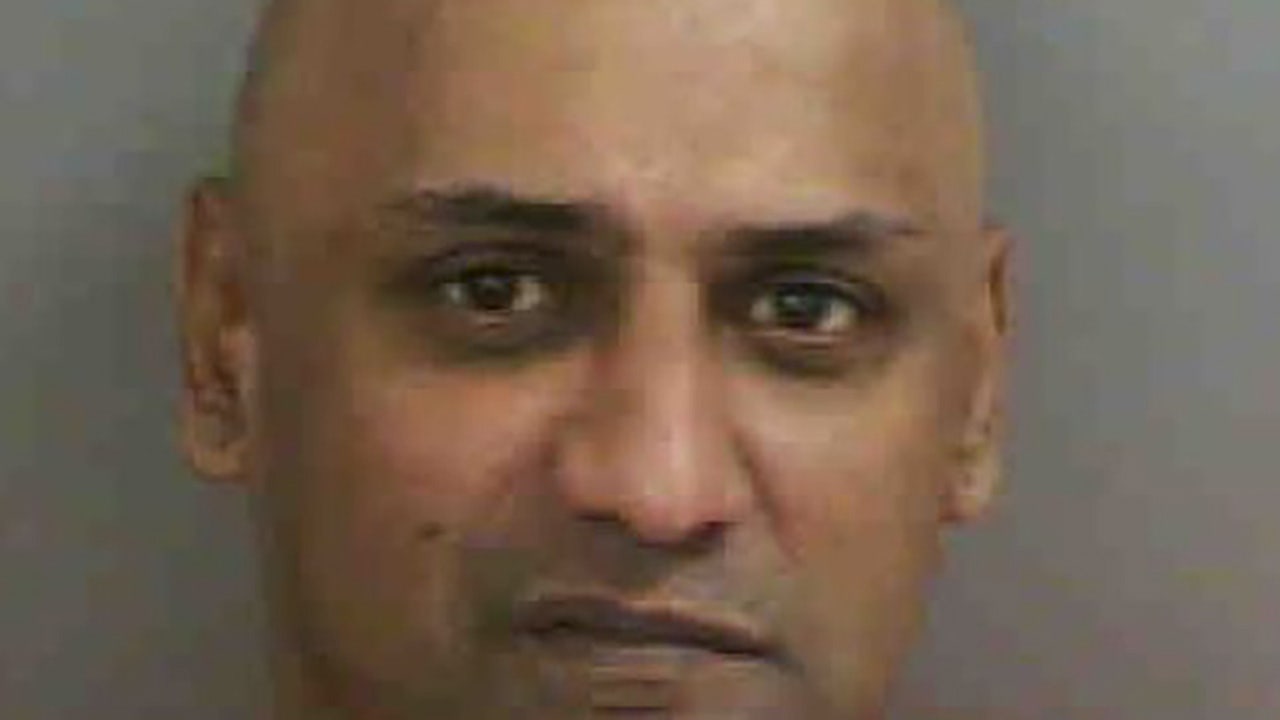 A Florida man was arrested Sunday after he allegedly approached and removed a woman’s 3-year-old child from a shopping cart at a Walmart parking lot in Naples, authorities said.

The suspect, Enben Moodley, 40, is charged with child abuse and false imprisonment, according to the Collier County Sheriff’s Office.

According to deputies, the child’s mother said she saw Moodley yelling at cashiers and “causing a scene” inside the store on Sunday. Employees told investigators that Moodley had slurred speech and appeared intoxicated.

Enben Moodley, 40, of Naples, was arrested by deputies shortly after the incident on Sunday
(Collier County Sheriff’s Office.)

The mother said she avoided Moodley, paid for her items, and left the store with her child in the shopping cart. Moodley then approached the mother in the parking lot and pulled her child out of the cart.

“When the mother began screaming for help Moodley put the child back into the cart and walked away,” the sheriff’s office said.

The incident occurred at a Walmart at 5420 Juliet Blvd in Naples, Florida.
(Google Maps)

Deputies located Moodley shortly after the incident and placed him under arrest.

Moodley did not know the child, who was uninjured, authorities said.

Investigators believe it was an isolated incident, though deputies are increasing patrols in the area, according to the sheriff’s office.