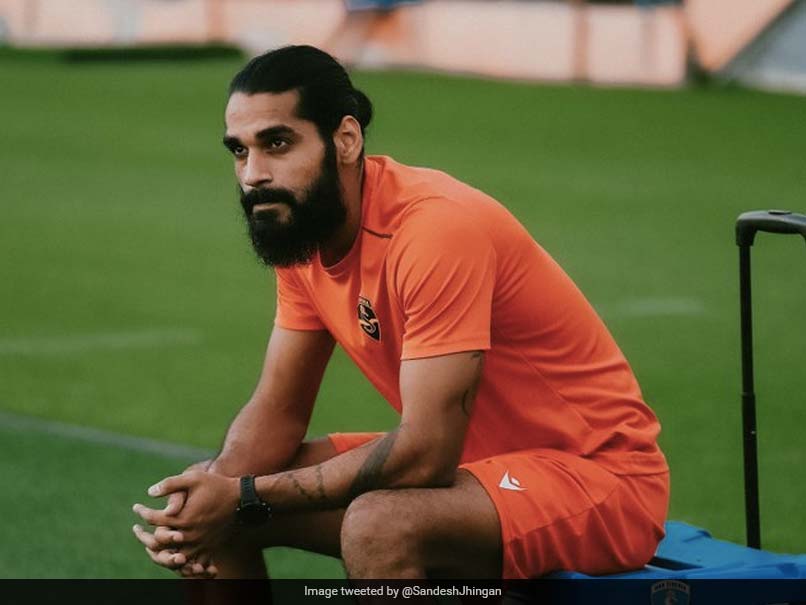 Indian football team’s star centre-back Sandesh Jhingan on Monday apologised for making a sexist comment after his ISL team ATK Mohun Bagan’s 2-2 draw against Kerala Blasters. A video uploaded on ATK Mohun Bagan’s Instagram page, which has since been deleted, captured the 28-year-old defender as saying, “Aurato ke saath match khel aaya hoon, aurato ke saath” (I have played a match with women, with women) as he made his way back to the dressing room at Vasco in Goa on Saturday.

His comment caused an uproar on social media which many users coming down heavily on the player, forcing him to issue an apology.

“I know a lot has happened in the last 48 years, and it has been down to an error in judgement from my part. I have had the time to sit and reflect, something which I should have done, instead to react…” Jhingan said in a video he posted on Twitter.

“To put it simply, what I said in the heat of the game, is, it’s wrong, and I am truly sorry for it and I know I have let many people down, including myself and my family.

“I cannot erase what I have done already, but I will surely do from this is to learn from the situation, try to be a better human being and better professional and try to be a good example.” He said a fallout from this unsavoury incident “has been that a lot of hate has been targeted towards my family, especially my wife”.

“I know people are upset with me but to threaten and racially abuse my family, I think, is not required and unwelcome. So I please request you all to not do it.

“Lastly again, I am really sorry but I will try to learn from this and try to be a better human being,” Jhingan added.

Through a series of tweets, Jhingan had also apologised on Sunday.

“If my comments have hurt anyone, my apologies. It was never intended to create any harm to anyone,” he said in one of the tweets.

“Those who know me personally will tell you that I have always been a huge supporter of Indian women’s team and women in general. Don’t forget that I have a mother, my sisters and my wife, and I’ve always been respectful towards women.” He had said he made the comment during an argument he had with his teammates after the game.

“What I said was a result of the disappointment for not winning the game. I told my teammate not to make excuses, so anyone taking my comment differently is only doing it to tarnish my name.” PTI AH PDS AH PDS PDS