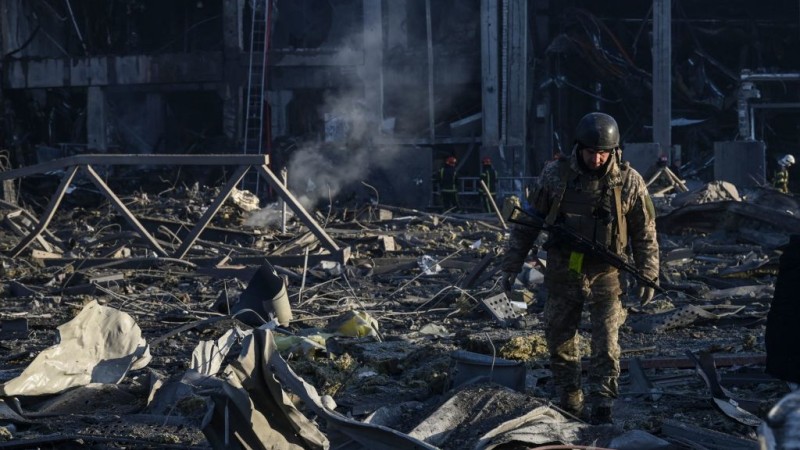 British volunteers have been blamed for a missile strike that killed 35 people at a Ukrainian training facility because their phone signals gave away the base’s location.

“Between 12 to 14 British phone numbers starting with the +44 national dialling code were visible to surveillance equipment a short time before the Russian missile strike on the Yavoriv training facility in western Ukraine on the 13th of March,” reports Breitbart.

“Mercenaries who were contracted by the Wagner Group, a military company linked to Moscow, may have been operating nearby at the time of the strike, according to reports, and specialists fear they would have been able to pick up, locate, and target a concentrated group of British mobile phone signals and pass the information to Russian forces.”

The story once again highlights the danger of badly trained foreign volunteers traveling to the front lines of a hot war.

Following President Zelensky’s call for foreign fighters to join the cause, the legacy media in the west breathlessly amplified the moral crusade of Brits and Americans making perilous journeys in the name of ‘supporting Ukraine’.

The Biden White House also held a meeting with TikTok influencers, telling them to bolster NATO propaganda narratives and encourage their young audience to do their bit to ‘support Ukraine’.

“It’s a pain knowing I could be doing something and I’m not.”

The Halfords worker said: “I mean I’m scared. If you’re not scared you’re not human. But people – normal civilians – are being bombed.” pic.twitter.com/VpUbdhbmag

Members of the predominantly leftist Reddit community also egged each other on to volunteer to fight in Ukraine despite their military experience extending to obsessively playing Call of Duty.

Their desire to virtue signal about supporting Ukraine by posting information that gave away the location of bases and training facilities also led to such sites being targeted and bombed by Russian forces.

Numerous reports have now emerged of volunteers being treated like “cannon fodder,” having their passports ripped up and sent to the front lines while being told they won’t be able to go home until the war is over.

36-year-old British man Ben Spann, who had no military experience, left his wife and children and traveled to Ukraine without their knowledge to fight but told Sky News he soon left after realizing he was facing a “suicide mission.”

Spann said he was kept in a safe house with no beds or running water for 5 days and had a gun pointed at his head by a Ukrainian SWAT team.

Upon returning to the UK, Spann said those without military experience “can be more of a burden” to actual fighters and that in hindsight he had traveled there to boost his own “ego.”

There are also reports that such individuals are being slaughtered by the Russian bombardment of towns and cities.

Was it really worth it for the Instagram dopamine war selfie?

For those even remotely thinking about going over to Ukraine to volunteer, watch this shit first before you do. Please spread this around. pic.twitter.com/Hxr69eVJn9