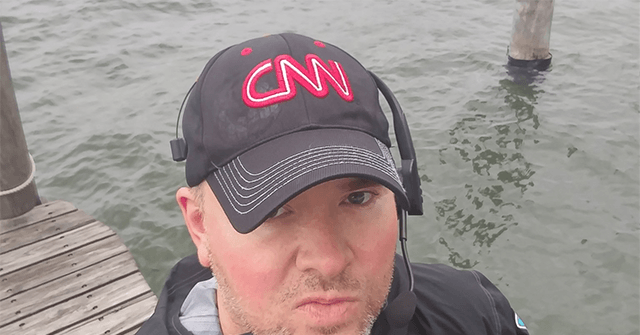 The wife of John Griffin, a former CNN producer facing several charges of sex-trafficking minors, has reportedly filed for divorce.

The information was according to court papers obtained by the New York Post, the outlet said Saturday.

Allyson Griffin, 46, seeks full custody of the couple’s three kids, alimony, and the family’s $4.5 million Norwalk, Conn. mansion. The Jan 17 filing requests that her husband be barred from entering the estate. She claims in court papers that her spouse’s “arrest for various crimes has created a toxic environment.”

John Griffin was indicted last month by the U.S. Attorney of Vermont and accused of contacting mothers on the Internet and encouraging them to go with their young daughters for “sexual subservience” training inside the man’s Ludlow ski villa.

The man told the alleged victims a “woman is a woman regardless of her age,” according to a Department of Justice news release. “Griffin sought to persuade parents to allow him to train their daughters to be sexually submissive.”

.@ChrisCuomo says he can get me blessed by #PopeFrancis thanks to my “giant baby head.” Let’s try it, shall we?? pic.twitter.com/2Eed5dlySF

Griffin and his wife reportedly separated in 2020 but had apparently been working on their marriage.

“Allyson, like everyone else, was stunned and horrified to hear about the charges against her estranged husband, and her heart absolutely breaks for any potential victim in this case,” the woman’s attorney, Jon Whitcomb, explained to the Post.

“She had absolutely no knowledge of any alleged wrongdoings. The couple has been separated for nearly two years, and Allyson has now filed for divorce. She remains focused on raising her children and serving her community,” he added.

John Griffin faces ten years to a life sentence behind bars if he is convicted in the case.

In December, CNN was betting on its digital streaming service CNN+ set to debut early this year, however, several internal scandals threatened to take the spotlight prior to its reveal, Breitbart News reported.

“Rick Saleeby, who was a senior producer for CNN’s The Lead with Jake Tapper, is under criminal investigation following a Project Veritas investigation alleging Saleeby solicited sexually explicit photos of an underage girl,” the outlet said.