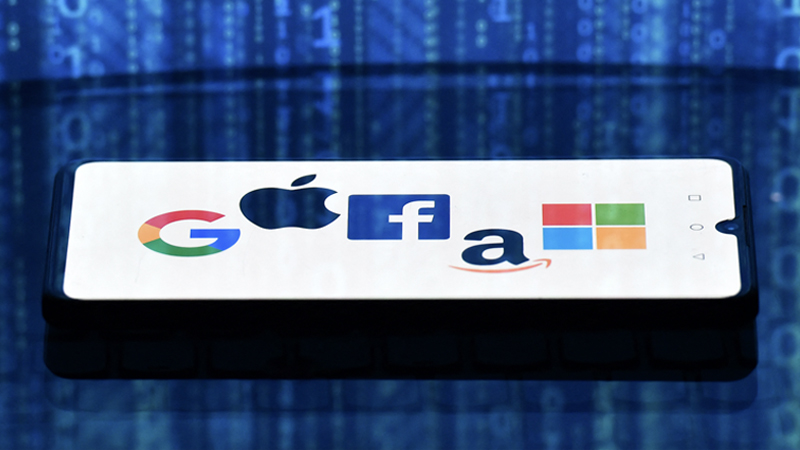 A familiar group of former intelligence officials penned a letter calling on Congress to protect Big Tech’s monopoly power over the flow of online information in the name of national security, namely to fight against Russian “disinformation.”

The letter, signed by Obama-era DHS, CIA, and DNI officials on Monday, warns that pending legislation seeking to break up Google, Facebook, and Amazon’s monopoly would jeopardize national security and undermine US policy to fight back against Russia and China’s “digital authoritarianism.”

“In the face of these growing threats, U.S. policymakers must not inadvertently hamper the ability of U.S. technology platforms to counter increasing disinformation and cybersecurity risks, particularly as the West continues to rely on the scale and reach of these firms to push back on the Kremlin,” the officials wrote.

“But recently proposed congressional legislation would unintentionally curtail the ability of these platforms to target disinformation efforts and safeguard the security of their users in the U.S. and globally.”

These Deep State officials then call on numerous congressional committees with close ties to the national security state to review all legislation that seek to break up Big Tech or promote market competition in the social media space.

“We call on the congressional committees with national security jurisdiction – including the Armed Services Committees, Intelligence Committees, and Homeland Security Committees in both the House and Senate – to conduct a review of any legislation that could hinder America’s key technology companies in the fight against cyber and national security risks emanating from Russia’s and China’s growing digital authoritarianism.”

Journalist Glenn Greenwald noted in his SubStack on Wednesday that these officials have a vested financial and political interest to protect Big Tech’s “stranglehold on political discourse”, and their letter is a blatant “act of desperation.”

Needless to say, the U.S. security state wants to maintain a stranglehold on political discourse in the U.S. and the world more broadly. They want to be able to impose propagandistic narratives without challenge and advocate for militarism without dissent. To accomplish that, they need a small handful of corporations which are subservient to them to hold in their hands as much concentrated power over the internet as possible.

If a free and fair competitive market were to arise whereby social media platforms more devoted to free speech could fairly compete with Google and Facebook— as the various pending bills in Congress are partially designed to foster — then that new diversity of influence, that diffusion of power, would genuinely threaten the ability of the CIA and the Pentagon and the White House to police political discourse and suppress dissent from their policies and assertions. By contrast, by maintaining all power in the hands of the small coterie of tech monopolies which control the internet and which have long proven their loyalty to the U.S. security state, the ability of the U.S. national security state to maintain a closed propaganda system around questions of war and militarism is guaranteed.

But the Hunter Biden story was so thoroughly documented and verified by numerous news outlets that even The New York Times eventually had to admit Hunter’s laptop was authentic.

The 50 intel officials have still refused to apologize for misleading the American people for claiming without evidence that Hunter’s laptop was Russian disinformation.

That alone is smoking gun evidence that these former intelligence officials don’t give a lick about “disinformation,” rather they’re worried that Big Tech’s ability to advance the Deep State’s censorship and propaganda policies domestically and abroad is now threatened.