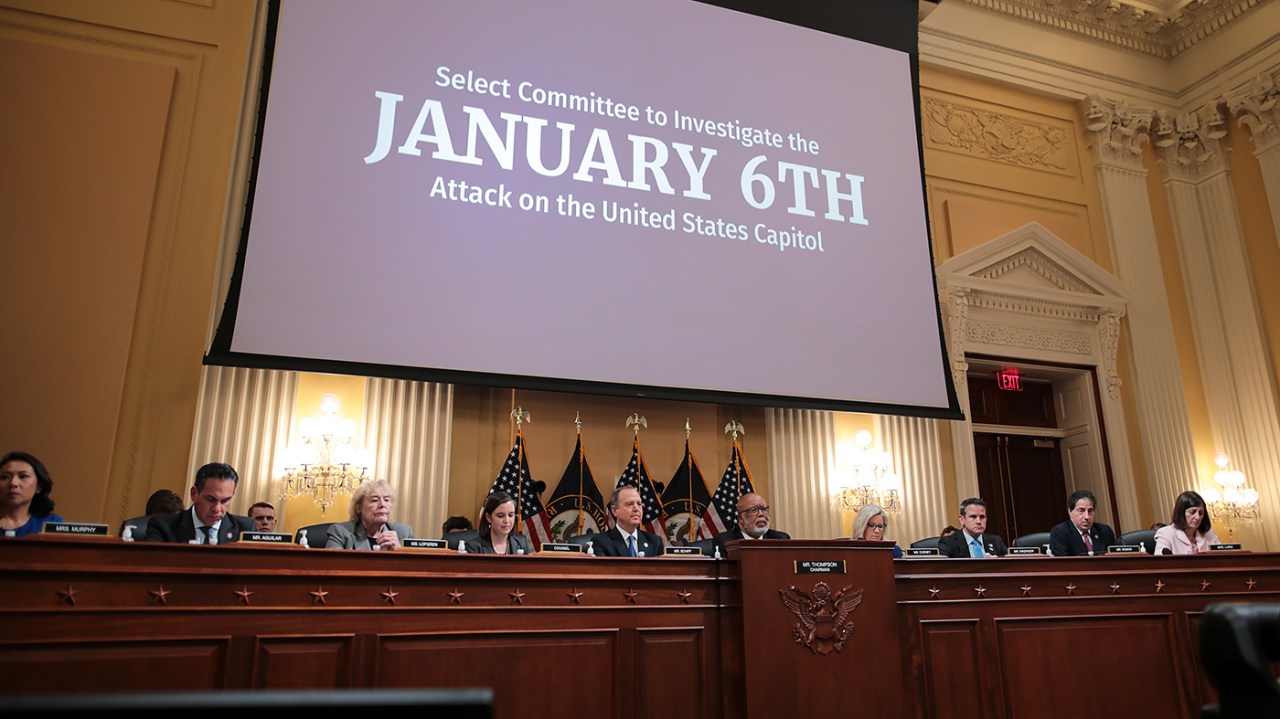 Cassidy Hutchinson, a former special assistant to Trump chief of staff Mark Meadows, is the mystery guest that will speak at a last-minute hearing organized by the Jan. 6 committee, according to multiple reports.

Hutchinson has already provided a wealth of information to the committee, sitting with its investigators over the course of three separate interviews.

It was a taped deposition with Hutchinson that the committee used to detail which Republican lawmakers had sought pardons from Trump. It was her testimony that indicated that Meadows had been warned about the potential for violence on Jan. 6. And Hutchinson also told investigators White House lawyers had advised against the Trump campaign alternate elector scheme.

Hutchinson would be the first White House employee to testify publicly before the committee. Her appearance was first reported by Punchbowl News.

While Meadows proved an elusive subject for the committee, Hutchinson has been able to detail many of the goings on at the White House in the days leading up to Jan. 6.

She detailed numerous meetings Meadows organized with lawmakers,  and was in the West Wing on Jan. 6.

Her appearance comes after the committee reversed course in announcing it would suspend hearings until July, announcing a hearing with exactly 24 hours notice and without providing any other details as to the identity of its new witness.

Instead, the committee only said it would convene to “present recently obtained evidence.”

The move left speculation over who would appear, particularly after its Vice Chair Liz Cheney (R-Wyo.) made a public plea for former White House Counsel Pat Cipollone to appear for testimony. The committee had also recently interviewed a British documentarian after subpoenaing footage from his interviews with former President Trump, his children, and Vice President Mike Pence.

Hunt did not respond to request for comment on Hutchinson’s appearance, nor did the committee.

Footage from Hutchinson’s interviews with the committee appeared as recently as Thursday.

“I guess Mr. Gaetz and Mr. Brooks, I know, have both advocated for there to be a blanket pardon for members involved in that meeting…. Mr. Gaetz was personally pushing for a pardon, and he was doing so since early December,” Hutchinson was shown saying via video clip.

“Mr. Biggs did. Mr. Jordan talked about Congressional pardons, but he never asked me for one.”

CNN also previously reported it was Hutchinson who informed the committee of Trump’s indifference to chants of “Hang Mike Pence,” suggesting the supporters “have the right idea.”

But other snippets of Hutchinson’s insights into Jan. 6 have come though the committee’s court battle to try and get Meadows to turn over remaining documents.

“We had intel reports saying that there could potentially be violence on the 6th,” Hutchinson told the panel in a portion of a transcript shared in court documents in April.

In that same batch they also released another portion indicating White House counsel was pushing back against the fake elector scheme as early as the first or second week of December.

“Hey, this isn’t legally sound, we have fleshed this out internally, it’s fine that you think this but we’re not going to entertain this in an official White House capacity on behalf of the President, we’re putting a stop to this,” Hutchinson characterized the White House Counsel’s Office as saying.