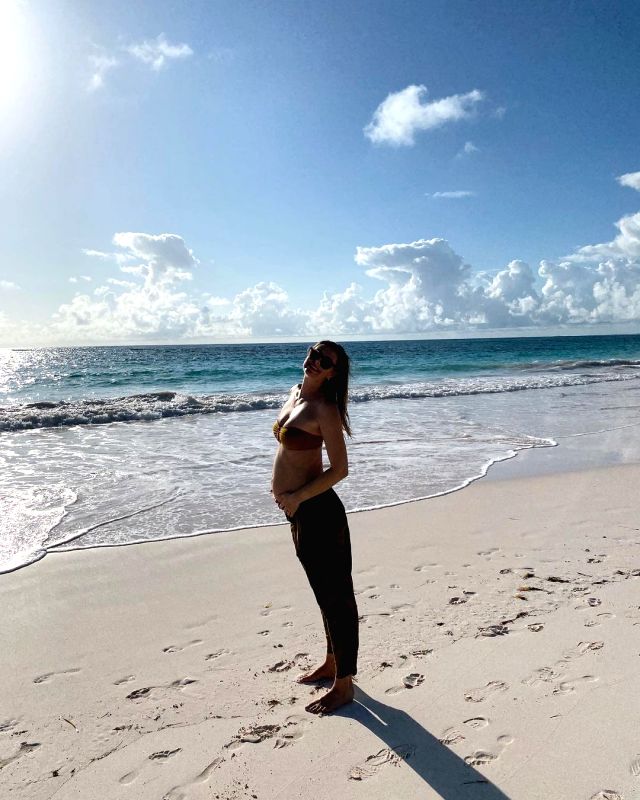 New York, April 20 : Retired tennis star and five-time Grand Slam champion, Maria Sharapova, has announced on her 35th birthday that she is expecting her first child with fiance Alexander Gilkes.

Sharapova announced the news with an Instagram post, where the bikini-clad former world No. 1 posed by the ocean and made a cheeky reference to her special day, according to wtatennis.com on Wednesday.

“Precious beginnings!!!” she wrote, coupled with a white heart and angel emoji. “Eating birthday cake for two has always been my specialty.”
Sharapova and Gilkes, a British businessman, have been in a relationship since 2018. They announced their engagement last December on Instagram, said the report.

A frequent guest in Sharapova’s player’s box while she was on tour, Gilkes also accompanied her off the court to star-studded affairs including the famed Met Gala in New York in 2019 and 2021.

“Sharapova retired from tennis in 2020, just before the onset of the Covid-19 pandemic, and her last career match was a first-round defeat to Croatia’s Donna Vekic at that year’s Australian Open. She is just one of 10 women to win all four Grand Slam tournaments all-time, winning five in all, and spent 21 weeks at the top of the WTA rankings,” according to WTA.