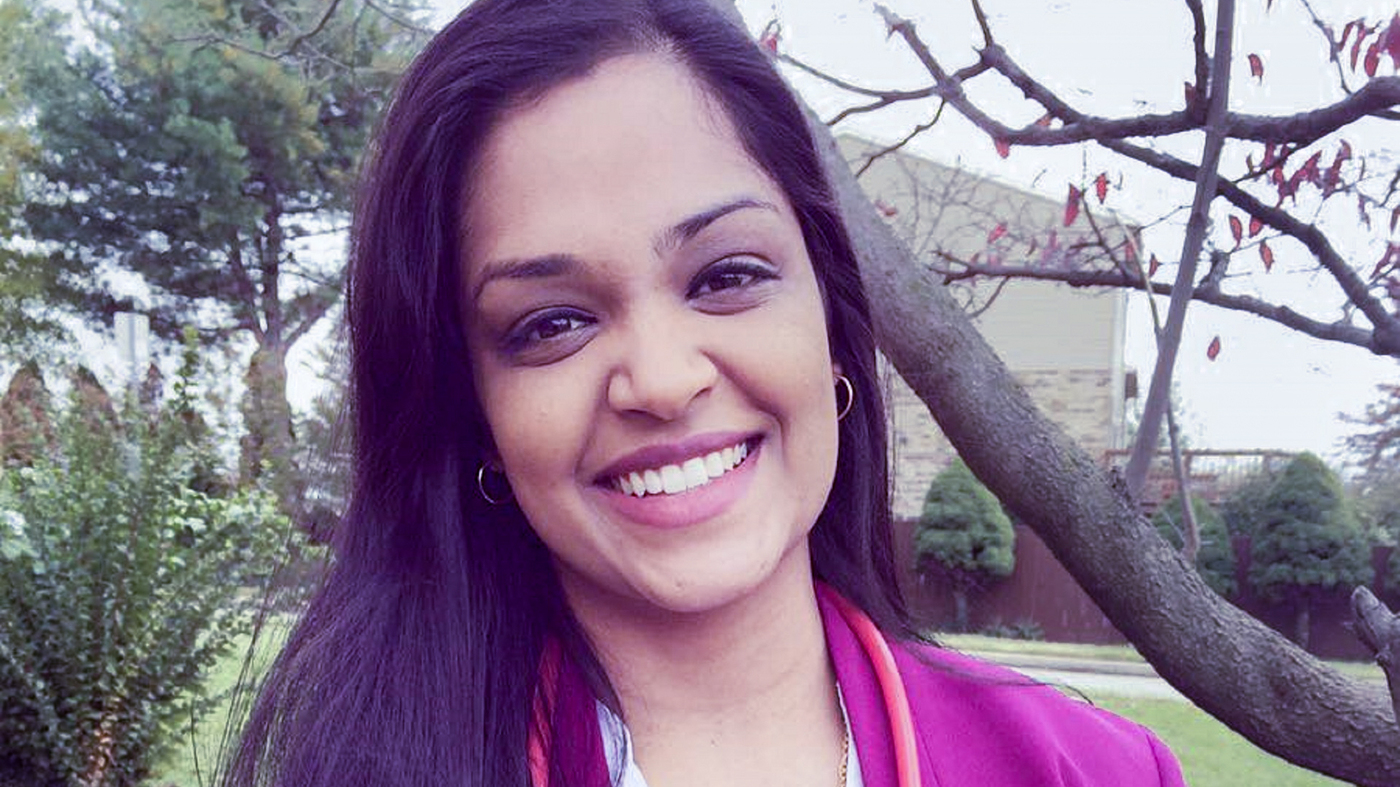 The Pennsylvania State Board of Nursing told Pereira it would take about 12 weeks for her to get licensed to work in the state. Pereira had been working long hours as a shock trauma nurse in Maryland and was ready for a break. She had just gotten married. She and her husband were moving to eastern Pennsylvania. And they had a honeymoon booked in Jamaica.

Reeny Pereira had been a licensed nurse in Maryland for years. But when she moved to Pennsylvania, that state wouldn’t recognize her license. Pereira had to wait five months for a new Pennsylvania license.

Reeny Pereira had been a licensed nurse in Maryland for years. But when she moved to Pennsylvania, that state wouldn’t recognize her license. Pereira had to wait five months for a new Pennsylvania license.

While she was on that honeymoon in late August, the nursing board emailed her to ask that she submit a copy of her Maryland state employment background check — and as a result, she would have to wait another 12 weeks.

Pereira says she called the nursing board help line innumerable times over the next two months. Average hold times were an hour or longer.

In November, after another hour on hold, a call center worker told her she would have to wait for another 12 weeks.

“That’s when I lost it,” Pereira says. “I asked if I could talk with a manager, and he said no. That’s when I hung up.”

Pereira did the only things she could do. She gave the Pennsylvania nurse licensing board a one-star review online. And she emailed the governor. Pereira recounts what she wrote:

“I understand there are staffing shortages everywhere. The state needs me.”

She got an automated reply in return.

Weeks passed. In January, her license was finally granted — five months and three weeks after she applied.

At last, Pereira was allowed to work as a nurse in Pennsylvania.

Pennsylvania had one of the longest waits

While she had to wait longer than some, her story is not unique. More than half of the 12,000 nurses who were issued licenses to work in Pennsylvania in 2021 waited for three months or longer to get them, according to an NPR data analysis.

That’s one of the longest waits in the 32 states where data is available, NPR’s Austin Fast found in an investigation that revealed license applications of newly graduated or relocating nurses often get tangled in red tape for months, waiting for state approval to treat patients.

The delays came during a year when as many as 1 in 4 Pennsylvania nurse positions went unfilled, according to a survey from the Hospital and Healthsystem Association of Pennsylvania.

Nurses and health care groups say the failure to promptly certify nurses added to the critical staffing shortage during some of the worst months of the coronavirus pandemic.

“They’re emotionally exhausted; they’re physically exhausted. We add to that the frustration of not being able to get your license,” says Betsy Snook, CEO of the Pennsylvania State Nurses Association. “Now you can’t even work. You’re at the mercy of the State Board of Nursing.”

For Kelleigh Eckenrode, the wait wasn’t worth it.

Eckenrode is a registered nurse with 10 years of experience already licensed in Connecticut, Massachusetts and California. Like Pereira, she’s also licensed in Maryland — one of the states that is part of an agreement among states called the Nurse Licensure Compact. The compact allows a nurse who is licensed in one state to work in other states included in the compact.

Pennsylvania has joined the compact, but its membership is not active yet. So when Eckenrode decided to work there to be closer to family, she had to apply for a license.

Eckenrode, a post-anesthesia care unit nurse, applied in early August and was told to expect a four- to six-week wait. After being unemployed for a month, Eckenrode took a temporary assignment in North Carolina, an NLC state.

Some nurses give up and get jobs in a different state

Another four weeks later, she wrapped up that assignment and returned home. It had been eight weeks since she applied for her Pennsylvania license.

Eventually, Eckenrode got tired of calling the state’s customer service line. She had recently renewed her license in California, so when she got a lucrative offer to work in San Francisco in early December, she decided to pack her bags.

About a week later, on Dec.15, Eckenrode’s Pennsylvania license was approved. It had taken 18 weeks.

“I just felt like it could have been handled better,” Eckenrode said. “When I called, nobody had any sense of urgency or really cared, which is kind of surprising to me knowing that we need nurses everywhere. It was just a little disappointing.”

Ellen Lyon, spokeswoman for the Pennsylvania Department of State, which oversees the State Board of Nursing, says the COVID-19 pandemic affected the licensure system. She says Pennsylvania’s licensure process is more transparent than in most states, resulting in longer waits, and adding that wait times have since improved.

Additionally, Lyon says, the department was prohibited from issuing waivers that would keep temporary licenses from expiring — like it did earlier in the pandemic — because of a May 2021 voter referendum that limited the governor’s power to issue emergency orders. That effort, led by the GOP-controlled state legislature, was widely seen as a rejection of Democratic Gov. Tom Wolf’s public health measures during the pandemic.

Ultimately, it’s the patients who feel the effects of licensing delays, according to Janet Tomcavage, chief nursing officer at Geisinger Health System.

“Delays in getting nurses to the bedside to care for patients requires our current staff to work significant overtime, adding to burnout and further loss of nurses,” Tomcavage says. “It also requires hospitals to hire more agency staff, which drives the cost of health care higher, and in many cases closes down beds that cannot be staffed.”