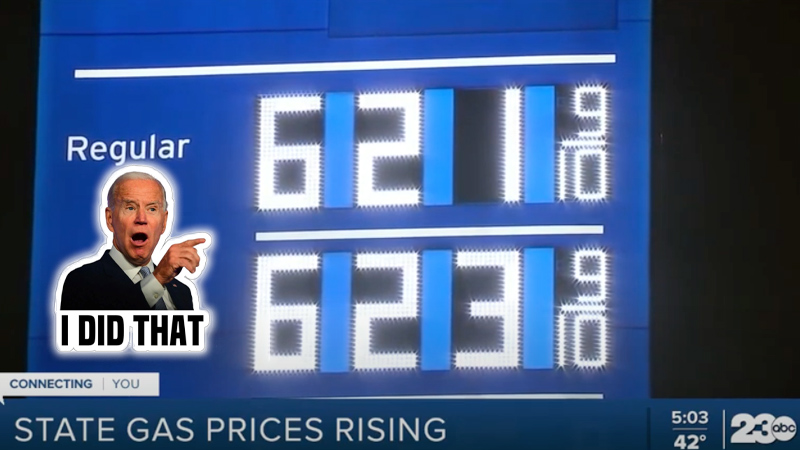 Fuel customers in California were in for a shock this week as gas prices at the pump hit upwards of $6 in downtown Los Angeles.

In a report by Bakersfield ABC affiliate KERO-TV, gas station customers expressed being overwhelmed by the extremely high gas prices.

“They’re too damn high,” one customer told reporters, adding it’s made commuting much more difficult as she normally fills her tank three times a week.

In addition to high demand, the expensive fuel cost is directly correlated to the price of crude oil hitting $99 a barrel as fears increase the Biden administration could imminently get militarily involved in the Russia-Ukraine debacle.

Meanwhile, the American people are stuck bent over a barrel.