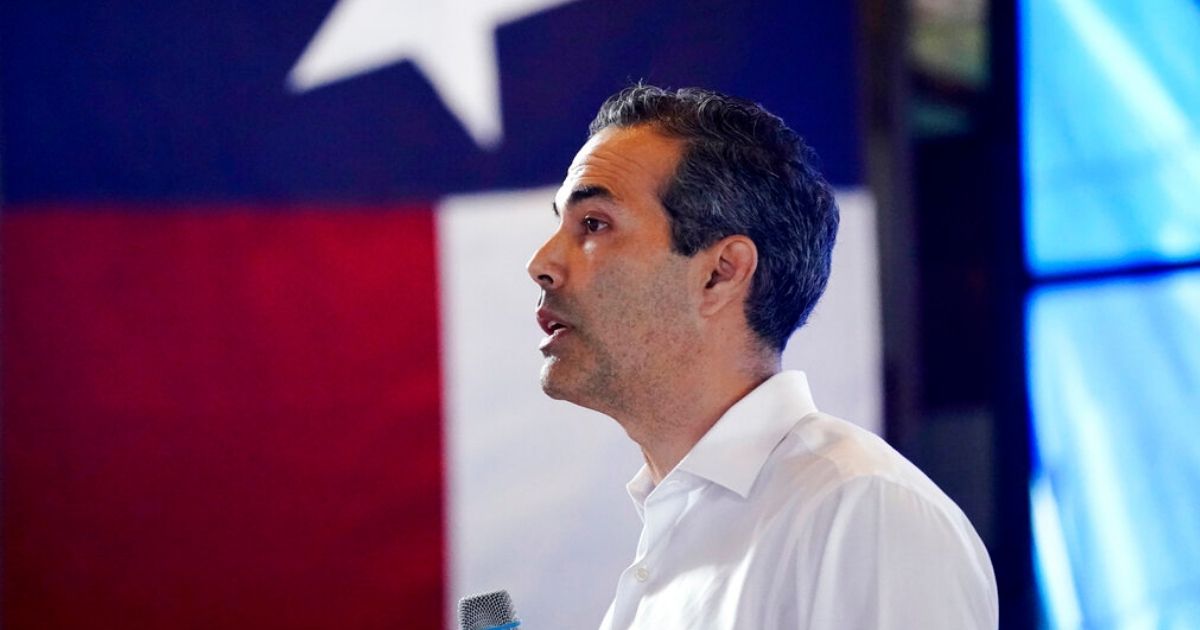 It sounds like he’s running for the wrong office.

Texas Attorney General candidate George P. Bush revealed that he plans on “staying out of the courthouse” if elected as Texas’ top prosecutor.

Bush was speaking to a Texas teacher on Wednesday. He is challenging incumbent Ken Paxton in the Republican primary.

He said that he opposes critical race theory, but questioned the idea that the Texas Attorney General should pursue school districts for violating state law through its instruction.

This was a striking question from a young teacher who said he has been vilified for “indoctrinating” kids with CRT.
Bush says CRT has been “overly politicized” but notes he does oppose it and condemns an event in his ISD called “Drag Queen Tuesday.”
I cant find anything on that pic.twitter.com/3PAfWz1jjc

Bush has said that he plans to use the powers of the office to secure the border, a topic on which Paxton has aggressively sued the Biden administration.

“We need a nuanced approach, an attorney that’s not just trying to score political points,” said Bush of Paxton.

The younger Bush described himself as a lawyer who seeks to avoid litigation at all costs, claiming that critical race theory had been “overly politicized.”

He’s the fourth generation of the famed globalist political dynasty to serve in elected office, currently serving as Land Commissioner of Texas.

Bush knocked Paxton in even sharper terms in an interview at the same event, pointing out that the incumbent is under indictment and likening him to a “22-year swamp creature.”

George P. Bush pulled no punches responding to Attorney General Paxton’s criticism of “the Bush dynasty” tonight: “it’s not conservative to cheat on your wife, to abandon the Constitution, to accept bribes,” calling him a “22-year swamp creature.”
Early voting begins in 5 days. pic.twitter.com/k7FqCy3Y41

Paxton won 42.7 percent of the vote in the March primary, and he’s slated to face off against Bush in a runoff election on May 24.

If Bush were to be elected, it seems as if parents would be on their own.

The post George P. Bush Attacks Ken Paxton for Mask, CRT Lawsuits: I'd Be 'Staying Out of the Courthouse' as AG appeared first on The Western Journal.