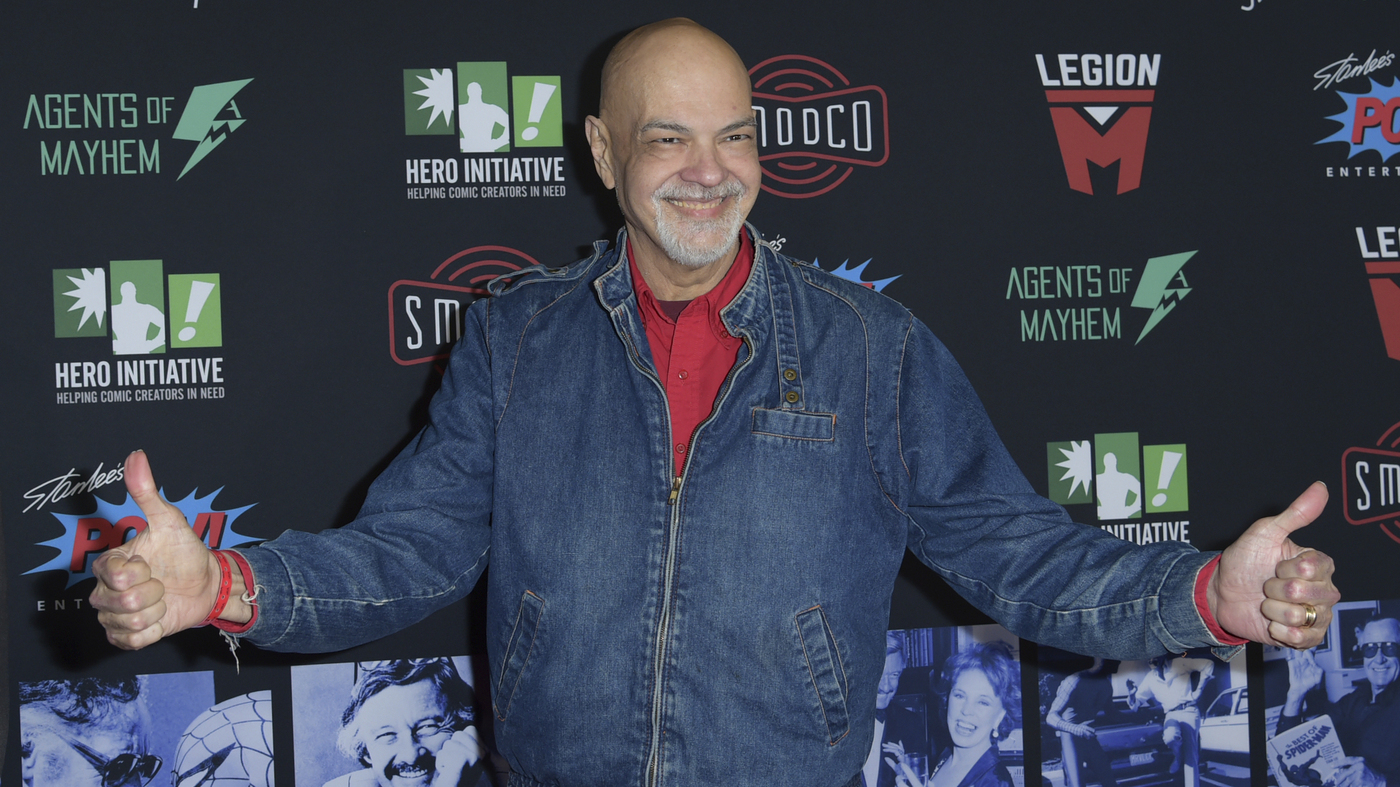 George Pérez, a celebrated comic book writer and artist, died at age 67 on Friday. Here, the artist is seen in 2019 at Excelsior! A Celebration of the Amazing, Fantastic, Incredible & Uncanny Life of Stan Lee, at the TCL Chinese Theatre in Los Angeles.

George Pérez, a celebrated comic book writer and artist, died at age 67 on Friday. Here, the artist is seen in 2019 at Excelsior! A Celebration of the Amazing, Fantastic, Incredible & Uncanny Life of Stan Lee, at the TCL Chinese Theatre in Los Angeles.

George Pérez, a famed comic book artist who was influential in shaping the Wonder Woman character people know today, died on Friday. He was 67.

A family friend announced the news in a post on social media. Pérez died peacefully at his home with his wife by his side, said Constance Eza. He had an advanced stage of pancreatic cancer.

“We are all very much grieving but, at the same time, we are so incredibly grateful for the joy he brought to our lives,” Eza wrote on Saturday. “To know George was to love him; and he loved back. Fiercely and with his whole heart. The world is a lot less vibrant today without him in it.”

In a career that spanned over four decades, Pérez’s meticulous pencil was behind some of the biggest comic book heroes. He co-created The New Teen Titans at DC Comics in 1980 and drew The Avengers for Marvel Comics. He helped ink the closure of a chapter on Superman.

Pérez’s mid-’80s reboot of Wonder Woman returned the superheroine to her Greek mythology origins. Patty Jenkins, who directed the Wonder Woman movies, has cited Pérez’s interpretation of the character as a major influence.

In a post remembering Pérez, DC Comics described the artist as a “writer, co-plotter, penciller, and inker,” who left his mark on the Man of Steel. Pérez designed villain Lex Luthor’s iconic purple-green warsuit in Action Comics, and penned stories for The Adventures of Superman.

After he was brought on to work on DC’s New 52 version of Superman in 2011, Pérez lamented “corporate comics.” He called his brief stint on the project “the nadir of my career,” and suggested he was unhappy with top-level changes to his contributions.

“If the fans love it, fantastic, my name’s attached to it. If they don’t like it, I can’t help that, even though my name’s still attached to it,” Pérez told ComicBook.com.

“George Pérez had an art style that was both dynamic and incredibly expressive,” said DC Publisher and Chief Creative Officer Jim Lee. “His art was the perfect storytelling canvas for some of the most important events in DC history. While he will be sorely missed, his work will live on with a countless number of fans, as well as all the talent he’s influenced over the years.”

After Pérez was diagnosed with stage 3 pancreatic cancer in late November, friend Constance Eza kept fans updated on Pérez’s health with frequent posts on his Facebook page. Fans responded by flooding the comments with well wishes and photos they’d taken with Pérez at comic conventions — as they did over the weekend.

“George’s true legacy is his kindness,” Eza wrote on Saturday. “It’s the love he had for bringing others joy — and I hope you all carry that with you always. Today is Free Comic Book Day. A day George absolutely loved and a fitting day to remember his contributions to comics and to our lives. I hope you’ll enjoy your day today with him in mind. He would have loved that.”