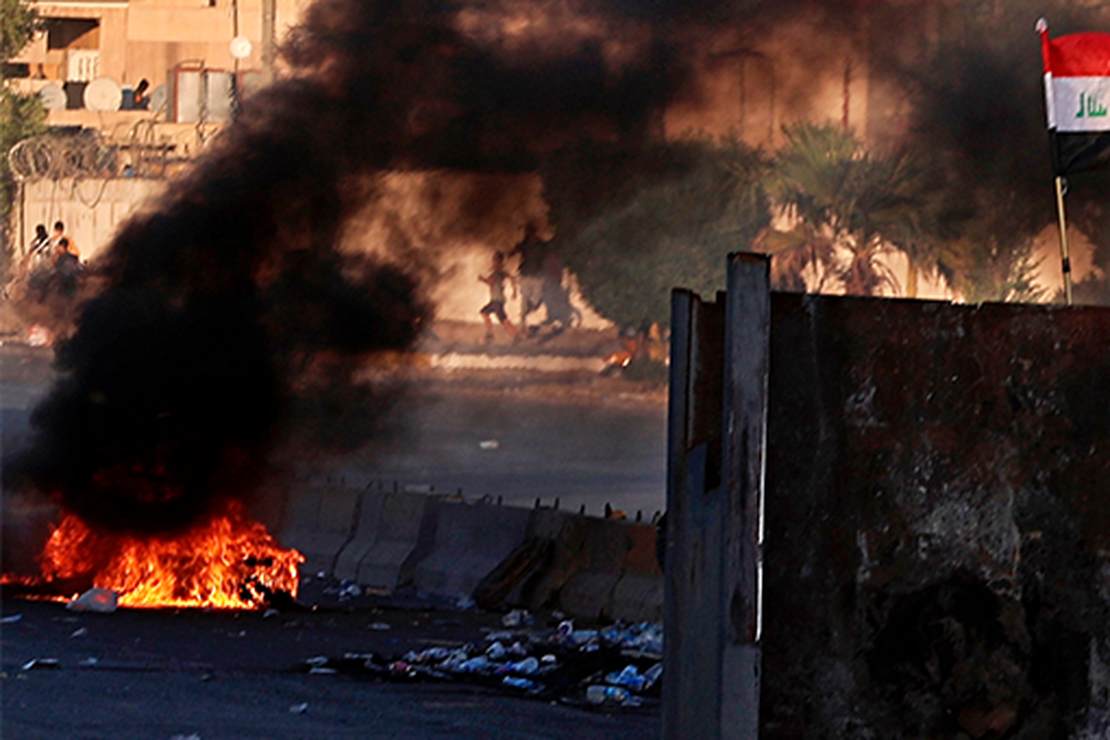 The George W. Bush Institute hosted an event Wednesday, partnering with several organizations. The event was titled “Elections — A More Perfect Union.” The former president delivered comments, including comparing President Zelensky to Winston Churchill. Unfortunately, during his remarks, he made a glaring gaffe which caused him to immediately correct it. He mixed up Ukraine and Iraq in commenting about Putin’s invasion into Ukraine.

In baseball terminology, it was a swing and a miss. Bush was trying to slam Putin for the invasion into Ukraine and ended up reminding everyone about his choice to go to war in Iraq. In typical Bush style, he shrugged off his gaffe and blamed it on his age. He’s 75. That broke the tension.

Bush delivered remarks regarding the importance of democracy and threats to democracy in the U.S. and abroad.

“In contrast, Russian elections are rigged,” he said. “Political opponents are imprisoned or otherwise eliminated from participating in the electoral process. The result is an absence of checks and balances in Russia and the decision of one man to launch a wholly unjustified and brutal invasion of Iraq. I mean of Ukraine.”

Bush shrugged and said, under his breath, “Iraq, too.” Russia has not invaded Iraq, and the Kremlin reportedly gave Saddam Hussein’s government intelligence to combat the U.S. invasion early on.

We all make mistakes and none of us are getting any younger. But, holy cow, that was quite a slip. Other than the war in Afghanistan, it is hard to think of any foreign policy issue in the last couple of decades that has brought such political division and angst to Americans. Colin Powell carried the stain of disgrace the rest of his life for going to the U.N. and presenting an argument that Iraq possessed weapons of mass destruction. The room went silent when Bush made the gaffe. Those present Wednesday included Condi Rice.

Bush’s speech lasted ten minutes. It was not the first time he compared Zelensky to Churchill. He did so after a virtual call to him earlier this month. It’s a legitimate observation. Zelensky has shown courage and resolve when other world leaders hesitated to do so, including Joe Biden.

But during his 10-minute speech, Bush also made a verbal faux pas while referring to Russian President Vladimir Putin, whom Bush noted has brutally stifled popular dissent and had political opponents imprisoned.

“The result is an absence of checks and balances in Russia, and the decision of one man to launch a wholly unjustified and brutal invasion of Iraq,” Bush said, before wincing and correcting himself. “I mean, of Ukraine.”

The comment left the audience in an awkward silence. Then, Bush shrugged and said under his breath: “Iraq, too.”

Speaking in Dallas this afternoon, former President George. W Bush made a significant verbal slip-up while discussing the war in Ukraine.

He tried referencing what he described as the “wholly unjustified and brutal invasion” — but said Iraq, instead of Ukraine. pic.twitter.com/tw0VNJzKmE

The event at the Bush Presidential Center was used to slam Trump and the events of January 6, though Trump’s name was not specifically used. It’s no secret that Bush was not a Trump supporter and after January 6, he became more vocal in his criticisms.

Speakers at the Bush Center event included author and historian Jon Meachem, former Secretary of State Condoleezza Rice, and elections officials from New Mexico, Arizona and Florida, where the results of the 2020 election were heavily contested and subjected to audits and lawsuits.

While Trump’s name was mentioned only sparingly during Wednesday’s event at the Bush Center, references to Jan. 6 and his refusal to accept the outcome of the 2020 election were made early and often.

It’s a little ironic that Meachem, a self-proclaimed historian, dwelled mostly on January 6 and doesn’t seem to have mentioned the catastrophe of the 2000 election. That election was supposed to be the end of democracy, according to the Democrats at that time. Remember all the shenanigans with hanging chads and cherry picked counties for recounts by Team Gore? Both the events of January 6 and the 2000 presidential election proved how strong our system is, in my humble opinion. We survived and will be stronger for it all.