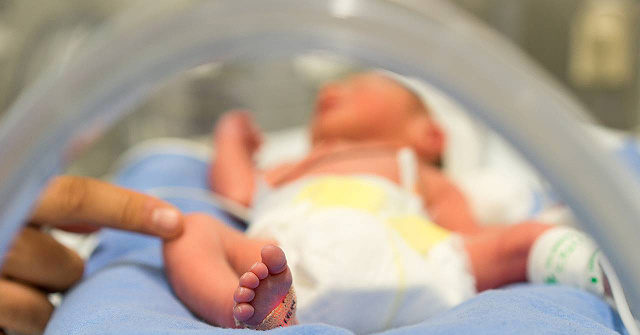 An 18-year-old Georgia resident Bryn Hammock, who refined her sewing skills during the pandemic, spearheaded an effort to produce 140 weighted gloves, which she calls “Tiny Hugs,” to comfort infants in the newborn intensive care units (NICU) at her local hospitals.

It all began when Hammock learned that parents could only spend two hours daily with their newborns in NICUs under pandemic restrictions, People reported. She then heard of bead-filled gloves meant to comfort newborns from her grandmother, Deanna Simmons, who happens to be a pediatric nurse.

“It basically is like a weighted blanket for the babies in the NICU,” Hammock told 11Alive. “It feels like they have a hand on them when their parents can’t be there with them.”

“I heard they were alone in the hospital, and I was like ‘Wow, they really need this,’” she told People.

Hammock, a girl scout, also had her eyes set on the Gold Award, the highest honor the Girl Scouts of America has for ambassadors and senior girl scouts, the organization’s website states.

She decided the weighted gloves for newborns would be the best way she could serve the smallest and most vulnerable members of her community, but there was one obstacle in the way.

“I could sew by hand, but I had never sewn with a machine before,” Hammock told 11Alive.

She sought the counsel of Simmons.

“I had not sewn in years, but it was like riding a bicycle. She didn’t get frustrated. It was pretty impressive,” Simmons told People.

Hammock created her first batch of “Tiny Hugs” and, with the help of her mother, Kelley Hammock, produced an instruction video on how to make them while also fashioning a team of 18 volunteers, People said. The group set out to make 30 “Tiny Hugs,” but when all was said and done, they manufactured 140.

Kelley told the outlet that watching her mother and daughter, who spent time in NICU when she was a baby, work together to benefit infants was immensely heartwarming and meaningful to observe.

The group distributed the Tiny Hugs to seven Georgia hospitals, 11Alive noted. For her efforts, Bryn earned the Gold Award.

“I love Bryn’s project. Through simple sewing supplies and the will to make a difference, she brought comfort to infants (and their parents) at a critical time,” she explained.

Perhaps more meaningful than the Gold Award were the letters the caring teen received from hospital staff.

Technical Intensive Care Unit (TICU) Nurse Trisha Whitley from Children’s Healthcare of Atlanta at Scottish Rite sent a message to Hammock, informing her that the products were being put to great use.

“The Tiny Hugs you sent us have been greatly used and appreciated by our little ones and staff. Your efforts have warmed a lot of hearts around the TICU, and the world is a better place with people like you in it,” Whitley wrote, according to People.