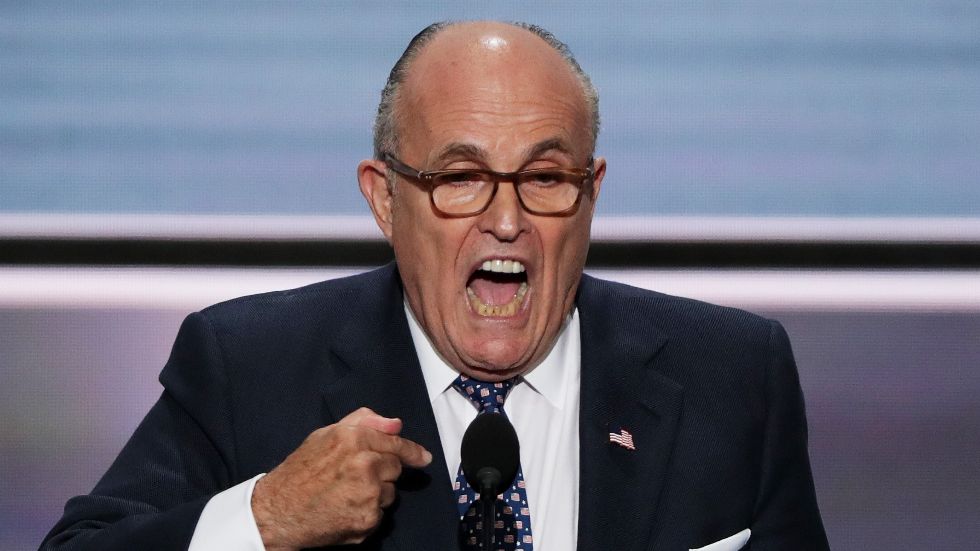 Former New York City Mayor Rudy Giuliani was attacked by an employee at a Staten Island supermarket on Sunday, according to authorities.

The New York Police Department (NYPD) confirmed to The Hill on Sunday that Giuliani was slapped in the “mid-back” at a ShopRite while on the campaign trail for his son Andrew’s gubernatorial campaign.

“All of a sudden, I feel this, ‘Bam!’ on my back,” Giuliani told the New York Post, adding he nearly fell down from the blow.

“All of a sudden, I hear this guy say, ‘You’re a f–king scumbag,’ then he moves away so nobody can grab him,” he added.

The 39-year-old ShopRite employee was detained after the incident, according to the NYPD.


Emhoff to lead delegation for Marcos’ inauguration in Philippines

QAnon leader returns with first post in more than a year

The Hill has reached out to Giuliani’s camp for comment.

Giuliani has been a central figure in the ongoing public hearings on the Jan. 6 attack on the Capitol, having played a key role in efforts to overturn President Biden’s election victory.

Trump aides testified that the former mayor was visibly drunk on the night of the election, claims that Giuliani has denied.