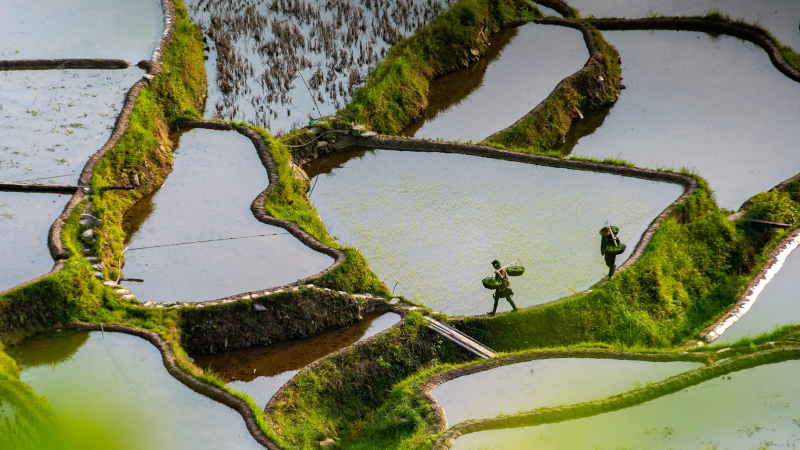 The International Rice Research Institute warns that harvests could plunge as much as 10% in the next season, equating to about 36 million tons of rice, or enough food to feed a half billion people, according to Bloomberg.

Chemical fertilizers, such as nitrogen, phosphorus, and potassium, are the most applied nutrients for high-yielding rice cultivation. Farmers have been particularly vulnerable to soaring fertilizer prices as some have reduced the amount of nutrients to save costs. This threatens future harvests as production declines could stoke food inflation for a crop that feeds half of humanity.

Humnath Bhandari, a senior agricultural economist at the institute, said the 10% drop in global rice production is a “very conservative estimate.” He said if the Ukraine conflict continued and fertilizer prices remained high and supply limited, then the decline of rice output could be even more severe. This may trigger a full-blown global food crisis, similar to the one that the UN has been warning about.

Russia and Belarus are big suppliers of every major type of crop nutrient. Western countries have sanctioned both, which have limited fertilizers shipments to the rest of the world, crimping supply and why prices are soaring. On top of this, Moscow has reduced or halted nutrient exports.

Nguyen Binh Phong, the owner of a fertilizer shop in Vietnam’s Kien Giang province, said nutrient costs have soared three-fold over the past year, forcing farmers in the region to reduce fertilizer use by up to 20% because of rising prices.

“When the farmers cut fertilizer use, they accept that they will get lower profit,” Phong said.

Bloomberg outlines a significant problem: Unlike most crop prices, the price of rice has gone down, not up, which will compress farmers’ margins even more.

Governments across Asia have kept rice prices under control to maintain social order. Some countries offer generous fertilizer subsidies to farmers to keep yields plentiful. For example, India will spend $20 billion this year to shield farmers from soaring nutrient prices, up from the $14 billion budget before the Russian invasion of Ukraine.

Bhandari said it’s “inevitable” that rice prices will go higher; “It has to be reflected somewhere.”

Maybe the world is in the beginning stages of a food crisis and could worsen next year as crops of all sorts could experience harvest declines because farmers are spreading fewer nutrients due to high prices.

Global food prices will remain at record-highs (or at least elevated levels) as forward-looking markets expect tightening supplies in 2023. This will give rise to continued social unrest (see: here & here) as the dominos fall in the weakest countries.