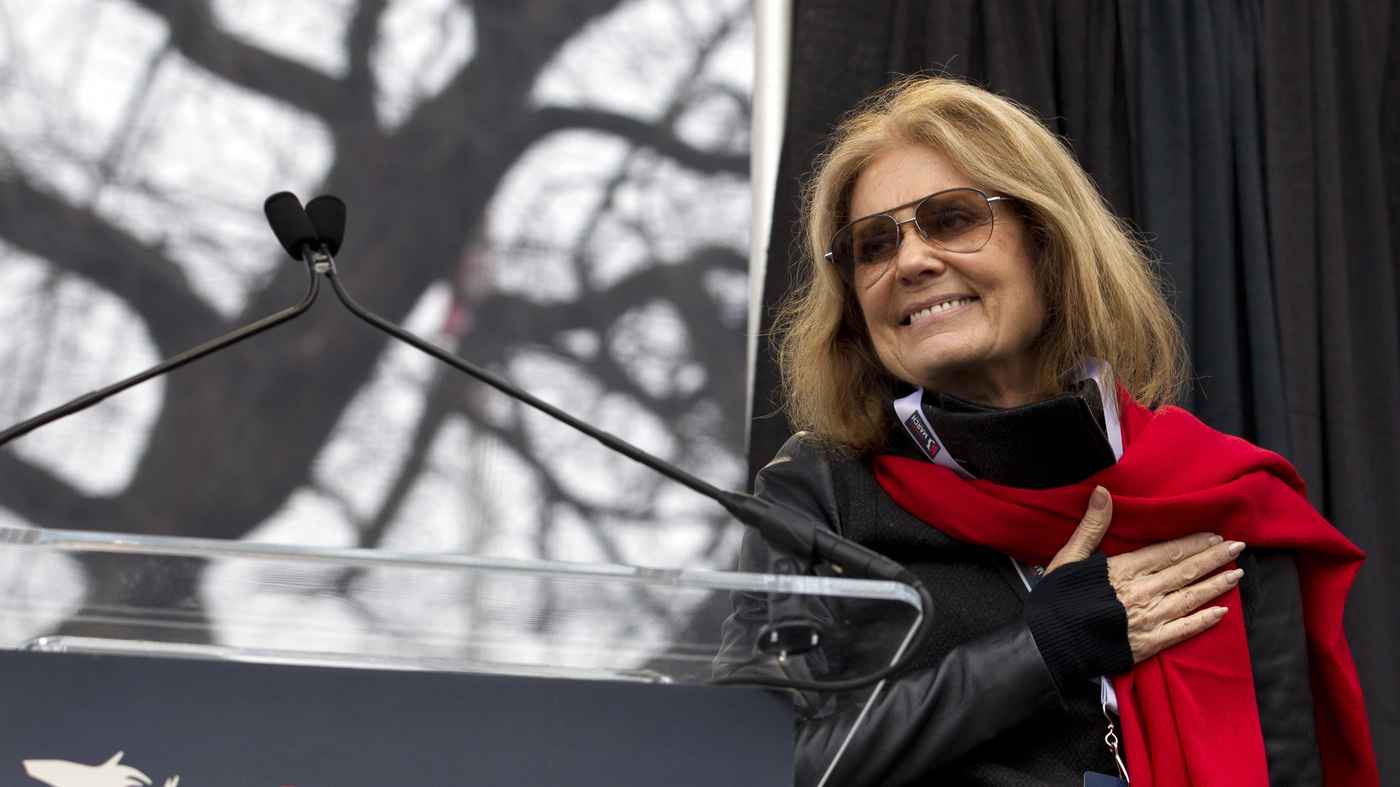 Writer and political activist Gloria Steinem has fought for women’s rights for decades.

Writer and political activist Gloria Steinem has fought for women’s rights for decades.

Gloria Steinem is in her late 80s now.

She has spent a lifetime fighting for women’s rights — including their right to control their own reproductive choices.

She had some thoughts when she read the leaked draft opinion, suggesting the Supreme Court may be about to overturn Roe v. Wade.

“It felt both new and angering and ancient,” she says.

Gloria Steinem spoke with All Things Considered host Mary Louise Kelly, and here are highlights from their conversation.

The interview has been edited for brevity and clarity.

On her reaction to the leaked document that suggests the Supreme Court may be about to overturn Roe vs. Wade

There have always been efforts to control women’s birth-giving. I remember sitting in the Kalahari Desert, talking to women who were showing me the plants that they used for abortifacients and to increase fertility. This is not a new issue. And the very definition of patriarchy is trying to control women and birth-giving.

I think it’s important to connect the ancient to the new, because otherwise we don’t understand the strong thread of patriarchy and racism that has been with us and continues to be to be with us.

This affects some states and not others, so it does not affect the whole country. It’s completely wrong. As the great Florynce Kennedy used to say: “If men could get pregnant, abortion would be a sacrament.” But we have to contend with it, and we will.

On equality and the impact of potentially striking down Roe v. Wade

It’s a huge impact, potentially, on women because we have to be able to make decisions about our own physical selves. It’s a very differential impact on women, depending on what part of the country they’re in, what their economic situation is, [and] their race, ethnicity. It affects all women, but not all women equally. But I do note in all the surveys that all women are devoted to making sure we maintain reproductive freedom.

His comment that this is not mentioned in the Constitution is ridiculous since women weren’t mentioned in the Constitution. It’s quite possible that reproductive freedom would have been up there with freedom of speech if everyone had an equal say. But medical needs should not be distributed geographically. They are way too distributed by class and economics as it is, because we don’t have national healthcare as we should. And this makes it far worse for the female half of the population.

On whether her life’s work is being stripped down

No, I don’t feel my work or the work of all the women and men who care about racial and sex equality has been struck down. It’s just that it has a roadblock that is, theoretically, coming from the highest court in the land, but actually will impose hardships unequally. But it will not change the basic fact that we either have decision-making power over our own bodies — women and men — or there is no democracy.

On whether other laws are threatened by a rollback of Roe v. Wade

The first thing it makes me think about is the racial balance in this country. Because it’s also true that the first generation of babies, that is, majority babies of color has already been born. And clearly, we are going to become a majority people of color nation, which will make us more like the rest of the world. And I wonder how much of a part, consciously or unconsciously, racism plays in trying now to suddenly control reproduction. Only they can speak to this, I can’t pass judgment on them. But it does seem mysterious that at this juncture when the nation is changing to majority people of color, this suddenly would be coming back.

On the next move for supporters of abortion rights

It’s not that we should all make the same move, because some of us might go and support our local Planned Parenthood clinic or any place that supports abortions. However, each of us as an individual, we can wear buttons, we can carry banners. We each probably have a very fervent way of doing it. And I think, you know, it’s very important that we state our opinion.

Pro-choice demonstrators chant in front of un-scalable fence that stands around the U.S. Supreme Court on Thursday.

Pro-choice demonstrators chant in front of un-scalable fence that stands around the U.S. Supreme Court on Thursday.

On whether she thought this fight would be ongoing in 2022

Yes, because of the fact that a) — we still live in some degree of patriarchy; and b) — that women have the unique power of giving birth means that there is likely to be this and other patriarchal efforts to control the bodies of women.

It is much different from my earlier days, when abortion was way more likely to be illegal and way more difficult to find. We have made a lot of progress. And we have made a lot of progress in contraception and the morning after pill and many ways of making sure that we don’t need to have abortions. It’s not a pleasurable experience. It’s not an experience that any woman would choose unless she had to.

One thing I’ve learned over time, over and over again, is that politics and deep change and everything we’re trying to do is like a tree. And too often we think the tree grows from the top, from Congress. Trees grow from the bottom. So what you and I do every day, what’s possible in our community.

I mean, today, we could thank the physicians who are supporting and providing reproductive freedom. We can give money to the elected figures who are supporting this vast majority view. And we can just refuse to be intimidated by the protestations of a losing minority.