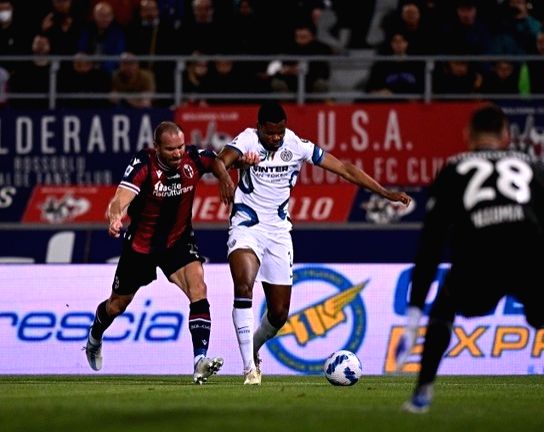 The fixture should have taken place in January, but was postponed due to the COVID-19 pandemic. A win would have seen Inter Milan overtake AC Milan at the top of the table.

Inter’s regular goalkeeper Samir Handanovic was injured, so Radu stepped into the starting line-up, which became the turning point of the match.

Marko Arnautovic’s header canceled out Ivan Perisic’s opener for Inter, and dramatic scenes occurred in the 81st minute, when Radu prepared to gather what looked like a simple throw-in, but ended up sending the ball towards his own net. Bologna’s Nicola Sansone was on hand to tap in from close range, reports Xinhua.

In a desperate bid for a win, Inter threw caution to the wind and poured forward, but to no avail.

With the defeat, Inter remain second with 72 points, two points off AC Milan.

In other rescheduled fixtures, Udinese sailed away with a 4-0 victory over Fiorentina, while Atalanta and Torino played out a 4-4 thriller with both sides converting two penalties.