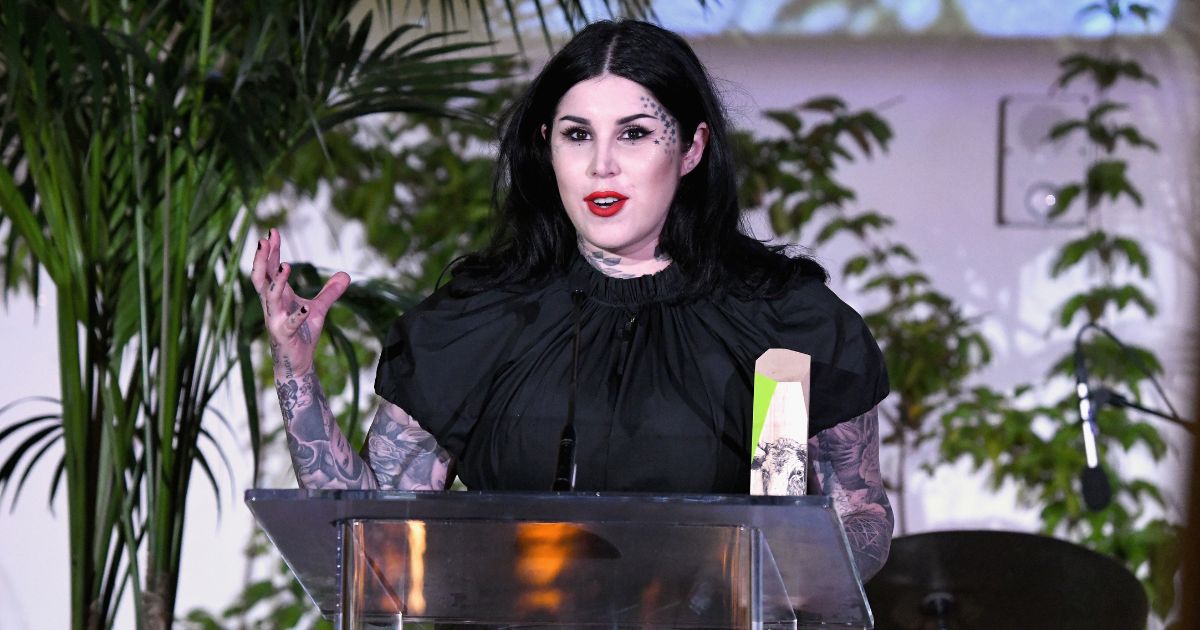 World-renowned tattoo artist Kat Von D announced last week that she made a significant life change, appearing to distance herself from her controversial reputation.

Sharing the news on social media, she threw out her books on witchcraft and magic, saying those interests “don’t align with who I am and who I want to be.”

The life change came as a surprise to many as she was widely known for her gothic aesthetic and macabre brands, but it makes you wonder whether she turned to God after years of living in darkness.

“I’ve always found beauty in the macabre, but at this point, I just had to ask myself what is my relationship with this content?” she wrote on Instagram.

“And the truth is, I just don’t want to invite any of these things into our family’s lives, even if it comes disguised in beautiful covers, collecting dust on my shelves.”

She posted photos of the dark literature she once owned, along with her tarot card collection.

Von D previously abandoned her namesake beauty brand in 2020 before she started covering up her tattoos, Insider reported. That same year, she bought a home in Indiana to move away from California’s taxes, “terrible policies” and “tyrannical government.”

“In the last few years I’ve come to some pretty meaningful realizations — many of them revolving around the fact that I got a lot of things wrong in my past,” she wrote.

It’s unclear if Von D became a Christian since she never explicitly stated God or Jesus, but she did acknowledge that “there is a spiritual battle taking place” and did admit she wanted to surround her home with “love and light.”

And you cannot truly have “love and light” without Jesus.

Though the announcement only implied Christianity, many of the comments she received were of the conclusion that she found God — or at least was moving in the right direction.

Many of her social media followers encouraged her, offering their prayers for further change in her life.

“God is light for there is NO darkness in him,” one user commented.

We can only hope this is evidence of the Holy Spirit stirring her heart to move closer toward Christ and truth.

Let’s pray that other celebrities come to the same realization in the coming years.