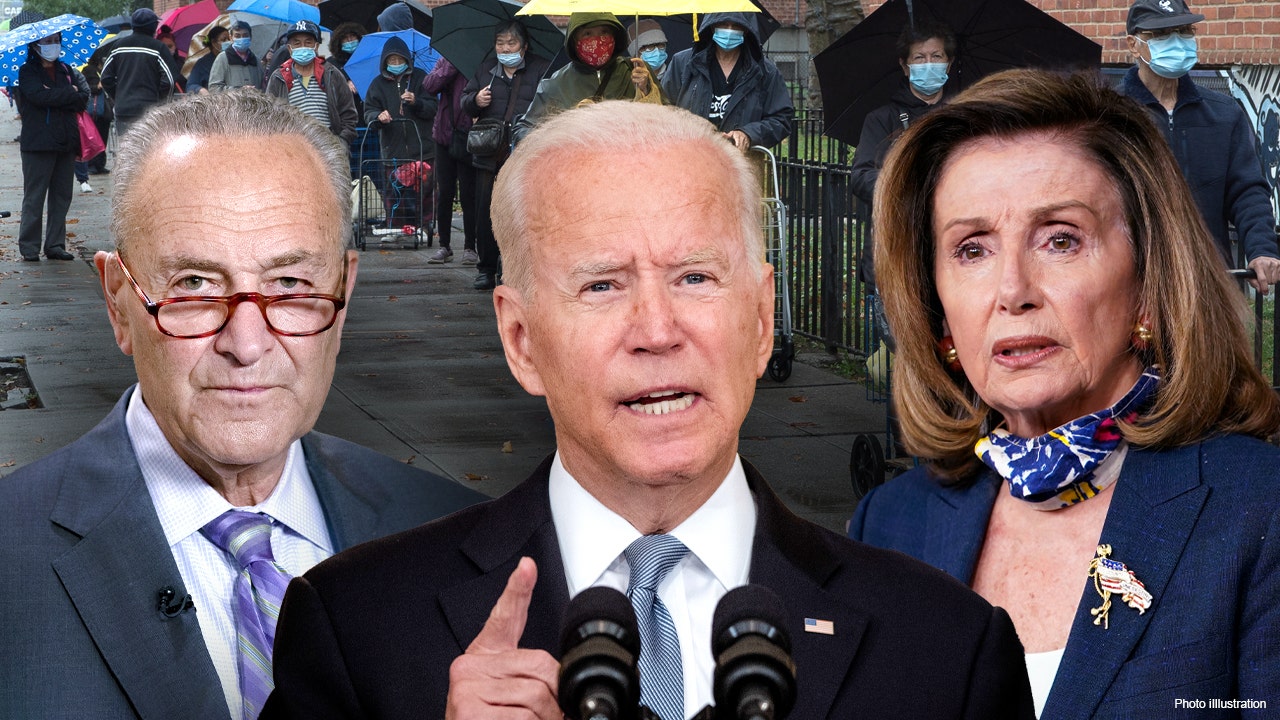 President Biden entered office one year ago promising his presidency would be about turning the page on COVID, revitalizing our economy, and getting back to normal. Democrat-controlled Washington, however, has produced one broken promise after the next, and the president’s failed leadership and utter incompetency have only accelerated more chaos across our nation.

The failed tax-and-spend agenda of D.C. Democrats has given us empty shelves, labor shortages, soaring prices and one lackluster federal jobs report after the next. Each week brings another self-inflicted crisis for our economy and caught in the crosshairs are hardworking Americans struggling with the shrinking value of each paycheck and the rising cost of living.

What’s more, Washington liberals’ Green New Deal-inspired policies have significantly decreased domestic oil production, taking America from being energy independent to facing the highest gas prices in nearly a decade. Their weakness has turned our once secure southern border into a turnstile operated by the Mexican cartels. They continue to attack law enforcement instead of cracking down on violent crime. And they are more concerned with using COVID as an excuse to permanently expand the purview of the federal government than they are with defeating the virus.

AMERICAN NEEDS AN HONEST, ADULT CONVERSATION ABOUT OUR CHALLENGES IN 2022

Out-of-touch Washington Democrats couldn’t care less about how their policies have Americans hurting right now, as they are solely focused on their quest to fundamentally transform this nation into a socialist utopia.

The lone bright spot for the country during Biden’s first year in office was the work of state Republicans filling the leadership void he created. As many as 15 states with Republican-led legislatures found opportunity in crisis by taking advantage of budget surpluses to cut income taxes and extend a helping hand to struggling businesses and families.

One can only imagine the state of the American economy if not for the innovation coming out of these conservative strongholds.

The results speak for themselves, as 18 of the top 20 states for jobs recovered since the start of the pandemic have Republican-controlled legislatures, 17 of the 20 states with the lowest unemployment rates have Republican-controlled legislatures, and people are moving from blue state trifectas like California and New York to red state counterparts like Texas and Florida in record numbers.

One can only imagine the state of the American economy if not for the innovation coming out of these conservative strongholds.

And while Democrats bow to teachers unions, state Republicans are putting parents back in charge of their children’s educations and banning the divisive critical race theory from classrooms. Additionally, state conservatives have stood firm as champions for our brave police to ensure that the lawless chaos that is pervasive across liberal states never takes root in their communities.

The contrast between Washington’s failures and state Republicans’ effective policies was crystal clear to voters across the country in 2021. Virginia Republicans flipped seven seats to regain control of the House of Delegates and New Jersey Republicans net gained a combined seven state Senate and Assembly seats – their best legislative election in 30 years.

These historic victories in blue states, where Republicans were drastically outspent, were a complete repudiation of the radical leftward lurch the Democrat Party is currently taking at all levels and showed that the Republican message of freedom and opportunity can resonate anywhere.

And the seats Republicans flipped throughout the year in special elections in Biden districts, from liberal Connecticut to the Texas-Mexico border, proved that our success in November was no fluke.

One might think that the devastating defeats President Biden and Democrats suffered in 2021 would prompt them to change course – that they will spend their second year in power acknowledging that pandering to the far fringes of the Democrat Party is not a sustainable strategy for governing and start following the lead of commonsense conservative policies state Republicans are implementing and voters across the country are embracing.

Sadly, it appears they will never learn their lesson.

National liberals will instead attempt to do what they always do when their backs are up against the wall – try to buy elections. They are already ramping up their investments in secretary of state races in 2022 because they see control of these offices as a way to change the rules to compensate for their inability to win elections with their failed socialist agenda.

State Republicans have proven they are the only ones who can hold the line against President Biden’s disastrous agenda and get America back on track, and the stakes have never been higher in the coming fight to elect more of them this year.