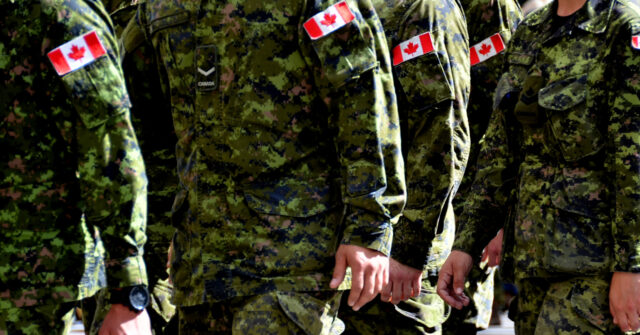 The veteran, who has not been named, is said to have sought help for his brain injury and PTSD at Veterans Affairs Canada (VAC), a government agency that offers a variety of programmes for veterans, including mental health services.

The veteran claims that an employee of the VAC causally suggested to him that the government could help him with what they call medically assisted dying (MAID) during their conversation, despite the veteran not expressing any prior interest, broadcaster Global News reports.

The broadcaster, which claims multiple sources have confirmed the conversation took place, said VAC later apologised to the veteran in question after he complained to them several times about the conversation.

VAC also released a statement in which it claimed it “deeply regrets what transpired” and that “appropriate administrative action will be taken”.

It is unclear how many veterans have been offered help with assisted suicide by VAC since the laws surrounding euthanasia were liberalised by the government of Prime Minister Justin Trudeau last year. It was initially legalised in 2016.

In March of next year, Canada will begin to allow those with various mental conditions to be eligible for euthanasia, including depression, bipolar disorder, schizophrenia, and PTSD.

The country will become one of the few countries, such as the Netherlands, which allow medically assisted suicide for people whose only condition is a mental disorder, rather than those who suffer serious incurable physical illnesses, diseases, or disabilities.

Dr Grainne Neilson, former president of the Canadian Psychiatric Association and a forensic psychiatrist, commented in April on the changes set for next year, saying: “My hope is that psychiatrists will move cautiously and carefully to make sure MAID is not being used as something instead of equitable access to good care.”

According to statistics from Health Canada, the number of assisted suicides has surged since legalisation in 2016, when 1,018 cases were reported, to last year when there were 10,064.

New Zealand’s Ministry of Health has confirmed that patients suffering from the Wuhan coronavirus could be eligible for a right to a lethal injection under the nation’s new euthanasia law. https://t.co/Ve0njCV4jy