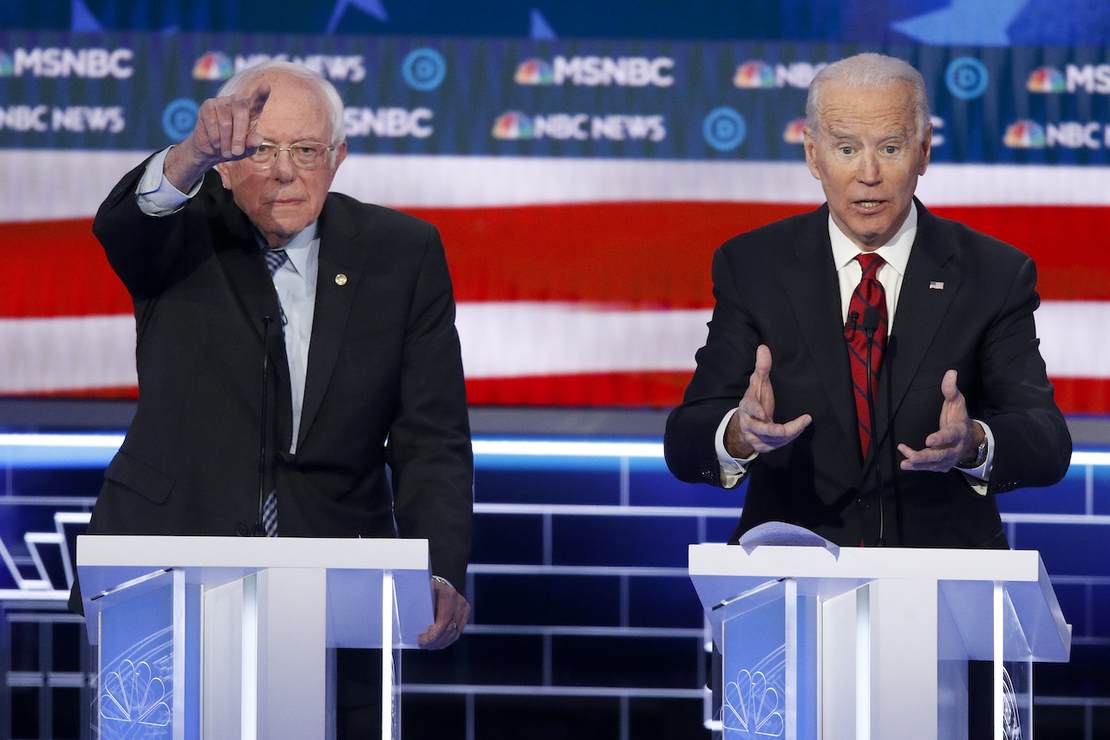 I keep thinking that the downward trajectory of the Democratic Party will take a turn at some point because that’s how things usually operate. People and political parties have ups and downs and neither one goes on forever. But I’m starting to think Democrats are cursed because their decline only seems to accelerate.

We learned yesterday that 79-year-old Joe Biden is planning to run for reelection in two years. If he won he would turn 82 before the start of his second term. That was bad enough but today we’re learning that 80-year-old Bernie Sanders hasn’t ruled out running again if Biden decides not to run.

“In the event of an open 2024 Democratic presidential primary, Sen. Sanders has not ruled out another run for president, so we advise that you answer any questions about 2024 with that in mind,” says the memo from Faiz Shakir, a close Sanders adviser who was his campaign manager when he ran in 2020.

Another question the memo suggests could come up: “Will you support Sanders if he challenges Biden in 2024?”

The proposed response: “Sen. Sanders is focused on helping Joe Biden have a successful presidency. As Chairman of the Senate Budget Committee, no one fought harder for the president’s policy agenda than Bernie. He traveled to Republican Congressional Districts last summer to promote Build Back Better. Unfortunately, that legislation was stopped by corporate Democrats.”

As back up plans go, it’s hard to imagine a worse one that an 82-year-old socialist who had a heart attack during his last run for president. At some point isn’t it time for someone a bit younger to have a chance? Is the goal to see someone drop dead on the campaign trail? I’m only half-joking about that. Running for president is a pretty stressful full-time job. If we keep demanding a bunch of octogenarians do laps around the country eventually it’s going to end badly.

Speaking of someone younger, if Biden decides not to run, wouldn’t Kamala Harris be his heir apparent? I think so, though it’s hard to imagine a harder sell than Harris 2024 given the distinctly subpar performance she’s turned in as VP thus far. But if Sanders were to challenger her, it’s not hard to imagine how that would go. I have to admit that having Sanders’ final run for office devolve into a sustained shouting match between people calling him a racist and a sexist on one hand and angry Bernie Bros on the other does sounds very entertaining.

And that’s not to mention the broader politics of having Sanders at the top of the ticket if he were to actually win the primary. First off, it would make life much, much harder for the moderate Democrats in the House, assuming some of them remain in office after a potential wave election later this year. Having to answer for Bernie’s agenda would probably spell the end for the party as we know it. It would also arguably accelerate the rightward shift of some minority groups, especially Hispanic voters who are not fans of communism or the woke agenda.

It seems inevitable that the Democratic Party will eventually become a place where anyone to the right of AOC is considered suspect. I’m assuming AOC herself will take a run for the White House eventually, but I don’t think 2024 is her year or Bernie’s. They’ve pushed the pendulum one way in the last few years and now it’s swinging back. It’ll probably still be swinging back toward the GOP in 2024. The fact that Democrats don’t seem to grasp what is happening at this late date is a bad sign.