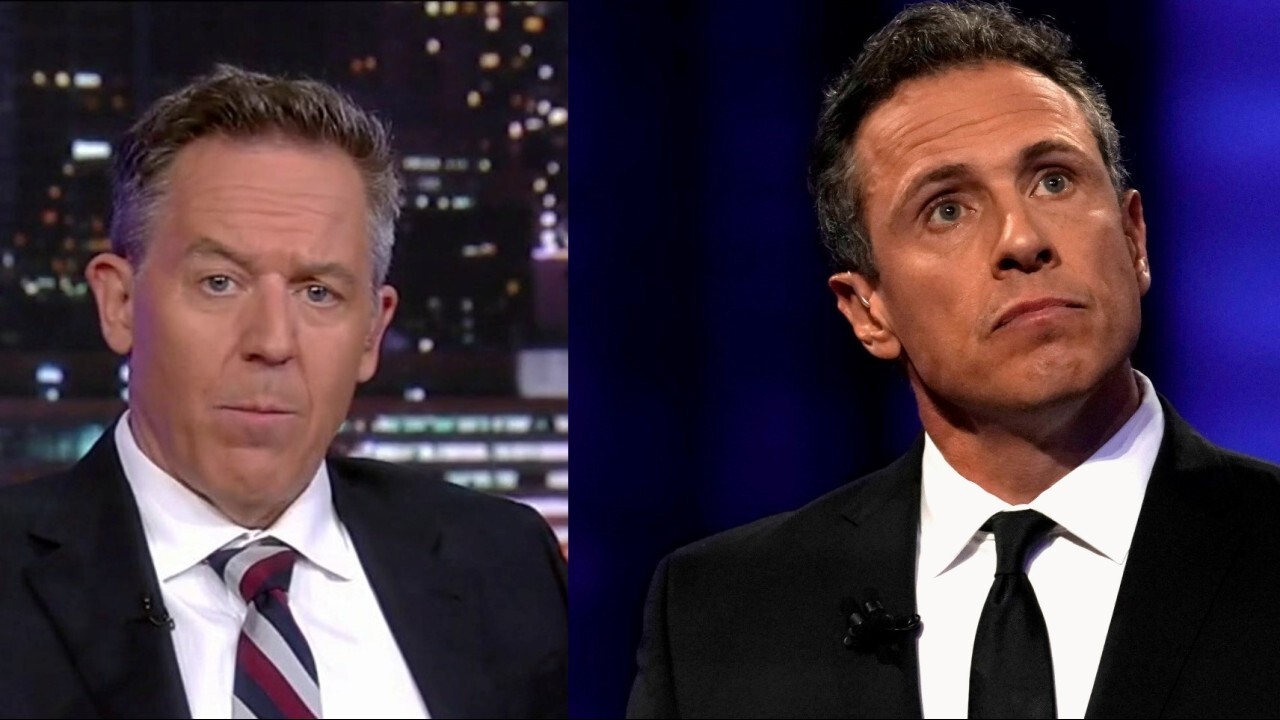 First… Some sad news to report. Chris Cuomo is dead… Lifting a lot of weight, now that he’s unemployed. Yep, this dumbbell is taking his aggression out on the barbells.

Now, in all seriousness, our show lost an important ally this weekend — someone who’s been a helluva supporter, and deeply involved in the success of this program since day one. You could say he was our shining light, our lodestar, our muse. Second banana in his own family, but #1 in our hearts.

In a blow that has left all of us reeling — Chris Cuomo was terminated from CNN, after the network allegedly “just learned” Cuomo had been accused of sexual misconduct by a woman who had worked with him previously at ABC. Yeah, “just learned.” They also just learned the pee-pee tapes were fake, Jussie Smollett is a liar, and Don Lemon can’t read.

And of course, this tragic news is leaving a huge hole in my show. When it came to laughs, Cuomo provided more than a bus-full of nitrous-huffing clowns. The shock has left many of us in denial.

Montage of “Gutfeld!” staffers upset that material will be harder to come by now that Chris Cuomo has been fired

It’s been a rough day. Let’s go to Carl Bernstein. Tell us, is this worse than Watergate?

For once Carl is right. Obviously, people handle the news differently. Some people are weeping. Others are lashing out in anger. Some are trying to eat away the pain.

And there are others who, after more Cuomo crap hit the fan, happily threw him under the bus, pretending they were always critical of his behavior.

Brian Stelter: There were just so many headaches, time and time again, involving Chris Cuomo. That even though many viewers loved watching Cuomo prime time and looked forward to his show. He was causing so many headaches for the network and CNN staffers that ultimately this decision was reached

Yeah, he says that now. Gotta hand it to the pudgy pontificator: he puts the company man in company manatee. In case you forgot, this bloated broadcaster does a show nobody watches called “Reliable Sources.”

But apparently, when it came to the Chris Cuomo story, those sources weren’t reliable at all, ‘cuz he remained silent for months on the Cuomo scandals, preferring to spend his time playing clips of Fox News and complaining about our huge ratings. And now he tries to rewrite history.

Meanwhile, Cuomo is now claiming that Zucker, was aware of everything. His spokesman telling the Wall Street Journal – owned by our parent company, the Olson twins – that Chris and CNN president Jeff Zucker “were widely known to be extremely close and in regular contact, including about the details of Mr. Cuomo’s support for his brother.”

And now CNN is snapping back telling the Journal that Cuomo “has made a number of accusations that are patently false. “This reinforces why he was terminated for violating our standards and practices….”

‘THE FIVE:’ CUOMOS WERE A GOOD TRUMP ‘FOIL’ FOR CNN, BROTHERS ‘LIKELY TO FIGHT SO SAGA WILL CONTINUE

So it’s about to get uglier than a sheep with a bikini wax. But whoever wins this battle – it can’t look good for CNN. Yep, it’s no longer “the most trusted name in news” at regional airports or at Delta terminals. Even the broadcasting balloon boy wonders: “has CNN lost trust as a result of this?”

Brian Stelter: Has CNN lost trust as a result of this Zurawik?

It is hard to say – I mean – how can CNN lose something they destroyed with their own hands. Where is this trust to lose? After the collusion hoax? The “fine people” lie? The injecting bleach hoax. Covington? Kavanaugh? Smollett? But like newborns with a pacifier, CNN is so cute when they suck.

As you know, we were the first to discover the charms of Cuomo and supported him all the way. Unlike all these CNN clowns now angling for his job. As you know, Chris Cuomo was their highest-rated host. True, that’s like having the most fingers at a leper colony. The skin biopsy I got last year drew a larger audience than Cuomo. Turns out that skin tag was a honey-nut cheerio.  But it still beat Cuomo in the 18 to 54-year-old demographic.

So what does this mean for the 9 pm slot? Who should CNN put there?

What’s it take to make it on CNN? Other than a ton of low self-esteem or famous parents? Well, turns out getting hired has nothing to do with talent, brains, or even good hair. Nope, the less engaged you are with the American public, the more likely you’ll get hired.

You see, CNN is not about ratings, it’s about reach. Meaning that the network exists only to create angry clips of fake news which they then disperse on the internet, where its influence is really peddled.

It’s like a baseball farm team that develops talent to send up to the major leagues where they will be watched by a bigger audience. So, instead of appeal, CNN seeks the opposite. Take a look at their current anchors.

So, are you angry, and petulant? (Jim Acosta)

Are you the product of a famous parent? (Anderson Cooper, Chris Cuomo)

Do you look like you passed away ten years ago? (Carl Bernstein)

If you fulfill most of that criteria, CNN is hiring. See, like a very lazy paperboy, CNN’s not interested in delivering news. Their real profit model is to attract eyeballs through conflict. Think the Jerry Springer Show, but in tiny bite-sized servings fired like a glitter gun into the population.

The worse you feel about America, the better they do. That should be their slogan — or “an uneducated consumer is our best customer.”

So will they find another Chris Cuomo? Maybe we should leave CNN with some lasting words of hoper to make them try. Let’s say it one more time… Shall we?

Montage of Chris Cuomo saying “let’s get after it”

This article is adapted from Greg Gutfeld’s opening monologue on the December 6, 2021 edition of “Gutfeld!”