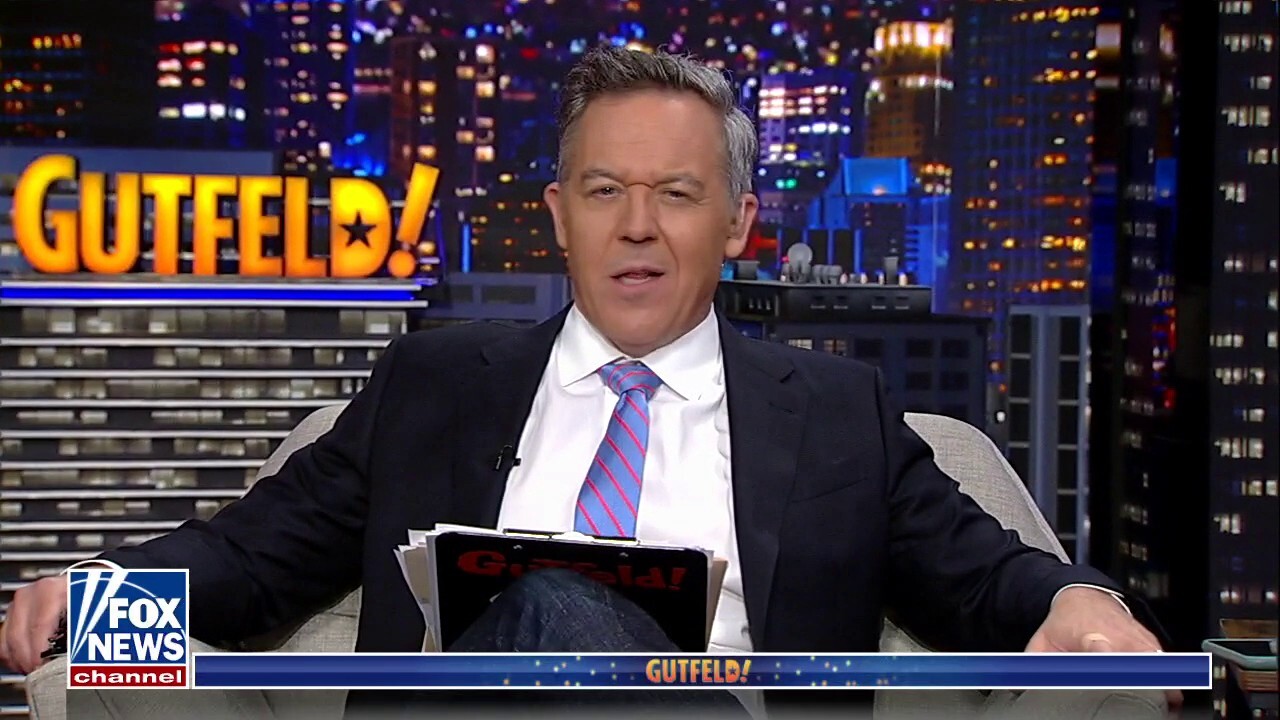 What a great time to be alive. Yet it’s funny to see many of the living disagree. It’s the new class warfare, the living versus the not. And if you didn’t make it on the game board of Life, pity you because the gatekeepers suck. Like this lady who immediately tied abortion to the physically and mentally disabled in her own family. God, I hope they weren’t watching.

GREG GUTFELD: SUPREME COURT’S RULINGS ON GUNS AND ABORTION IN ONE WEEK IS THE SUPER BOWL OF LIBERAL MELTDOWNS

ANA NAVARRO: I have a family with a lot of special needs kids. I have a brother who’s 57 and has the mental and motor skills of a one-year-old. And I know what that means financially, emotionally, physically for a family. And I know not all families can do it. And I have a step granddaughter who was born with Down syndrome. And I’ve got another step grandson who is very autistic, who has autism. And it is a credit to their lives and their mothers and people who are in that society and that community will tell you that they’ve considered suicide.

Fair enough. But what’s that have to do with abortion? Does linking these hardships with abortion suggest that some people benefit from not being born? Now she’s since clarified her comment, saying it’s really about the sorry state of social services. And of course, that’s on Republicans, right? It’s a common cliche that’s full of more crap than the Oval Office diaper bin.

So Republicans, apparently, they want you born, but they don’t care about you after. That’s the common phrase.

But somehow the left gets to play the compassion card all the time. And now with abortion. But let’s be honest, some living people get proprietary about who participates in existence and prefer that only healthy people join the party of life.

Birth used to be the lottery to get into that party. You can make it all the way to the front entrance and smack, your rejected like a guy in a MAGA hat trying to walk into a Seattle Starbucks.

We discriminate against the burdensome. A difficult life is a burden not necessarily for the person, but those who care for them. But I’ve never met anyone who regrets the challenge. Well, just my wife. But these living beings teach us compassion, patience, and sometimes unrequited love. But it’s striking how the people lucky enough to gain access behind the velvet rope of life wish to close it off from the rest.

At least some pro-choicers are honest, saying they prefer their freedom over the reality of biology: From “The Nation,” a publication, quote, “Abortion involves killing. And that’s okay.”

That sounds abhorrent, but at least it acknowledges the pro-lifers having a point that most abortions rely on the acceptance of snuffing out a heartbeat. But it’s fun to watch people accuse Supreme Court justices of lying or, you know, when they’re asked as nominees how they rule on Roe v Wade. I’m sorry. Everybody’s lying because it’s too grim to admit the truth on the other side. I mean, forget defining what life is for an unborn baby. Your side won’t even provide a definition for the word woman.

SENATOR MARSHA BLACKBURN: Can you provide a definition for the word woman?

KETANJI BROWN JACKSON: Can I provide a definition? I can’t. Not in this context. I’m not a bioligist.

Neither am I. hasn’t stopped me. Still practicing medicine. I’m sure she’ll be able to say what a woman is, miraculously after being sworn in. Sort of like me after watching “Love, Actually.”

Meanwhile, Google searches on how to move to Canada have exploded. Where abortion isn’t just legal, it can end up running the country. Oh, but you don’t need to move to Canada. Just go to California or New York.

That’s the whole point. If you don’t like your state’s rules, just move to another. We’ve been watching this now for three years. People leaving one place for another during COVID.

Remember, as crime raged, New York put out an ad asking Floridians to move to NYC because it’s less homophobic or something. The result? More people ended up moving to Florida because crime.

Maybe blue states could create a new form of tourism. Want to kill your unborn? Go to New York. First, ride the subway. If you aren’t tossed down a stairwell like a sack of potatoes, the clinic will take care of it for you.

As for the protests, has there really been a night of rage other than in the gated rooms of Bette Midler and that cry baby from Green Day? I heard a driver may have plowed his car into pro-abortion protesters. Yeah, this car had a driver. Apparently, if you drive into conservatives, it’s the car’s fault, but if pro-choicers surround your car and threaten you, suddenly the driver becomes irrelevant. Other activists vow to go on a sex strike. Have you seen some of them? And for that, we say thank you.

But man, are these protesters persuasive on behalf of abortion? I’d say they look miserable, but that’s them at rest. Show me a content feminist and I’ll show you one who quit the movement years ago.

Now companies are paying for abortion travel, which makes sense for them. Abortion is much cheaper for your bosses than maternity leave. And really, why did I get so successful? Just ask my kids. I don’t have any. Less babies equals more work until they need the next generation of workers who won’t be there.

So all in all, you saw a lot of sound and fury this weekend, but no more than what follows a Super Bowl. Yeah, some showed up at Fox to scream at us, shouting, “burn it down.” But that’s because Dana won’t stop showing pictures of her dog.

But the media wants you to think the country will erupt into unrest and violence. I don’t think it will. The Night of Rage was a bigger bust than Disney’s “Light Year” because abortion just isn’t that simple. There are millions of people out there who have strong feelings about it. They’re just not out on the streets screaming it into your face.

Greg Gutfeld currently serves as host of FOX News Channel’s (FNC) “Gutfeld!” (weekdays 11PM/ET) and co-host of “The Five” (weekdays 5PM/ET). He joined the network in 2007 as a contributor. He is the author of several books. His latest is “The Plus: Self-Help for People Who Hate Self-Help.” Click here for more information on Greg Gutfeld.