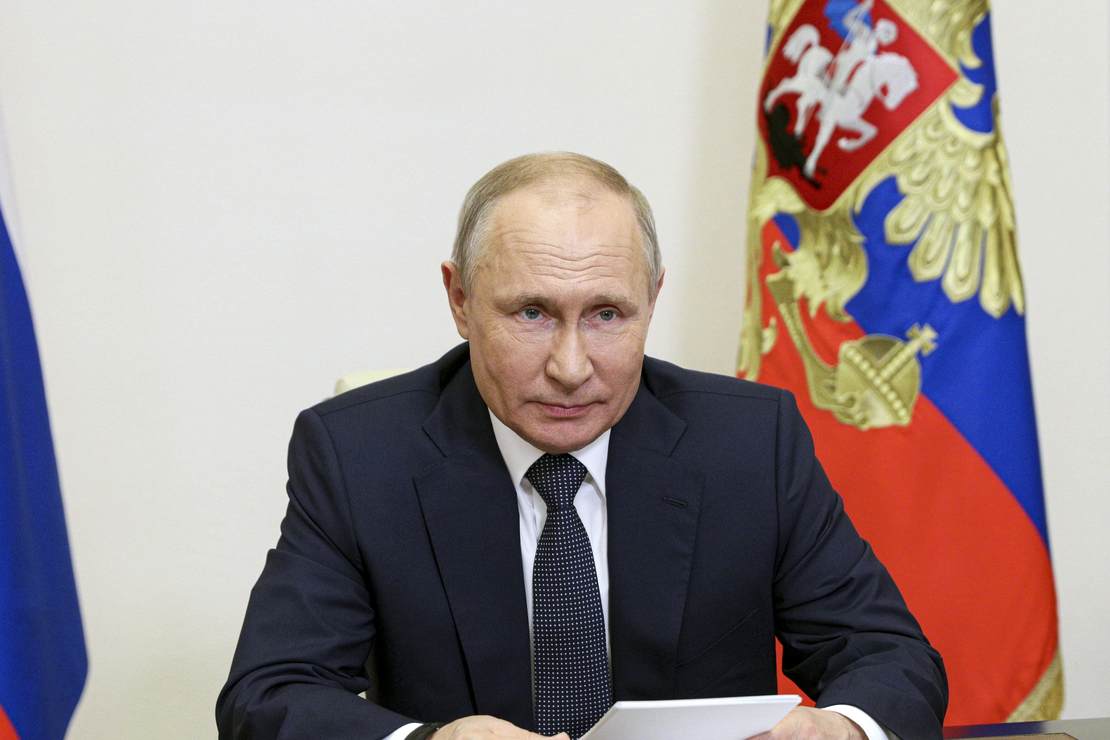 It feels cringy to impose a Very Online template like “cancel culture” on a major international conflict that may yet spiral into war between the east and west.

But, as others have noted, there really is something to it.

The cascade of western institutions scrambling to ostracize not just Putin but the entire country of Russia within the past week has the distinct atmosphere of a social-media cancellation campaign against some bad actor. Except in this case the target isn’t some podcaster pushing vaccine skepticism. It’s, ah, the world’s largest nuclear power.

We are witnessing the first geopolitical ‘cancellation’ of the 21st century.

Once upon a time, if a country behaved badly internationally, they might be sanctioned by other governments and that would be that. Truly heinous actors like apartheid South Africa might inspire popular boycotts among western consumers to pressure western companies into not doing business there.

Cancellation campaigns are different. One hallmark is that corporate actors tend to move faster than their consumers do, rushing to sever ties with the villain before any boycott campaign has begun. I don’t think it’s because they anticipate a boycott campaign arising and are trying to head it off either. It’s because they feel obliged to signal that they’re responsible global citizens, and being a responsible global citizen means not waiting until your bottom line is threatened to signal your outrage. Another hallmark is the bandwagon effect, with which we’re all familiar. Once one company announces they’re severing ties with the villain, the pressure on other companies to do so quickly rises. After all, if you’re a responsible global citizen, you shouldn’t need to be shamed into acting by your competitors. You should positively race to show how keen you are to force social change. The result: A sudden cascade of private entities announcing they’re severing ties with the malefactor.

Eric Boehm offers this by-no-means exhaustive list of the moves made by some western companies in the past week. What each has in common is that there’s not the faintest chance that it might meaningfully affect Putin’s decisionmaking towards Ukraine the way, say, sanctions or a widespread divestment campaign against Russia practiced by U.S. consumers might. The point of these gestures is simply to send the message that Russia is morally unfit for relations with right-thinking people.

In other words: Canceled.

The exodus is not limited to “hard” industries like energy and banking. Entertainment companies and the organizers of international sporting events have moved swiftly to exclude, cancel, and ban Russia. Disney is canceling all future film releases in Russia. The upcoming Batman film will not be released in Russia, Warner Bros. announced. And Netflix said Monday that it will not comply with new Russian rules requiring that it carry state television programming, a decision that will likely result in the streaming service being banned from Russian internet networks.

Even FIFA, the hideously corrupt international body that governs global soccer and organizes the World Cup, is taking action against Russia. After several European national teams said they would refuse to play Russia in upcoming World Cup qualifying matches, FIFA announced on Monday that it would give Russia the boot.

Don’t misunderstand: None of this is to imply that Russia doesn’t deserve its cancellation. The “cancel culture” framework may feel awkward to conservatives in this context because cancellation usually involves mob action to punish minor misbehavior that’s out of all proportionate to the offense. Russia waging war to smash Ukrainian sovereignty is the opposite of that. There’s never been a cancellation campaign that’s more just.

But it is a cancellation campaign, isn’t it? If it isn’t, explain this:

Putin is now stripped of his honorary black belt in Taekwondo

Again, the point isn’t to influence Putin’s behavior. The point is to display one’s moral outrage by participating in a mass ostracism exercise.

What fascinates me about Russia’s “cancellation” is how it reflects the logic of social media. Westerners have gotten accustomed to seeing bad actors summarily excluded from the virtual public square when they cross a line of decency. Why, it was just 14 months ago that the most powerful man in the world lost his privileges to post on Facebook and Twitter because he wouldn’t stop inciting insurrectionists with conspiracy theories about a stolen election. The social-media-driven logic of the current cancellation campaign may boil down to this: If the president of the United States can be excluded from the online global community, why can’t the nation of Russia be excluded from the actual global community?

Keep in mind too that Ukrainians have used social media to magnificent effect thus far in the war. This battle for hearts and minds is being waged on Twitter and Instagram, and Ukraine is running Russia off the field:

The videos helped mobilize antiwar sentiment in the earliest hours of the invasion, when a woman was recorded admonishing Russian soldiers to carry seeds “so at least sunflowers will grow here when you die.” In another Facebook photo, a funeral wreath with Russian President Vladimir Putin’s name on it was captioned: “In Ukraine, the Russian army is greeted with flowers.”

In the days since, videos have helped transform local stories of bravery into viral legends — and exposed a war Russia has fought to keep concealed. Ukrainians have posted videos of themselves thwarting tanks, guarding villages, making molotov cocktails and using them to turn Russian vehicles into fireballs.

As Russia’s troubled blitz has smashed against a defiant resistance, some Ukrainian fighters have tactically trolled the enemy. In one video, a camouflaged soldier talks into the camera at his Russian opponents while screwing a silencer onto a rifle. “Dudes, you are f—ed,” he says with a smirk. “We have tanks. We’ve got everything. … Why don’t you f—ing surrender while you still have the chance?”

“Ukraine could be the most documented war in human history,” Slate claimed a few days ago. That’s plausible considering that practically everyone under the age of 70 carries a camera-equipped smartphone in their pocket. Russian atrocities will be recorded and shared via social media with a global population on a scale never before experienced by humanity. If bad tweets can get someone canceled nowadays, imagine what video of dropping bombs on children can do.

In fact, the most remarkable thing about Zelensky’s performance has been that he’s not so much leading a resistance as a counteroffensive, something Putin clearly didn’t anticipate. While Russia engages Ukrainians on the battlefield, Zelensky is engaging westerners to cancel Russia as thoroughly as possible:

Zelensky: “The country that commits war crimes against civilians cannot be a member of UN Security Council. This country has to be banned from all the ports, channels, airports in the world.”

Even the mega-sanctions imposed by western powers in the last few days have the air of cancellation to them. By acting in concert, the U.S. and its allies have aimed to cut Russia off from western markets entirely. Exclude Russia from SWIFT, shun Russia’s central bank, isolate the transgressor. To borrow a social-media term, Russia has been deplatformed from the western finance system.

Whether they’ll be re-platformed by the planet’s administrators depends on what happens next in Ukraine.