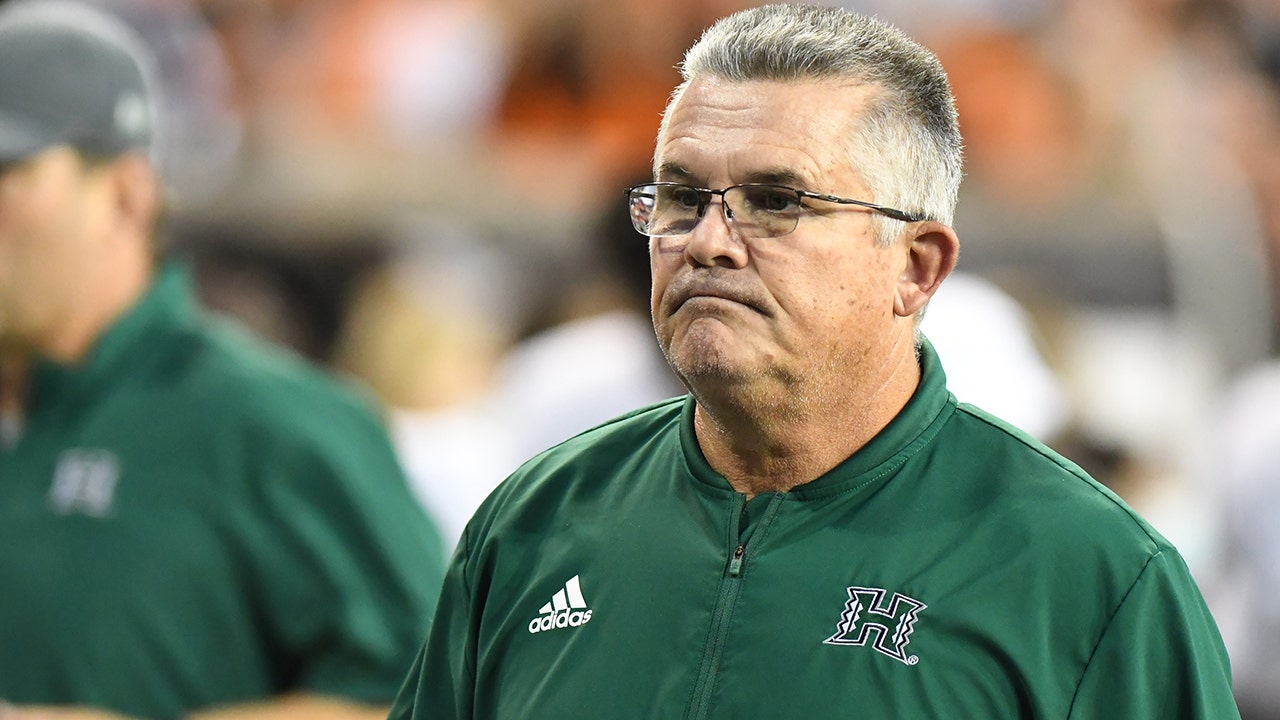 Hawaii football coach Todd Graham was scrutinized in a state Senate hearing Friday as his future with the Rainbow Warriors hangs in the balance ahead of the 2022 season.

Hawaii lawmakers, former players and parents all spoke at the Senate hearing after Graham was accused of verbal abuse that sparked numerous transfers from the football program. According to The Athletic, the allegations surfaced during a Twitter Spaces conversation with former players.

Hawaii head coach Todd Graham during a game between the Hawaii Rainbow Warriors and UCLA Bruins Aug. 28, 2021, at The Rose Bowl in Pasadena, Calif.
(Jordon Kelly/Icon Sportswire via Getty Images)

“Coach Graham has truly stripped the love and joy out for a lot of people,” Thomas said, via The Athletic. “The transfer portal is blowing up. All of those guys are my friends. I know them. I talk to them, and there’s only one reason why they are choosing to leave this beautiful and incredible university; it’s because they cannot stand to have Coach Graham as the head coach any longer.”

Lee had some harsher words for Graham.

“He’s hands-down the worst guy I’ve ever met in my life,” Lee said, later adding that the “only way to describe him is a tyrant.”

Marie Eletise, the mother of former Hawaii player Michael Eletise, who retired from the sport over a medical issue, claimed her son dealt with a concussion. And when he reported it to the coaching staff, no help was offered. She said her son had permanent brain damage.

Head coach Todd Graham of the Hawaii Rainbow Warriors walks the sideline during the second half of a game against the Fresno State Bulldogs at the Clarance T.C. Ching Complex Oct. 2, 2021, in Honolulu.
(Darryl Oumi/Getty Images)

“I feel so sorry what all these players and families are going through,” Nofoaiga Eletise, Michael’s father, said at the hearing. “If you want to bring this program to No. 1 we’d better do something now.”

Graham, who has three years left on his contract, acknowledged he can improve upon his “old-school” coaching style. The Texas native was the head coach at Rice, Tulsa, Pittsburgh and Arizona State before landing in Hawaii. He has a 106-72 record between 2006 and 2021.

“Obviously there’s things that I’ve learned. You have to evolve,” he said. “Going back and reflecting as a coach, you always want to make sure your players know you love them. So, more empathy and those type (of) things. I do love these players. Every player that I coach, that’s why I coach.”

According to The Athletic, 19 players have transferred from the program, including quarterback Chevan Cordeiro and running back Dae Dae Hunter.

Hawaii administrators would later slam the hearing, calling the testimony “cherry-picked,” something lawmakers pushed back on.

“We were told people could not testify in person,” school President David Lassner said, via Hawaii News Now. “I read every bit of written testimony, my heart is wrenched also at what we just heard — I understand that, but this process is unbelievable.”

Athletic director David Matlin added: “There’s more to the story, there’s more testimony out there. There’s more people that see another side of it.”