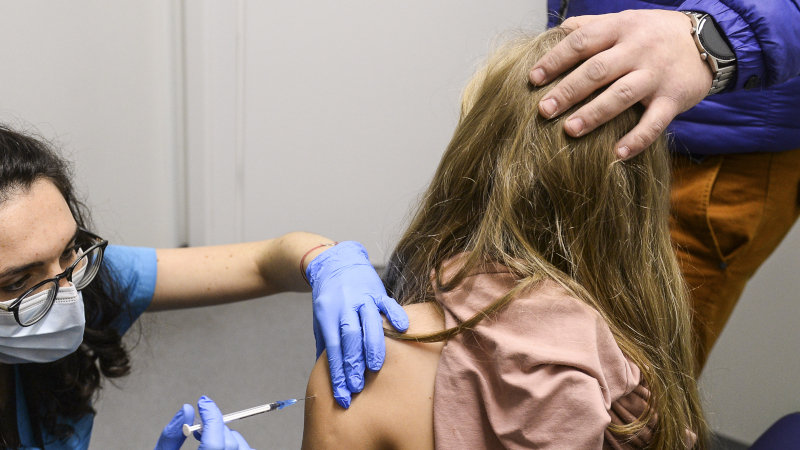 The US Centers for Disease Control and Prevention (CDC) has reported eight cases of myocarditis, a potentially deadly type of heart inflammation, in elementary school students who received the Pfizer-BioNTech Covid-19 vaccine.

As of December 10, the CDC said it had received 14 reports of myocarditis among children aged 5-11 years old who received the shot. Of these, it said eight reports – involving four boys and four girls – met the agency’s “working case definition” for the inflammation.

Five of the 14 cases reported are still being followed up on. Of the eight accepted by the agency, six came after receiving the second dose of the Pfizer shot – the only vaccine available for the age group.

The reports were highlighted on Thursday among 3,233 other post-vaccination adverse events reported to the CDC’s Vaccine Adverse Event Reporting System (VAERS).

While noting that the cases had a “mild clinical course,” the CDC did not confirm if it believes there is a direct link between the myocarditis incidents and the vaccine. It also did not disclose the frequency of myocarditis occurrence among those in the age group that have not been vaccinated.

The agency said there had been over 7 million vaccine doses in the 5-11 age group by December 9. It also reported two deaths of children with “complicated medical histories,” but noted that the majority of adverse events reported were “non-serious.”

Last week, CDC Director Rochelle Walensky said the agency had not “seen anything yet” about myocarditis cases following vaccination, and said the vaccine was safe for young children. But a recent poll found nearly two-thirds of parents of elementary schoolers were unwilling to take the risk.

When approving Pfizer’s mRNA vaccine for the age-group in October, the US Food and Drug Administration (FDA) had noted concerns over myocarditis and pericarditis – an inflammation of tissue surrounding the heart – among males 12-17 years of age. But the FDA’s benefit-risk assessment model predicted that the vaccine’s benefits for children aged 5-11 years “would outweigh its risks.”