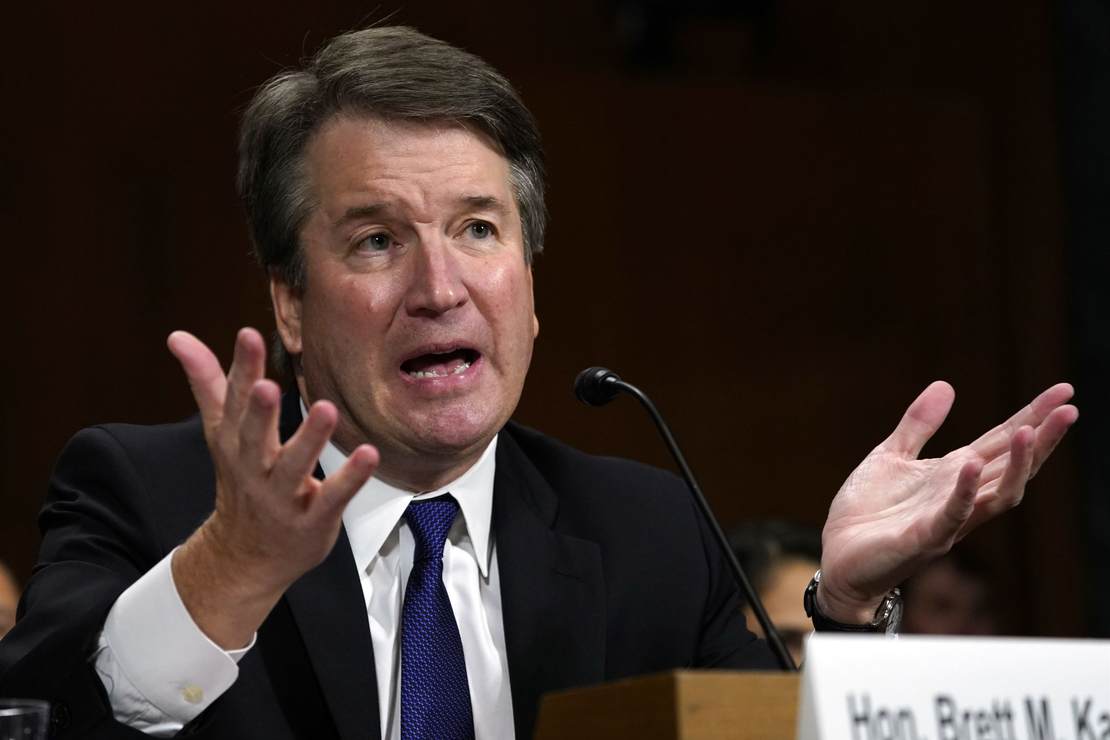 Any regular readers of this site are no doubt already familiar with Nicholas John Roske. He’s the lunatic who showed up at Supreme Court Associate Justice Brett Kavanaugh’s house with a gun and some other implements of destruction. He called the police (on himself) and admitted he was there to murder Kavanaugh because of his vote in a recently decided case. Of course, if you get most of your news from some other sources, you might not have heard all that much about it. In fact, it’s possible that you may have missed the story entirely given how infrequently it showed up on the cable news networks (aside from Fox) or on the front page of the larger newspapers.

Why do you suppose that is? One might imagine that the attempted assassination of a justice on the nation’s highest court would be a big effing deal, as the president likes to say. You might have your suspicions, but at least according to Michael Schaffer at Politico, you’re probably off base. Schaffer tackles the dearth of coverage of Roske, concluding that there actually was coverage of the story, though perhaps not as much as you might expect. But it’s not because of liberal media bias. (Perish the though.) It’s something even worse.

I know about Roske’s case — as you probably do, too — thanks to coverage in The Washington Post, CNN, POLITICO and my local TV news station, among others.

But on the right, it’s become an article of faith that the story is being ignored by biased media. A Fox News report totted up the small-ball treatment afforded in dead-tree newspapers (relegated to page 20 of The New York Times!), broadcast TV (unmentioned on any of the subsequent weekend’s Sunday programs!) and cable yakkers (nada that evening on MSNBC’s prime-time shows!). “OUTRAGEOUS OMISSION,” Sean Hannity declared on Twitter a few days later, inviting viewers to watch Mike Huckabee and Kayleigh McEnany discuss it that night.

In fact, the incident was swiftly condemned by any public figure with a megaphone. In short order, legislators passed a bill to offer new protection to judges. Notwithstanding Hannity’s urge to portray a feckless liberal establishment countenancing mob rule, you won’t likely find anyone in official Washington saying anything positive about the gunman.

Still, just because it was neither outrageous nor omitted doesn’t mean Hannity’s totally wrong.

First of all, I don’t recall hearing anyone say that nobody covered the story. There were bits of coverage here and there. And to his credit, Schaffer takes note of how the NY Times buried the story on page 20, MSNBC ignored it entirely all through the first night, and it wasn’t mentioned on any of the Sunday shows that week except on Fox. So yes, there was some coverage, but it was vastly more muted than you would have thought it would be for a story of that magnitude.

I also took note of Schaffer’s choice of words when he wrote, “you won’t likely find anyone in official Washington saying anything positive about” Roske. Begging your pardon, but it should be obvious that nobody was going to be praising Roske. Or at least nobody with a remaining grip on an ounce of sanity and any hope of a career after the fact. But not saying anything nice about the would-be killer and actively decrying not only his actions but the political environment that emboldened him are two very different things.

But if it wasn’t political bias in the liberal media, what led to the scant coverage? According to Schaffer, the answer to that question is where we find the really bad news. You see, to put it directly in his words, “potential violence and intimidation in Washington’s political world has stopped seeming quite so newsy.” It’s not that the attempted assassination story wasn’t important. It’s just that there so much of this sort of thing going on these days, news desks can’t possibly cover it all. Schaffer refers to this sort of incident as having become “the new dog-bites-man story.”

I will readily agree that there is a lot of bad stuff going on these days and it can be hard to keep track of it all. But there is also a very clearly identifiable filter being applied in the journalistic process to determine what shows up on the front page of the Gray Lady and what sinks to page 20. If someone had attempted to assassinate Ruth Bader Ginsburg while a Republican was in the White House to replace her, that would have been the only story on CNN for weeks on end. It would have been an example of “the larger societal problem with Republicans and conservatives.” Endless analysis would have followed.

Keep in mind that we’re talking about the same news networks that had so much on their plates that they still managed to show wall-to-wall coverage of every minute of the primetime January 6 Committee hearings. And most of the minutes of those hearings were so boring that they would have put an insomniac out cold in under five minutes.

Sorry (not sorry), but I’m not buying it. The reason that you didn’t hear very much about Nicholas John Roske and few in the country could tell you his name today was not that the news desks of the country are flooded with too many stories like that. It’s because Roske didn’t fit the narrative. When things don’t go the way liberals want them to, they respond with “mostly peaceful protests” and “calls to action.” They don’t go burn down buildings and try to kill people. That’s what conservative domestic terrorists do.

Except, of course, that’s precisely what the liberal mobs do. It’s what BLM did during the Summer of Love. It’s what James Hodgkinson did during the Congressional baseball practice game. And it’s what Nicholas John Roske meticulously planned to do and he only failed because there were armed troopers outside of Kavanaugh’s house. If this were a Monty Python movie, this is the point where I’d be shouting ‘come and see the bias inherent in the system!’