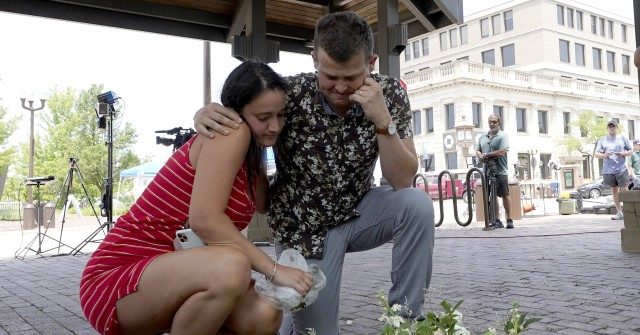 The suspect arrested Monday evening in connection with the Highland Park July 4 parade attack has confessed to carrying out the heinous act and said he considered a second attack in Wisconsin.

USA Today reported Wednesday that prosecutors stated the suspect had confessed to the attack.

Lake County State’s Attorney Erin Rinehart indicated that the suspect made the confession after being taken into custody.

Rinehart said, “He went into detail about what he had done.”

Those details included an admission that he had considered carrying out a second attack in Madison, Wisconsin, after he came down from the Highland Park rooftop and fled the scene.

Lake County Major Crime Task Force spokesman Christopher Covelli said of the suspect, “He seriously contemplated using the firearm he had in his vehicle to commit another shooting.”

He legally purchased five guns over a one-year time frame prior to the attack, two of which were rifles.