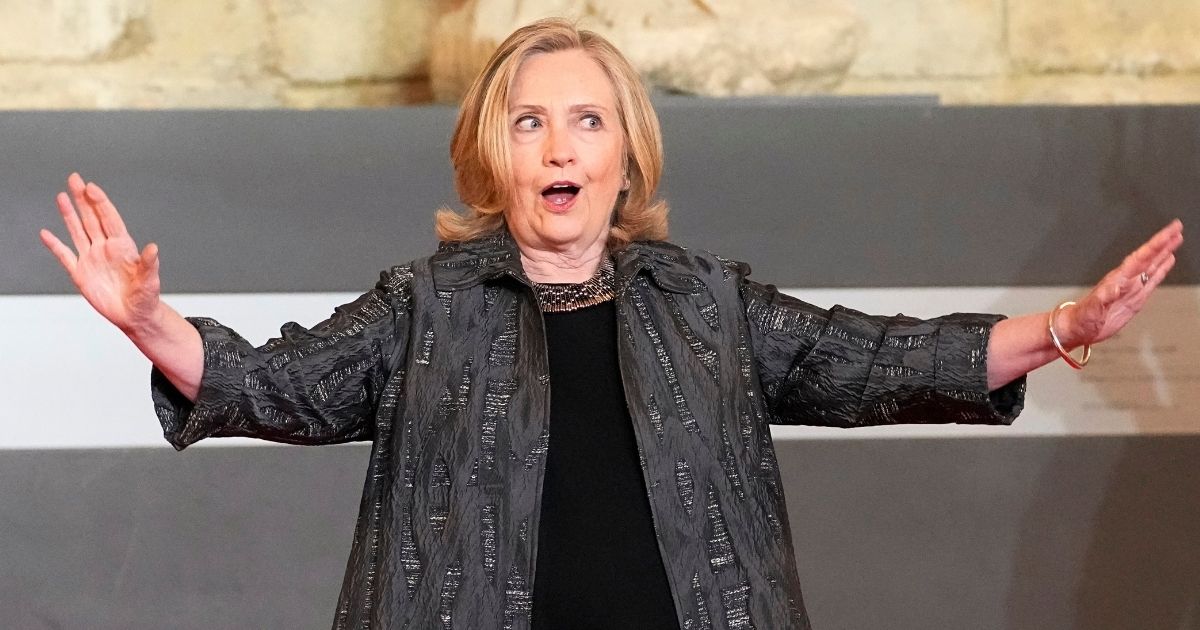 This past week, the media condemned former President Donald Trump for refusing to concede the 2020 election — something they said led to the Capitol incursion and, potentially, a threat to democracy.

Ironically, none of them remembered to mention Hillary Clinton had said Joe Biden should do the same thing Trump did if Trump had been declared the winner of the 2020 election.

It’s a moment not many media outlets are going to hold Hillary, or the Democrats, responsible for. Here at The Western Journal, we’re going to continue pointing out hypocrisies like these — and holding the left accountable. You can help us in our fight by subscribing.

Flashback: It’s August of 2020. The presidential election is mere months away. Fights over election laws are raging in legislatures and courts across the United States. The death of George Floyd has sent the country into a summer of domestic tumult unlike anything seen since the 1960s — and given the pandemic, the situation could be seen as more dire than anything we saw in that clamorous decade.

In the midst of this tempestuous season, Hillary Clinton — the 2016 Democratic Party presidential standard-bearer — decided to weigh in on what Joe Biden should do if the election didn’t go his way.

“Joe Biden should not concede under any circumstances because I think this is going to drag out, and eventually, I do believe he will win if we don’t give an inch and if we are as focused and relentless as the other side is,” Clinton told former campaign staffer Jennifer Palmieri on Showtime’s “The Circus,” according to the New York Post.

Furthermore, Hillary offered conspiracy theories as to how the GOP might steal the election.

Hillary Clinton has some advice for Joe Biden: Don’t concede in a close race.

The 2016 nominee sits down with @jmpalmieri and @sho_thecircus to urge Dems to pay close attention to GOP strategy. pic.twitter.com/REwfLf1QjS

Was Donald Trump responsible for the Capitol incursion?

“Look, I think that they have a couple of scenarios that they’re looking toward,” Hillary said. “One is messing up absentee balloting … so that they then get maybe a narrow advantage in the Electoral College on Election Day.”

She also told Palmieri that Democrats had “to have our own teams of people to counter the force of [intimidation] that the Republicans and Trump are going to put outside polling places.”

“We’ve got to have a massive legal operation, and I know the Biden campaign is working on that,” Clinton said.

There’s a presupposition that undergirds all of this talk: Joe Biden’s win was inevitable, and any win Donald Trump could have claimed was illegitimate. Keep in mind that Clinton spent the four years between her loss to Trump and the 2020 election pumping innuendoes into the U.S. body politic that her loss was, to varying degrees, also illegitimate.

On Thursday, President Joe Biden made it clear that Trump’s questioning of the results of the 2020 election represented a dire threat to our democracy.

“The former president of the United States of America has created and spread a web of lies about the 2020 election,” Biden said in his remarks, according to a Rev.com transcript. “He’s done so because he values power over principle, because he sees his own interest as more important than his country’s interest, than America’s interest. And because his bruised ego matters more to him than our democracy or our Constitution.”

And don’t forget the Republicans: “He has done what no president in American history, the history of this country, has ever, ever done. He refused to accept the results of an election and the will of the American people. While some courageous men and women in the Republican party are standing against it, trying to uphold the principle of that party, too many others are transforming that party into something else. They seem no longer to want to be the party of Lincoln, Eisenhower, Reagan, the Bushes.”

That last line — chef’s kiss, really. The Democratic Party has just discovered veneration for Ronald Reagan, George H.W. Bush and George W. Bush, three presidents there used to be no calumny low enough for. Moreover, this new veneration seems to be based on the assumption — a false one — that the rest of the Republican Party stands by Donald Trump’s refusal to concede the 2020 election.

And then there was the context of these remarks: Trump’s refusal to concede is directly responsible for the Capitol incursion.

Fine, then. The media, the president and the Democrats can excoriate Donald Trump all they want regarding the events of Jan. 6. However, let’s also acknowledge that in August of 2020, less than three months before the presidential election, the most powerful figure in the Democratic Party explicitly told Joe Biden to do the same thing Donald Trump did no matter what the circumstances. And no one on the left strenuously disavowed these remarks.

There were no caveats to Hillary’s suggestion. She automatically assumed — before ballots had been cast — that any Biden “loss” would be the result of Republican electoral malfeasance. If Clinton had her way and things had gone differently in the election, Joe Biden and the Democrats would have been holding a rally on the day the Electoral College was certified. Would a Democrat-led protest on Jan. 6, 2021, have looked any different?

And, more to the point — if refusing to concede when the results don’t go your way represents a mortal threat to our democracy, where’s the accountability for Hillary?