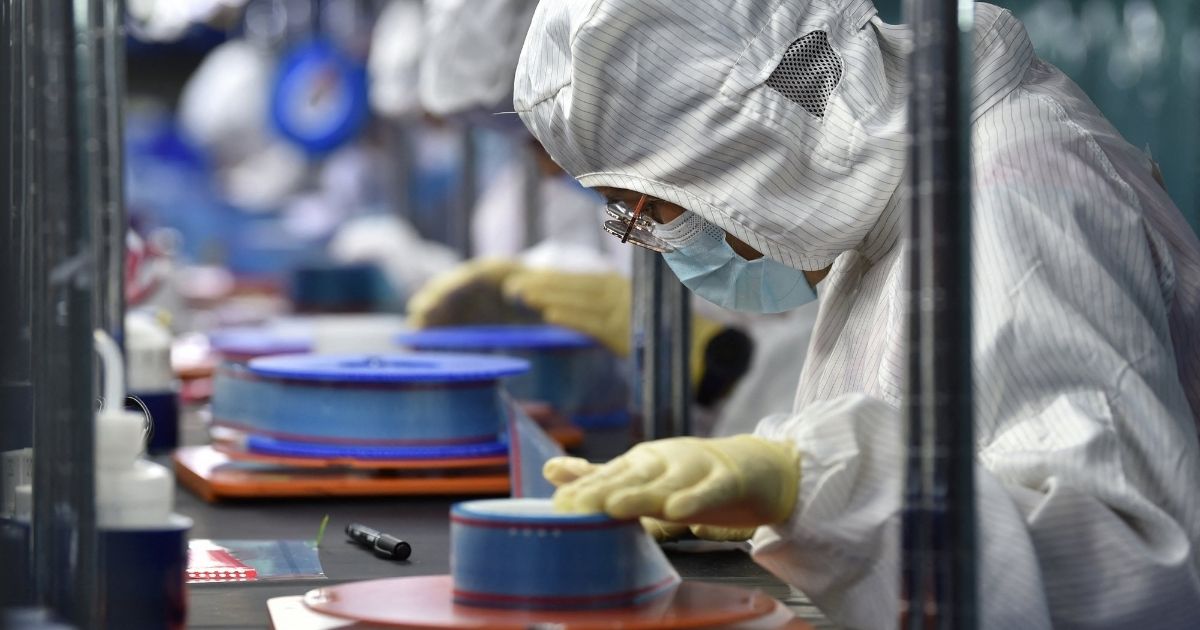 Economists sounded the alarm last week that the U.S. could soon be facing “the mother of all” supply chain shocks, and there’s no reason at all the think President Joe Biden or his administration is ready.

The warnings came from economists with the major British financial holdings company HSBC, according to Bloomberg News, who said the rapid spread of the omicron strain of the coronavirus across Asia — but particularly in China — will lead to production disruptions in China that add up to a devastating blow to the already struggling U.S. economy.

Bloomberg reports that as China pursues its aggressive “Covid-zero” strategy, “scattered infections” of COVID-19 have forced shutdowns of “clothing factories and gas deliveries around one of China’s biggest seaports in Ningbo, disruptions at computer chip manufacturers in the locked-down city of Xi’an, and a second city-wide lockdown in Henan province Tuesday.”

Henan is in the central part of China well away from the coast. However, it is among the country’s centers of electronics production, according to Bloomberg.

Coastal Guangdong Province, another electronics powerhouse, has also had an outbreak of COVID-19, according to Bloomberg.

Watch: Psaki Awkwardly Smirks as Reporter Savages Her by Listing Off Biden’s Failures for 1 Minute Straight

Manufacturing disruptions in those areas “could impact the supply of iPhones and other smartphones,” Bloomberg noted.

The coronavirus has highlighted just how utterly dependent upon China Americans have become for so many of the products we use every day. Given the tumult of the past two years, not much has been done to rectify that situation. Our economy is still heavily reliant on China, as are the economies of many other countries.

So, the decision to lockdown a city in China will have a ripple effect on the world. And the rulers in Beijing haven’t been shy about locking down city after city.

According to The Associated Press, China’s communist government last week it had locked down Anyang in Henan Province, a city with a population of 5.5 million, “after two cases of the omicron variant were reported.”

Do you think President Biden or his adminsitration are concerned about future shocks to the supply chain?

Yozhou, a city of 1.1 million in Henan Province, went into lockdown two weeks ago.

The ongoing lockdown of Xi’an, a city of 13 million in Shaanxi Province, also in central China, started three weeks ago, the AP reported.

This development brought the total number of individuals under lockdown in the country to approximately 20 million.

These measures are the most stringent since the Wuhan lockdown at the beginning of the pandemic.

“Since then, China’s approach has evolved into one of targeting smaller areas hit by outbreaks for lockdowns,” the AP reported.

Athletes Given an Unprecedented Warning Before Competing in Beijing Winter Olympics

But with the world’s attention — and scrutiny — coming with the Olympic Games set to start Feb. 4 in Beijing, the central government is taking more drastic measures.

The AP quoted an official whom it described as one of those “responsible for disease control” at the Olympics, who said, “If mass cluster transmission happens, it will impact the Games and the schedule for sure.”

“The worst scenario, if it happens, is independent of man’s will, so we leave our options open,” the official said.

Even if China were to relax its zero-tolerance policy once the Olympics are over, there is still plenty of time in between for shutdowns to wreak havoc with the global supply chain.

China has shown little restraint about locking down its people by the tens of millions, even before the Olympics. As more transmissible variants circulate, China will likely remain a patchwork of lockdowns.

The shutdown of a strategic city could hit the U.S. like a freight train.

Transportation Secretary Pete Buttigieg should be anticipating some of these potential shocks to the supply chain and trying to find ways to mitigate them ahead of time.

But given his performance so far — devoted more to exercising his own paternity leave than working behind the desk to try to resolve some of the country’s actual transportation problems — it doesn’t look like there’s going to be much effective action coming from there.

And as to the man now occupying the White House?

My guess is it’s the farthest thing from his mind.

The man who should be president of the entire country is missing an incoming disaster because, as his speech in Georgia showed, he’s too busy attacking his own citizens and federal lawmakers as the 21st century’s answer to Democrats of the past who tried to destroy the United States in the Civil War and called out police dogs and firehoses against black Americans seeking the right to vote in the South in the 1960s.

And this could easily burn us in the end.

Are you paying attention, President Biden? How about you, Mayor Pete?