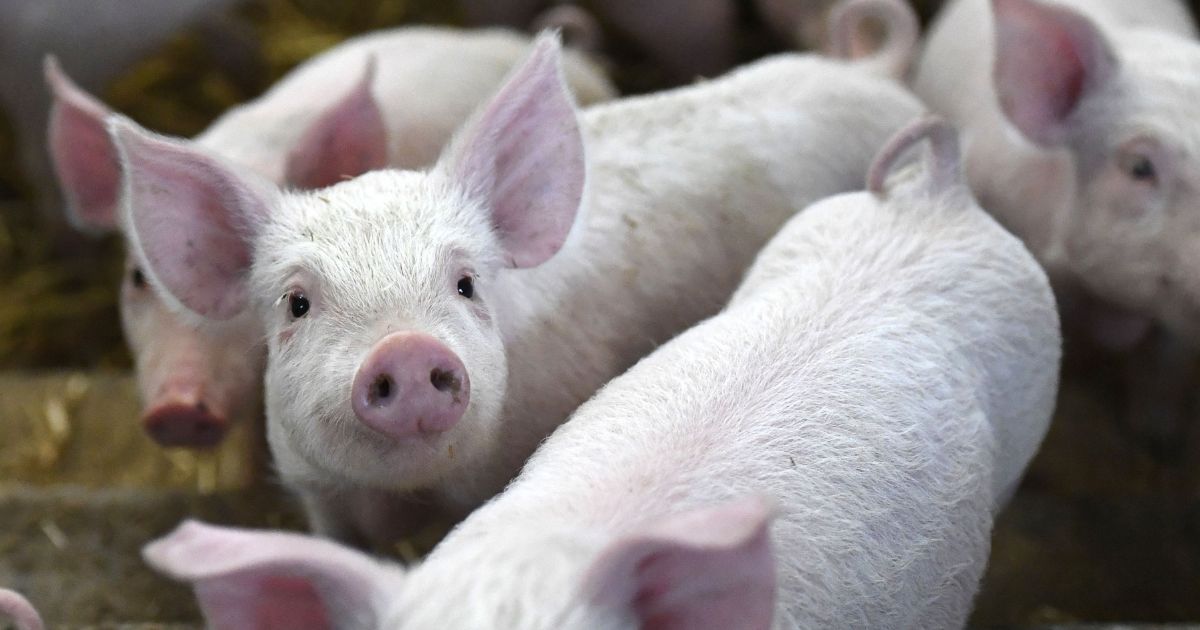 Scientists recently announced an experiment that rings all sorts of alarm bells but could also offer hope to those who need organ transplants. But the science needs deep discussions about its underlying morality before it is accepted.

An article in the New York Times seems taken out of a Twilight Zone episode or perhaps from a story written by Mary Shelley. It told the story of a group of Yale scientists who injected the bodies of dead pigs with a new concoction that brought the organs of dead animals back to a partial level of life.

The pigs had been dead for more than an hour — no blood circulating, no brainwaves, just dead. But when the scientists coupled their new concoction with a machine to start the beasts’ hearts pumping again, things changed things considerably.

As the Times noted, “Although the pigs were not considered conscious in any way, their seemingly dead cells revived. Their hearts began to beat as the solution, which the scientists called OrganEx, circulated in veins and arteries.”

“Cells in their organs, including the heart, liver, kidneys and brain, were functioning again, and the animals never got stiff like a typical dead pig.”

In contrast, the scientists used a machine to pump regular blood through the bodies of other pigs — this control group having been dead for the same period of time as the experimental group — and the results did not revive their organs in the least.

This experiment was aimed at extending an organ’s life-supporting potential, the Times noted.

“The researchers say their goals are to one day increase the supply of human organs for transplant by allowing doctors to obtain viable organs long after death,” the Times wrote.

“And, they say, they hope their technology might also be used to prevent severe damage to hearts after a devastating heart attack or brains after a major stroke.”

That’s right, they hope to eventually use this drug on humans.

This whole discussion, however, is fraught with ethical questions that must be answered before we begin using drugs that can seemingly bring humans back from death in whatever fashion.

Dr. Nita Farahany, a Duke Law professor, called the drug, “unbelievable” and “mind-blowing.” Farahany pointed out that we have a particular concept about death and its finality and meaning. But this could upend things.

“We presume death is a thing, it is a state of being,” Farahany told the paper. “Are there forms of death that are reversible? Or not?”

The OrganEx has nerve blockers in its mixture that are meant to stop the firing of neurons in the brain, the Times noted. And even with that, the researchers said that the “revived” pigs still had muscle movement. Some even experienced head jerking.

But what if the drug is altered to exclude ingredients that don’t keep the brain from firing neurons? Would that make the brain active again? Would that mean the subject is conscious and alive again?

But how will this drug work on humans who have died but whose organs can benefit others? When is the drug used?

Many countries require a human to be dead for two hours before organs are harvested. But, if this drug is used, is the person still alive? How do we know they aren’t? And if they are alive, are we harvesting organs from a live human?

These are extremely complex moral questions. Can we reverse death with experiments like this? If so, what does it mean? Indeed, it is an argument eerily similar to the discussion over abortion: What is life?

In 2013, for instance, abortion extremist Mary Elizabeth Williams admitted what everyone instinctively knows, a human fetus at every level is a human life. But her conclusion in her piece at Salon was, “so what?”

This is the anti-moral argument: Life is just a clump of cells at any stage. What we do with these cells is entirely up to our discretion. This makes human life a utilitarian concept.

Through the anti-moral lens, life has no specialness, no sanctity and no meaning.

Christians are taught that the individual is of central importance, not the collective. Christians practice “a believer’s” religion, not one into which you are somehow born or one that is controlled by some small set of priests.

But the ethical underpinning of Christianity must be eliminated in order to justify full governmental control and the provision of abortion on demand — and now, maybe, the re-animation of life.

With Williams nudging the abortion lobby toward the idea that killing an admittedly healthy human baby in the womb is not a big deal, we see the left’s concept of a complete disregard for human life, morality and God.

So, we need to have this argument — its importance spans larger than the mere concept of whether we can maintain an organ’s function past death. We’re fighting to define what human life is: Is it sacred, or is it something that we can manipulate at whim?