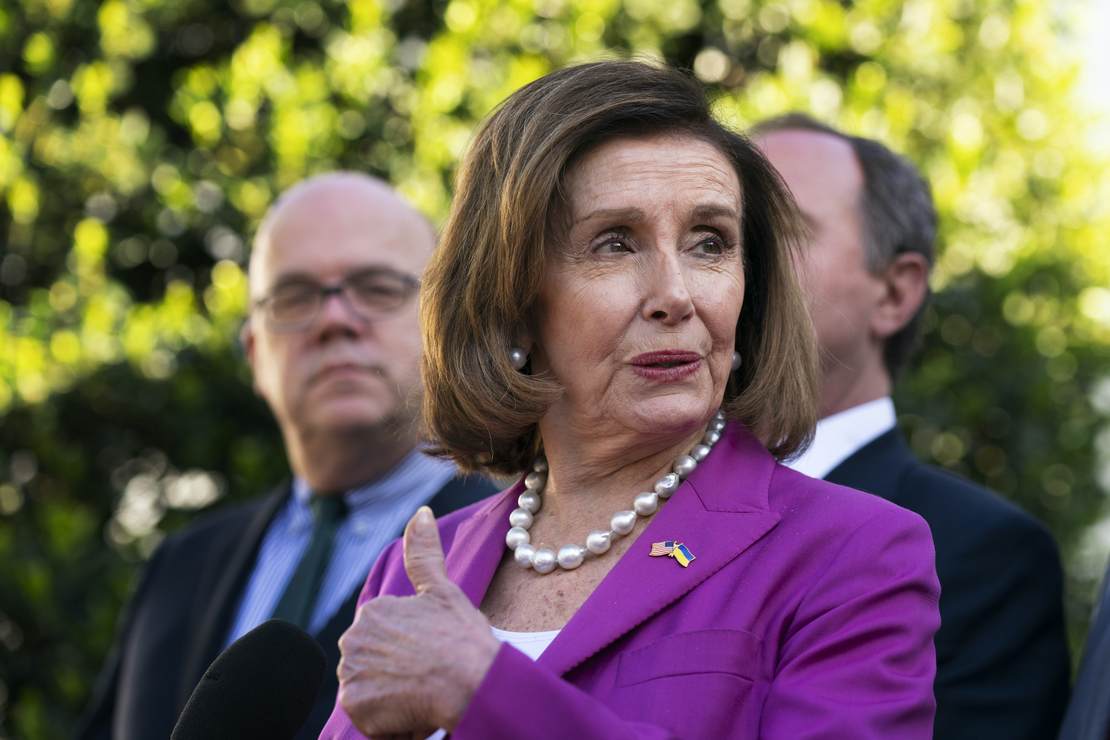 None of those 24 Republican votes were necessary, either. Despite all the grousing from progressives like Bernie Sanders about CHIPS, Pelosi managed to convince 219 Democrats to vote yes.

I guess Manchin and Schumer were right to wager on her ability to wrangle her caucus. That’s usually a safe bet.

Although it’s probably Mitch McConnell more so than Pelosi who assured Democratic unity today. Some progressives who’d otherwise side with Bernie in opposing the bill might have bitten the bullet on this one to deliver the coup de grace to Mitch after Manchin expertly double-crossed him. If CHIPS had gone down today due to lack of Dem support, McConnell’s ultimatum — Democrats can have a semiconductor bill or they can have BBB but they can’t have both — would have succeeded.

Forced to choose between blocking legislation that amounted to a corporate giveaway and passing it in order to own the Mitch, the Squad and other lefties happily chose pwnage.

Question: How many of these 24 Republicans would have voted yes if it had turned out that Pelosi *did* need their votes to pass it? Once 218 Democrats were locked in, this became a freebie for any Republican who wanted to support the bill on the merits.

Lotta hawks on that list. “Guess who came out today, strongly opposed to the CHIPS bill? The Chinese Communist Party,” said Republican Michael McCaul. “If you want to know who hates this bill, who lobbies against it, the Chinese Communist Party. Why? Because they know it’ll help us compete against them.” Some of those hawks, most notably Liz Cheney and Adam Kinzinger, are also conspicuously no longer beholden to Kevin McCarthy and could afford to vote their preference without fear of reprisal.

Another notable yes vote: Freshman Peter Meijer, who voted to impeach Trump last year and cast another tough-ish vote against his party today in favor of CHIPS. Meijer’s reward for his independent streak, as you may recall, is Democrats throwing money at his MAGA opponent in the GOP primary to try to knock Meijer off.

Today, I joined GOP leaders of the Foreign Affairs and Intelligence committees to vote in favor of CHIPS+, which includes funding for the CHIPS Act, my FABS Act, my National Supply Chain Database Act, and other vital legislation to compete w/ China. (1/3) https://t.co/RguZZTl1Lx

China hates this bill bc it will degrade CCP’s ability to build chips under 28 nanometers and bolster advanced (sub 13nm) chip production in the US, which is essential for our future competitiveness. I was more than happy to stand against the Chinese Communist Party today. (3/3) https://t.co/OFcAjT9Gog

Yet another high-profile Republican supporter was Tim Ryan of Ohio. Wait, sorry — I’m being informed that Ryan is … actually a Democrat? Could’ve fooled me. “Conservatives aren’t wrong about everything,” he told NBC in an interview this week. “Democrats aren’t right about everything.” Ryan has done such a convincing job of posturing as a right-leaning nationalist in his Senate race this summer that his actually Republican opponent, J.D. Vance, is reportedly hearing from confused donors under the impression that the GOP primary is still ongoing and that he and Ryan are competing for the nomination.

Ryan was very pro-CHIPS on the House floor today. And I do mean “very.”

if you watch one thing today make it this pic.twitter.com/jUCe3jpl0i

Intel has been waiting on passage of the bill to open a new semiconductor factory in Ohio. Which means Ryan is probably the single biggest political beneficiary of this vote in Congress.

With CHIPS now in the books and BBB on track to pass, Senate Republicans are pissed at their friend Joe for having outmaneuvered them.

“It was obviously a double-cross by Joe Manchin,” Sen. Tom Cotton (R-Ark.) said on Fox News Wednesday evening. “Just two weeks ago, he said he wasn’t going to support a bill like this.”…

Cotton, for his part, was not persuaded by Manchin’s argument that he’s just trying to get a bill done by recess.

“I’m sure Joe’s story will change,” Cotton told HuffPost. “As it always does.”

Manchin insists that he wasn’t trying to deceive Republicans by walking away from BBB two weeks ago and then continuing to negotiate with Schumer. But that’s hard to square with the timing of yesterday’s announcement. Just hours after CHIPS passed the Senate with Republican support, Manchin coincidentally decided that it was finally time to reveal the new and improved Build Back Better? C’mon.

Senate Republicans did exact a measure of revenge on Democrats last night, although in doing so they shot themselves in the foot. They successfully filibustered a bill providing aid to veterans who’d been injured by burn pits overseas, a move that left Manchin aghast. “Republicans now are basically holding the veterans hostage because they’re mad,” he told reporters. “This is wrong.” I assume the bill will pass once GOPers cool off but in the meantime Democrats and their allies will take full advantage. They invited Jon Stewart to come up to the Hill and scream about it this afternoon and he came loaded for bear. I’ll leave you with this. Language warning.

Stewart: America’s heroes who fought in our wars outside sweating their asses off.. while these motherfuckers sit in the air conditioning.. pic.twitter.com/aLdaZNShjL

Stewart: Wtf are we… They’re on Senate time. Senate time is ridiculous. These motherfuckers live to 200. They’re tortoises. pic.twitter.com/DfzjMcfmdz