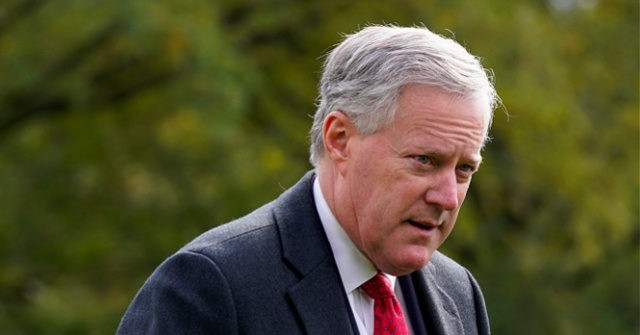 Following the January 6 committee’s recommendation, the House voted in favor of a resolution to hold former White House chief of staff Mark Meadows in contempt of Congress on Tuesday.

On Sunday, the House committee investigating the Capitol Hill riot released a 51-page document accusing Mark Meadows of willfully failing to comply with a second scheduled deposition last Wednesday. The committee recommended the House hold him in contempt by a vote 9-0, and the House followed through on Tuesday with a vote of 222-208 in favor of the resolution. Reps. Adam Kinzinger (R-IL) and Liz Cheney (R-WY) sided with the Democrats.

“Mr. Meadows’s failure to appear for deposition testimony in the face of this clear advisement and warning by the Chairman, and after being given a second chance to cooperate with the Select Committee, constitutes a willful failure to comply with the subpoena,” the committee wrote.

Meadows, who was former President Donald Trump’s chief of staff at the time of the riot, is accusing the select committee of abusing its powers and undermining the executive privilege authority invoked by Trump and several members of his inner circle.

“Even if privileges were applicable to some aspects of Mr. Meadows’s testimony, he was required to appear before the Select Committee for his deposition, answer any questions concerning non-privileged information, and assert any such privilege on a question-by-question basis,” the committee wrote in its resolution.

On Tuesday, the committee released several text messages that Meadows allegedly received in the days leading up to and during the January 6 riot. Congresswoman Cheney said that Meadows originally shared the text messages before reversing his decision to cooperate with the investigation.

“Mr. Meadows received numerous text messages, which he has produced without any privilege claim, imploring that Mr. Trump take specific action we all know his duty required,” said Cheney. “Indeed, some of those text messages, madam speaker, came from members in the chamber right now.”

On Monday, Meadows appeared on Fox News where he told Sean Hannity that holding him in contempt is just an attack against former President Trump

“Let’s be clear about this, this is not about me, holding me in contempt,” said Meadows. “It’s not even about making the Capitol safer. We’ve seen that by the selective leaks that are going on right now. This is about Donald Trump and about actually going after him once again.”