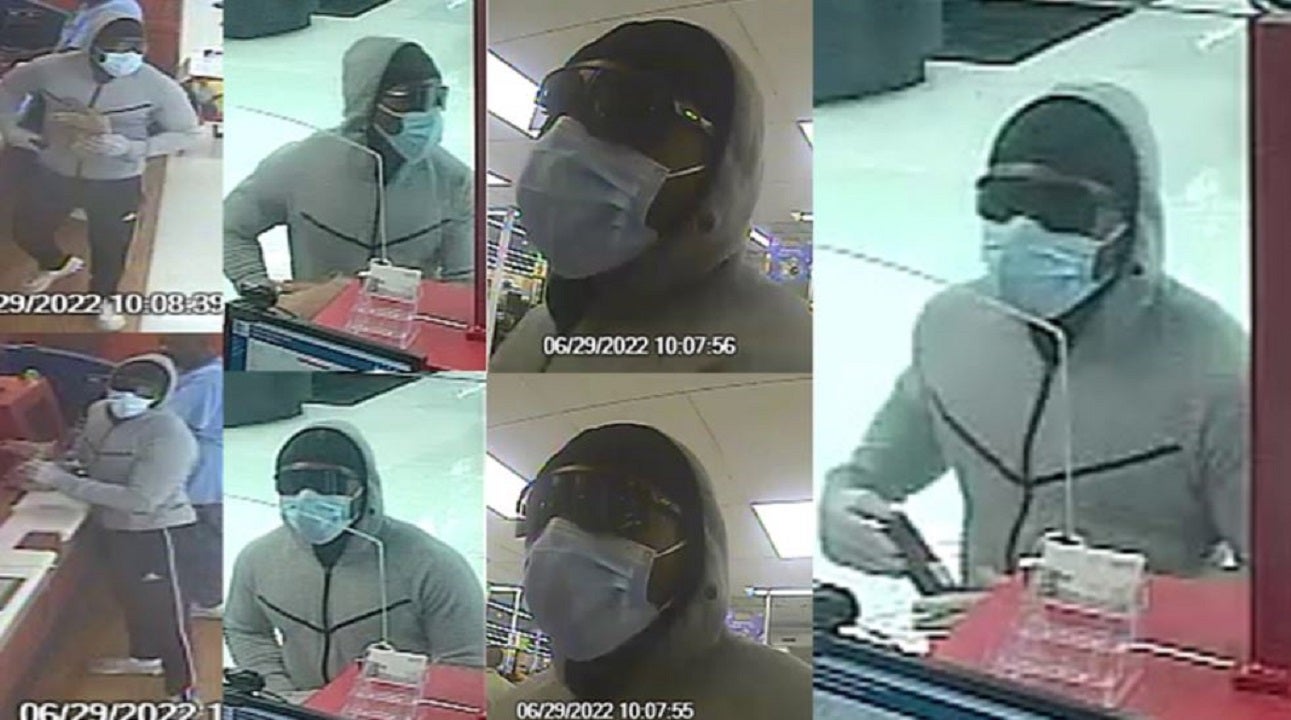 An alleged bank robber with a penchant for large black sunglasses is being sought in connection with a series of heists.

The FBI said the unidentified suspect known as the “Big Shades Bandit” wore the over sized shades during his first known robbery on June 29 inside a First Convenience Bank.

He robbed another First Convenience Bank on Aug. 13 and struck again on Tuesday.

Houston authorities are searching for the “Big Shades Bandit” who robbed at least three banks since June.
(Houston Police Department)

Authorities said he approached the same bank at a different location in his most recent heist, approached the teller and handed a note demanding cash while brandishing a gun.