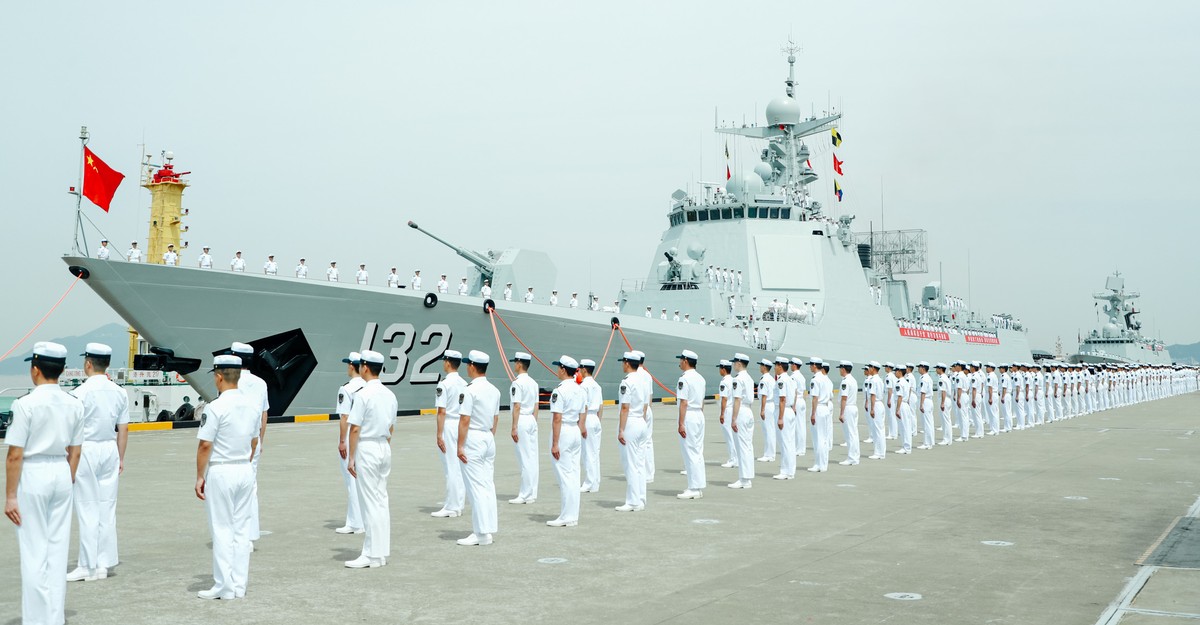 If President Joe Biden’s trip to Asia—marked as it was by his comments on the defense of Taiwan, announcements on a proposed new regional trade pact, and meetings with leaders who exhibit similar levels of concern about a rising China—has shown the persistence of American global power, it has also revealed something of equal importance: Beijing’s failure to translate economic might into political dominance, even in its own backyard.

Biden today concluded a summit of the leaders of the Quad—a security partnership including Australia, India, Japan, and the United States—who issued a joint statement chockablock with references to promoting democracy, a rules-based global order, and peaceful resolution of disputes. That came a day after Biden announced the formation of the Indo-Pacific Economic Framework, a partnership with 13 countries as diverse as South Korea, Vietnam, and New Zealand. Notably absent from all of this was China. Biden’s trip exhibited Washington’s continued ability to rally other nations behind its standard, and in initiatives overtly targeted against the region’s supposedly rising superpower.

The script wasn’t meant to read this way. As China grew in economic importance, its smaller neighbors would, the thinking went, inevitably and inexorably be drawn into its orbit, while U.S. power would correspondingly fade, ushered along by its own political divisions and percolating isolationism. Events of the past decade seemed to prove the assumption: As China acted more assertively in the region, Washington’s efforts to cling to primacy appeared to falter. President Barack Obama’s “pivot” to Asia concluded with a thud when Donald Trump pulled Washington out of the Trans-Pacific Partnership economic pact. (The other 11 members inked the deal anyway.) And Trump, beyond his bellicose and inchoate trade war against China, largely ignored the region, save for a couple of fancy dinners with Kim Jong Un.

Meanwhile, Beijing appeared to fill the void. China is at the center of another Asia-wide trade pact, called the Regional Comprehensive Economic Partnership, which came into effect in January, while its infrastructure-building Belt and Road Initiative has funded railways, ports, and power plants from Pakistan to Laos. Beijing has also muscled aside its rivals in the South China Sea, steadily turning its contested claim to nearly the entire waterway into a fait accompli, and consolidated its hold over disputed territory also claimed by India. As the U.S. withdrew from Afghanistan last year, Beijing, having fostered sound relations with the Taliban, seemed poised to become the country’s new patron. Amid the COVID-19 pandemic, China also tried to win early plaudits through “vaccine diplomacy,” eagerly shipping its homemade jobs to neighbors. China was winning.

But as China seeks to expand its power, it seems to become more isolated. Biden’s new economic framework has attracted countries across ideological lines (from Communist Vietnam to democratic Australia) and some nations that try to carefully balance the two powers, such as Singapore. Beijing hasn’t weakened American bonds to its chief allies in the region—Japan, South Korea, and Australia. If anything, Washington appears to be drawing more countries to its side of the table, such as India.

All of this exposes the abject failure of Chinese foreign policy. Despite their constant pledges of “peaceful development,” China’s leaders have scared many of the country’s neighbors. New Delhi, historically no fan of Washington, has felt threatened by Chinese hostility over disputed borders. Beijing’s intensifying intimidation of Taiwan—with Chinese jets buzzing dangerously close to the island—has alarmed the region. Politicians in Canberra and Seoul have certainly not forgotten the economic coercion Beijing employed against them to compel changes in their policy. China’s bullying in the South China Sea has irked those with competing maritime claims. The Philippines, a longtime U.S. friend, has been trying in recent years to strengthen ties to China but, frustrated by Chinese shipping crowding into waters claimed by Manila as an exclusive economic zone, a Philippines foreign minister last year tweeted a very undiplomatic “GET THE FUCK OUT!”

Of course, to maintain its influence, Washington will have to follow through on its new initiatives. In that, Biden is already constrained by politics back home. The new economic framework is not a trade pact aimed at reducing tariffs, a sop to grumbling in the U.S. that trade with Asia costs American jobs. The deal’s focus on environmental and labor standards alone, critics contend, will water down its value and appeal. The U.S. Chamber of Commerce found it “disappointing.”

But that misses the geopolitical point. The goal of the framework is to ensure that Washington is “writing the rules” on crucial economic issues such as digital business and climate change, a way to solidify American influence against Beijing’s efforts to refashion the norms of the global system in its own favor. The agreement will also focus on securing supply chains—bad news for China, which has been alienating foreign business with erratic “zero-COVID” shutdowns, support for Moscow in its invasion of Ukraine, and human-rights abuses. The framework just so happens to bring together most of China’s chief Asian competitors when it comes to being a base for production(India, Indonesia, and Vietnam) with the countries that invest in and operate those bases (Japan, South Korea, and the U.S.). That can potentially further encourage international companies to relocate their supply chains out of China. And then there is the sheer symbolic value of Biden rocking into town and attracting leaders from across what is supposed to be China’s home turf into a new economic initiative.

For China, the message is clear: Get a new foreign policy. Beijing seems to believe that its economic weight will eventually compel the rest of the region to flock to its flag. But there is little sign of that happening. South Korea exports far more to China than the U.S., but that didn’t stop its new President Yoon Suk Yeol from hosting Biden on his Asia tour before any summit with Xi Jinping. Nor is China even offering all that much on the economic front these days. Beijing’s longtime policy direction, “reform and opening up,” offered the hope of greater cooperation, and thus profits for foreign investors and other countries. Xi has replaced that with the more insular and nationalistic “self-sufficiency,” a campaign to replace imports with Chinese alternatives.

Beijing will have to woo the world with more than money. Chinese leaders are attempting to promote their own values and norms—of the authoritarian persuasion—on the global stage. That’s won China some support in forums such as the United Nations. But its immediate neighbors seem far more concerned about the threat created by Beijing’s expanding power and aggressive use of it than they are about American finickiness over human rights.

There is little indication, however, that Xi and his foreign-policy team have any intention of softening their stance on key regional issues. Biden’s success may, if anything, prod them to lash out further. A commentary in Xinhua, China’s official news agency, was quick to deride Biden’s economic framework as a “big scam” based on “sinister intentions” meant to “undermine regional stability,” before complaining about China being left out.

This shift—of China’s neighbors opting for tighter ties with America—may progress more and more if Beijing doesn’t change course. Its neighbors would much rather be on good terms with Beijing than bad, and most governments in the region will attempt to balance their relations with both great powers. At the same time, the message to Xi should be loud and clear: As in Europe, where Vladimir Putin’s aggression is uniting the rest of the region against him, so too in Asia is an aggressive China entrenching, not weakening, American power.