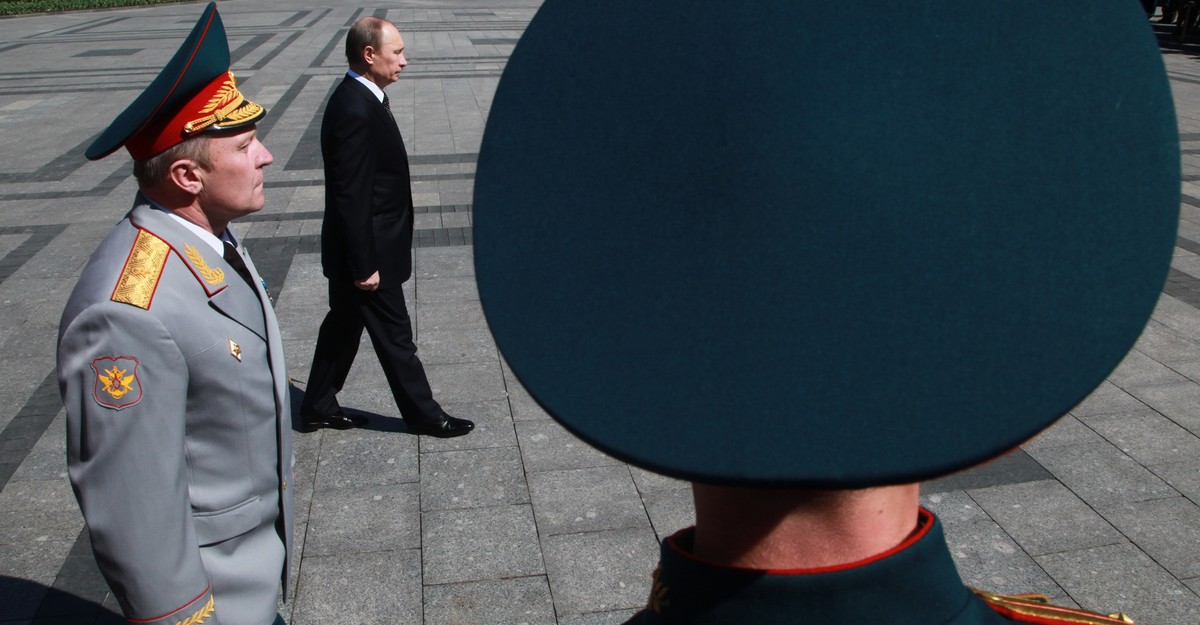 Vladimir Putin likes to associate today’s Russian Federation with the old Russian Empire, and in one sense he is right. The Russian Empire was the most repressive state of its era, with the most refined state police: the Okhrana. Russian revolutionaries, the men and women who would establish the Soviet state, were educated by its methods. It did not simply hunt them down: it ensnared them, often without their knowledge, in a complicated dance of incriminating their comrades. It specialized in provocations. It knew how to make its enemies do the work for it.

Intelligence work means finding things out. Counter-intelligence means making this difficult for others. At the far fringe of counter-intelligence are operations designed not just to confuse the world but to change it: in Russian, maskirovka or provokatsiia. The Cheka, as the Bolshevik state security apparatus was known, took over and extended these methods of the Okhrana. Communist ideology lent them new life. No one was ever innocent; everyone was connected to the class struggle in one way or another; it was justified to use people against one another.

Thanks to tradition and ideology, Soviet organs were superior to their Western counterparts. In the early 1920s, when the Soviet state was vulnerable to outside pressure, the Cheka ran an operation called “Trust.” Its operatives went abroad to pose as members of a conspiratorial organization inside the USSR. They told European intelligence services that they could bring down the Soviet regime, and just needed money. This discouraged European states from intervening in the Soviet Union at a time when intervention would have made a difference, and secured hard currency to supplement the Cheka’s budget.

Read: The Bad Guys Are Winning

During the Second World War, the NKVD (as the Soviet state police was then known) was more formidable than the Gestapo. After the joint German-Soviet invasion of 1939, Poland was divided between the two powers, and its territory formed a kind of natural experiment. When the Gestapo had a lead and made an arrest, it tortured and it killed. Polish resistance continued. Under Soviet occupation, there was no Polish resistance. The NKVD made an arrest, turned the person to their side, and sent him or her back as an agent. They did this until entire underground groups were essentially doing what Soviet power wanted them to do. Only then was everyone arrested or sent to the Gulag and executed.

It was much the same story during the Cold War. Had the Cold War been an intelligence contest, the Americans would not have stood much of a chance. Like the Europeans before them, the Americans simply lacked the instinctual paranoia, habitual creativity, and years of practice necessary to sniff out provocations.

That said, the habit of maskirovka, or deception, came with terrible costs. If all one does is provoke, then all one sees is provocation. When Stalin’s policy of collectivization led to mass famine in Soviet Ukraine, he blamed a Polish intelligence operation. This was risible, but people believed him. The writer Arthur Koestler, in Kharkiv at the time, believed propaganda to the effect that starving peasants with bulging bellies were just provocateurs. One reason the Soviet show trials of the 1930s were possible was that the stories told about the accused, which were wildly implausible, could fit into a world of mirrors where everyone was used to suspecting every apparent reality. During the purges, the call was to “unmask” people against whom there was no evidence in the traditional sense: a way of thinking that makes sense when maskirovka is a way of life.

Stalin grew so accustomed to overthinking reality that he could miss its essential elements. It was obvious in the spring of 1941 that Germany was preparing to betray its Soviet ally and invade. German troops were massing at the common border, in the middle of occupied Poland. Stalin received more than 100 intelligence warnings. But he disregarded them all: he preferred to interpret the intelligence data as evidence of a British provocation, designed to turn the Soviets and the Germans against each other. This mistake cost millions of lives.

Vladimir Putin, a former KGB officer, is an heir of this tradition. He was entirely unknown when chosen by Boris Yeltsin to be his successor in August 1999; his approval rating stood at 2 percent. The next month a series of bombs exploded in Russian cities. Putin was quick to assign blame for the attacks to Chechen terrorists, and began a war to subdue the breakaway Russian region of Chechnya. His approval rating was suddenly 45 percent. No evidence was produced that any Chechen had anything to do with the terror attacks. There was evidence, on the other hand, that it had been an inside job by the FSB (as the former KGB is now known). In one city, FSB officers were apprehended as suspects by their colleagues. Putin then went on to win presidential elections in March 2000, and has been with us ever since.

The technological advances of the 21st century have only helped Putin’s cause. Thanks to social media, Putin’s invasion of Ukraine in 2014 was triumph of postmodern provocation. If you were on the left you heard that Ukraine was Nazi; if you were on the right you were told that it was gay; if you were on the far right you were told that it was Jewish. Such stories prevented people in the West from seeing the simple truth: one country had invaded another, taken its territory, and killed and displaced its civilians. Encouraged by success in Ukraine, Russia applied the same techniques to the Brexit referendum and an American presidential election, with similar results. People on Facebook or Twitter in the United Kingdom or the United States were dealing with someone else than they thought they were, and took actions that served a hidden hand: digital maskirovka.

In March of that year, Putin let slip the kind of warfare that was planned: “And let’s see those [Ukrainian] troops try to shoot their own people, with us behind them—not in front, but behind. Let them just try to shoot at women and children!” On July 5, Russian special forces withdrew to the city of Donetsk. Six days later, the Russian army began to shell the Ukrainian army from the Russian side of the border. The Ukrainians could not shell Russia, since international public opinion would blame them for an escalation, but they could try to hit the Russians in Donetsk. This was the point: “The shelling so far in Donetsk,” as the Russian commander Igor Girkin himself admitted, “I am responsible.” Having provoked the Ukrainian army to shell a Ukrainian city, Russia recruited more irregulars from among those who suffered, and blamed everything on the Ukrainians.  Something very similar can be expected now.

Provocation can become a necessary condition to action. Putin has massed Russian forces at the Ukrainian border, but he has no story (yet) for the Russian people as to why he would invade. Russians seem not to believe that an invasion is in the offing, and there is little sign that many of them would support such a thing if they believed that their side were the aggressor. This opens a certain vulnerability: if Putin really does want to invade, he will have to deliver some effective illusion before doing so, one that allows Russians to think that something besides a war of aggression is going on.

No one knows what Putin will actually do, or why. He may be lost in his personal myth of Russian-Ukrainian unity, and truly does imagine that he will gain immortal glory by invading Russia’s neighbor on the logic that it is Russia’s brother and that Ukrainians need a forceful reminder of fraternity. One can imagine such crashing naivety as a fitting companion of a career of provocation: when you believe nothing else, what remains is childish fantasy. However that may be, the habit of provocation might be making it harder for Putin to read the outside world. Just because you live in a house of mirrors does not mean that you can find the exit.

Whether or not a war is coming, Americans ought to remember that provocation is already part of it, and that provocations work at many levels. The Biden administration resisted the obvious one, which was to make concessions under psychological pressure. It has also had unprecedented success in pointing to Russian scenarios of provocation in the Donbas, thereby making them harder to carry out.

This has deprived the Russians of tactical advantage and avenues of propaganda. The creativity and historical awareness of the Biden administration has made war costlier for Russia. Of course, there might be another level to consider: that the mobilization (or even an invasion) is meant to divert our attention from something else.