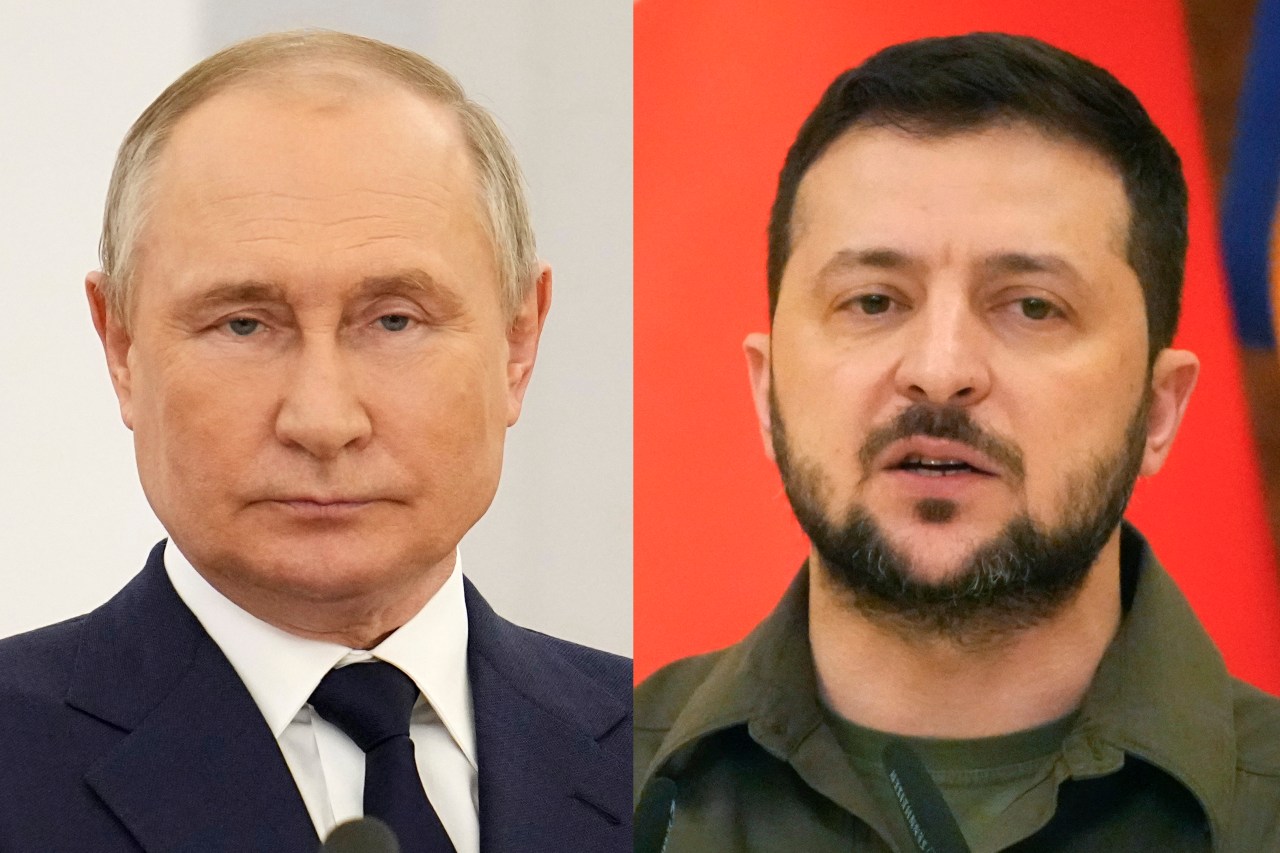 How will the war in Ukraine end? Kyiv understandably views the survival of Ukraine as a free, independent, sovereign state existential. That has led President Volodymyr Zelensky to set maximum goals such as retrieving much or all of the nearly 20 percent of his country occupied by Russia along with reparations from Moscow as non-negotiable.

Zelensky’s objectives are unobtainable, barring a regime change in Russia or wholesale mutiny of Russian forces. U.S. and Western support has often been self-deterred not to provoke Russian escalation. That has led to a military stalemate that could risk becoming permanent or evolving into a frozen conflict. And it is unlikely that Ukraine will receive the wherewithal to mount an effective, combined arms, offensive capability to retake all its lost land.

Moscow’s aims are less apparent. Some argue that Russian President Vladimir Putin seeks a negotiated agreement, probably with Russia retaining full control of Crimea and occupied Donbas. Last week’s ukase increasing the size of the Russian army by 137,000 is meant to strengthen Moscow’s hand. Signaling an indefinite commitment to fighting may make negotiation a more acceptable option for Kyiv. However, raising and training a larger army takes time, and an increased draft will not be well received by many Russians.

Further, Russian military doctrine asserts that to defend against a perceived existential threat to the state (i.e., the regime), nuclear weapons would be used. Would a “defeat” in Ukraine (meaning the substantial loss of currently occupied territories) trigger that use to “shock and awe” Kyiv into surrender or an imposed peace? That remains one of many potentially existential questions that cannot be discounted or answered with certainty.

For the U.S. and West, while it is broadly true that all wars must end, what is the strategy for ending this war on terms favorable or acceptable to Ukraine? There does not seem to be one. Killing enough Russian soldiers to impose sufficient costs to force Russia to negotiate or at least accept a ceasefire and leaving the terms to Zelensky to decide is both reckless and foolish. Of course, one unstated aim may be to continue to bleed Russia, much as the aim in Afghanistan was to weaken the USSR, ultimately forcing its withdrawal.

As the war enters its seventh month (or eighth year if one believes the 2014 annexation of Crimea was the start) and winter approaches, energy supplies will exert greater political impact on European and NATO relations with Russia. Putin will exploit the energy weapon to weaken the coalition. Aiding Putin in this is high inflation and political instability in the West.

Politics in the U.S. and Italy are fractious. The United Kingdom is on its fourth prime minister after the prior three were effectively thrown out. How long Western consensus and coherence over supporting Ukraine persist, especially if the war were to escalate or show signs of permanent stalemate, is a pressing question.

While China and Russia have moved closer in a strategic partnership, China is clearly the senior partner. It is unlikely that Beijing would oppose a negotiation or ceasefire. And Beijing would certainly oppose any escalation that would be disruptive to its already ailing economy.

The only sensible outcome, therefore, is for some form of negotiation, perhaps beginning with an enforceable ceasefire. But in war sensibility and rationality are often early casualties. That aside, it would seem the best course is to convince or coerce Putin and Zelensky that it is in their self-interest to seek a settlement. Putin may or may not be open to that. Zelensky is not. Hence, if any settlement is to be reached, that decision cannot rest only with Zelensky. Zelensky must understand that an end to the war is essential if Ukraine is to survive as an independent state.

In the past, the U.S. and NATO have imposed their wills on leaders to end wars: The U.S. in Vietnam, Afghanistan and Iraq — and each ended badly. NATO had some success in the Balkans. Hence, there is risk.

How to achieve ending this war is a Sisyphean issue. Because President Biden has labeled Putin a war criminal, perhaps Turkey’s President Recep Tayyip Erdogan may be the best intermediary with Moscow. For Ukraine, it must be the U.S. And the West must guarantee enough long-term support and aid for Ukraine  to secure its independence. Starting this process now does not ensure success. But what is the alternative?

Harlan Ullman is senior adviser at the Atlantic Council and the prime author of “shock and awe.” His latest  book is “The Fifth Horseman and the New MAD: How Massive Attacks of Disruption Became the Looming Existential Danger to a Divided Nation and the World at Large.” Follow him on Twitter @harlankullman.