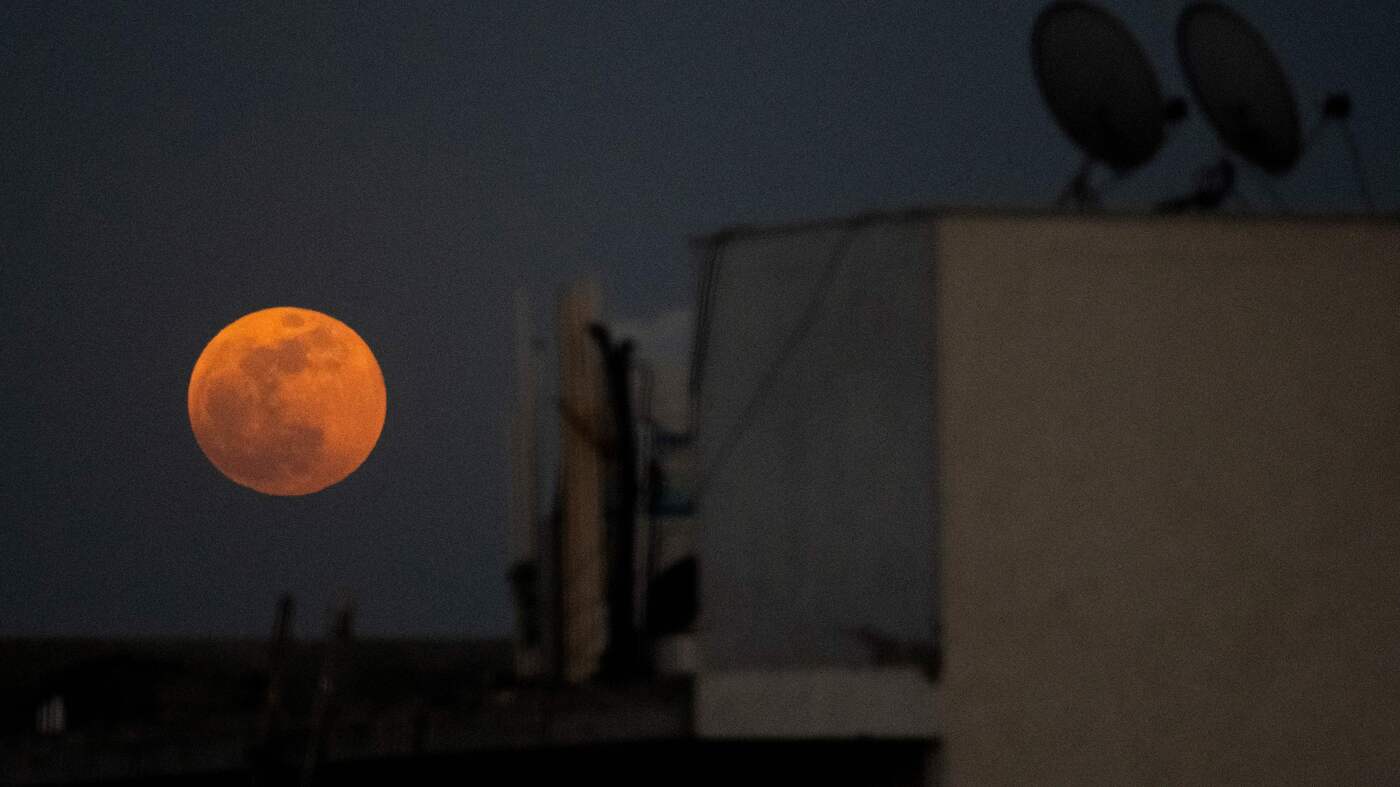 The Super Blood Moon rises over a residential area in New Delhi during a total lunar eclipse on May 26, 2021.

The Super Blood Moon rises over a residential area in New Delhi during a total lunar eclipse on May 26, 2021.

West Coast night owls and East Coast early risers will have the best view of the upcoming lunar eclipse this Friday.

Overnight, the moon will pass into the shadow of Earth cast by the sun, illuminating the gray orb with a red hue. It will be the second and final eclipse of the year.

NASA predicts the eclipse will last over 3 hours and 28 minutes. That would make it the longest partial lunar eclipse in 580 years, according to the Holcomb Observatory at Butler University.

Here’s how to see the eclipse, and what you might glimpse:

How to see the eclipse

The lunar eclipse will be visible in North America, as well as parts of South America, Polynesia, eastern Australia and northeastern Asia, according to NASA.

To see the show, simply go outside and have a look. A pair of binoculars or a camera with a tripod might enhance your view.

Why this is an “almost total” lunar eclipse

It’s true that this won’t be a total lunar eclipse. NASA calls it an “almost total” eclipse.

That’s because up to 99.1% of the moon will pass into Earth’s umbra but the whole thing won’t.