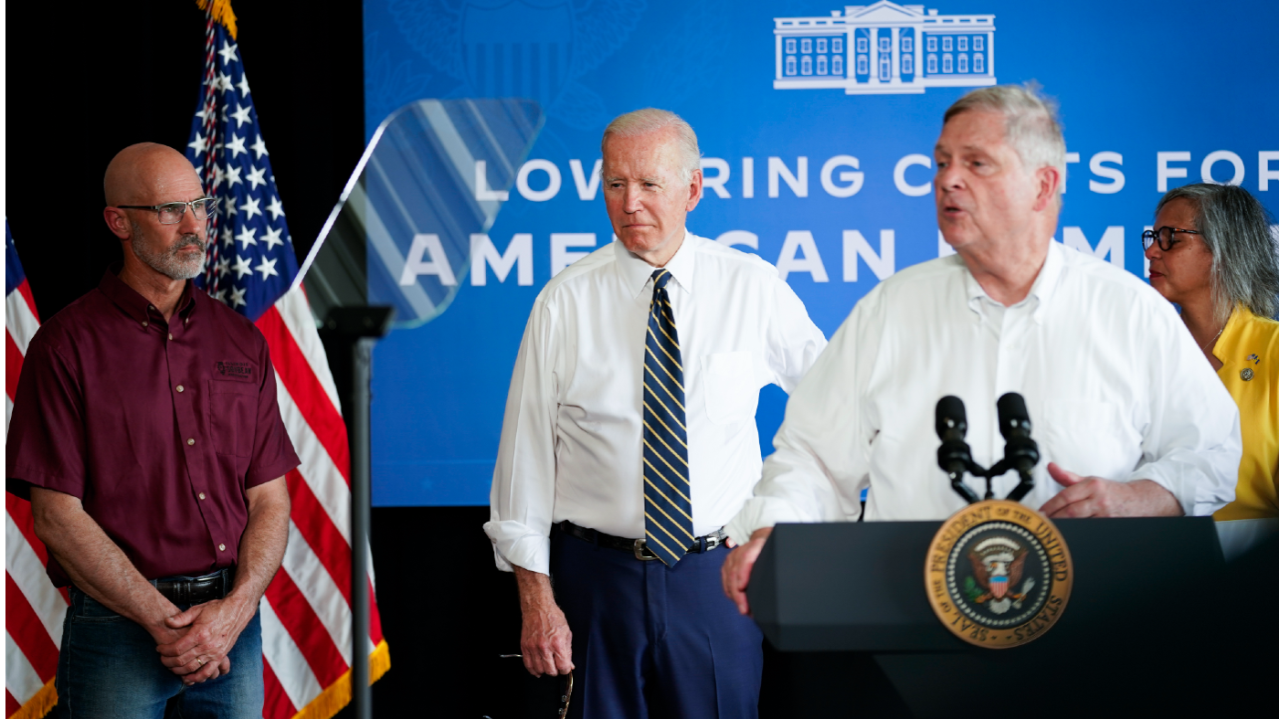 Nearly 50 years ago, President Richard Nixon organized the first White House Conference on Food, Nutrition, and Health where he called on Congress to take action to address America’s hunger crisis. It kickstarted a national conversation to address the growing problem of food insecurity across the nation. Many of the programs Nixon supported are still being implemented in some form today.

The Biden administration is preparing to host a similar forum later this month — the first presidential-led initiative of its kind in nearly half a century — to solve this continuing problem. Yet today, we lack the same bipartisan commitment Nixon showed to make this moment count for millions of underserved Americans who face every day without enough food to eat.

Unless our elected leaders express a sudden and unexpected desire to work together, Biden’s commendable objective of ending U.S. hunger by 2030 faces enormous challenges in both the U.S. House and U.S. Senate.

Nixon was determined to stop hunger in America. In 1969, he urged Congress to pass food assistance initiatives, expand food stamps, improve food access to pregnant women and children and streamline the way food programs were administrated. He believed in it so deeply that he backed a plan to allocate $2.5 billion (in 1969 dollars) to fight it, and proposed creating a new government agency to oversee it.

“That hunger and malnutrition should persist in a land such as ours is embarrassing and intolerable,” he said to lawmakers at the time. “[T]he moment is at hand to put an end to hunger in America itself. For all time. I ask this of a Congress that has splendidly demonstrated its own disposition to act.”

Congressional leaders heeded Nixon’s call by working collaboratively with his administration to establish new benefit standards for food stamp eligibility. Food stamp initiatives grew five times during Nixon’s tenure in office and helped millions of people. Bipartisan support to combat hunger continued under George W. Bush, who helped restore food stamp access for America’s immigrant population. Since then additional improvements have been made to what we now call the Supplemental Nutrition Assistance Program (SNAP) to help the underprivileged.

Despite these efforts, the number of people in America who go hungry or lack access to healthy food every day is disheartening. The pandemic caused an astonishing 54 million people to be food insecure, and the racial disparity of COVID-19’s impact was stark, affecting households of color twice as hard as white households. Pandemic relief efforts made an enormous difference in 2021 by reducing hunger to the lowest level on record in nearly two decades for families with children. But the expiration of the child tax credit, the discontinuation of the COVID-19 economic stimulus and the skyrocketing costs of groceries due to inflation will likely cause a rebound in food insecurity across the country over the coming years.

Biden’s reversal of a Trump-era decision to defund SNAP brought back $1 billion per month of emergency relief to needy families. It was an important step but it won’t be enough to solve the hunger problem. SNAP is just one piece of the puzzle, helping more than 42 million people annually which, combined with the School Lunch Program, lifted three million more out of poverty in 2020.

While overall child poverty statistics have declined in America, the threshold by which we measure the poverty line remains incomprehensibly low ($26,500 for a family of four in 2021). Anti-poverty advocates at the Shared Humanity Project say this grossly underestimates the number of people across the country who are “struggling to make ends meet.” Solving hunger demands more resources if the country is truly committed to ending the problem once and for all.


House Speaker Trump? It’s not as far-fetched as you think

This year marked the 20th anniversary of the George McGovern-Robert Dole Food for Education and Child Nutrition Program. Both men from opposing political parties dared to work together and put the needs of America’s most marginalized community before their own political desires. The idea that lawmakers might put their differences aside so that millions have enough to eat food sounds preposterous in light of how politically divided we are today. But we must, for the health of millions of people, refuse to accept this challenge as something that cannot be overcome.

Ending hunger in America is within our reach. Statistics from 2021 prove it can be done. The only thing standing in our way is an expression of political will from both sides to get it done.

Lyndon Haviland, DrPH, MPH, is a distinguished scholar at the CUNY School of Public Health and Health Policy.