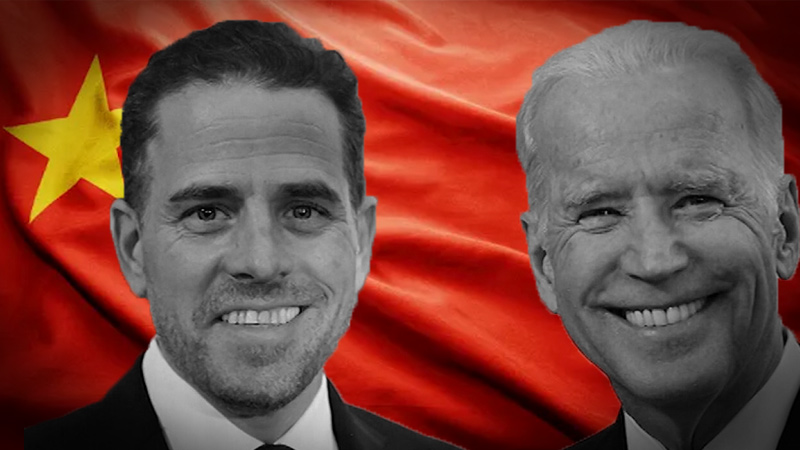 President Joe Biden’s crackhead son Hunter may be under federal surveillance regarding his shady connections to China’s “top spy chief” among other problematic issues.

Journalist Paul Sperry of RealClearInvestigations.com reported on Monday that a source within US counterintelligence told him Hunter is being monitored by the feds as there are growing concerns about his ties to the Chinese government.

In October 2020, it was widely reported in alternative media circles that leaked audio revealed Hunter Biden saying he represented “the fucking spy chief of China,” a man named Patrick Ho, who started a company with Hunter’s “partner” Che Feng.

One of Hunter’s former associates, Tony Bobulinski, spilled the beans about the Biden family’s shady Chinese business deals in 2020 after the infamous laptop was made public.

Sperry also wrote on Monday the US counterespionage officials allegedly investigating Hunter are interested in his communication with members of the US Committee on Foreign Investment in the United States, which approved a 2015 deal where a Chinese firm took over a US auto parts manufacturer.

On Thursday, Sperry claimed the FBI and DOJ wiretapped Hunter and James Biden over their communications with the Chinese business moguls who have close ties to the Communist government’s intelligence agencies.

Author and Fox News contributor Miranda Devine told “Fox & Friends” on Tuesday there are “well-founded concerns” that President Biden may be compromised by China.

Devine claimed Hunter, “was deeply embedded in the very highest echelons of the U.S. government during the time that his father was vice president.”

She also said his cell phone contacts included “top U.S. officials who were responsible for overseeing the China-U.S. relationship,” as well as “top Google executives.”

“There have to be well-founded concerns that he may be compromised when it comes to China, through his son and his brother’s family business to do with China,” Devine concluded.

The New York Post published an article in January detailing five deals the Biden family struck in China, resulting in a whopping $31 million in profit for the corrupt First Family.

Speaking on the Senate floor, Sen. Johnson accused the press and Democrat politicians of attacking the Hunter laptop story in order to “cover up the extent to which President Biden might be – and almost certainly is – compromised.”

Supporting the idea that Joe Biden is at best the most pro-China president in U.S. history and at worst a literal Chinese communist agent, see the litany of articles below exposing his allegiance to the tyrannical regime: