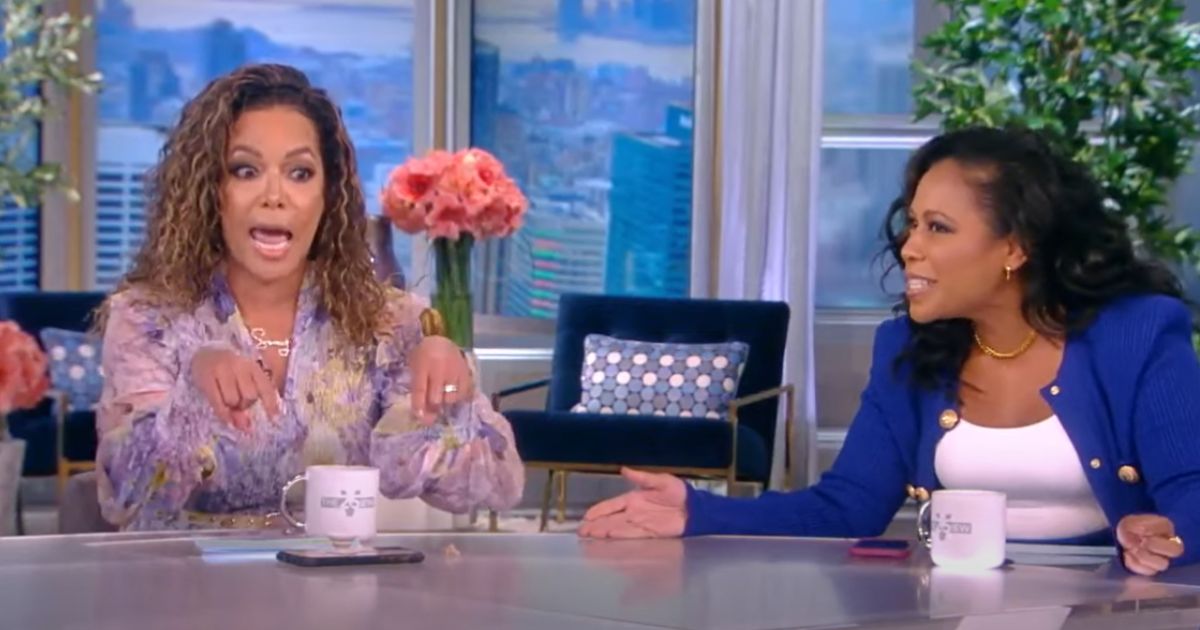 The left-wing women on ABC’s “The View” have made a living from saying ridiculous things on daytime television. Yet on Friday, one co-host surprised even the liberal panel with her remarks about race and politics.

Co-host Ana Navarro and guest host Lindsey Granger were discussing incoming White House press secretary Karine Jean-Pierre, who has been hailed as a trailblazer because she is the first black lesbian in that role.

Granger said there could be an ethics concern because Jean-Pierre is in a long-term relationship with CNN reporter Suzanne Malveaux.

As the argument began to heat up, Navarro criticized Granger for her supposed support of former President Donald Trump.

“I know this may be a novel point, a novel idea, for somebody who’s, you know, a supporter of Trump, but there are people who are capable of being related and not having ethical interests,” Navarro said.

Granger said she never claimed to be a Trump supporter and disagreed with many of his actions, but that she held many conservative values. She was asked if she was a Republican, and she said she was.

It was at this point that co-host Sunny Hostin chimed in with her racially tinged opinions.

“I feel like that’s an oxymoron, a black Republican,” Hostin said to Granger, who is black.

Granger pointed out that Navarro is a racial minority and also says she is Republican, although none of Navarro’s views as expressed on the show are conservative by any means.

She also said Hostin’s views on abortion seem to clash with the host’s self-proclaimed Catholic faith.

Instead of making a coherent argument, Hostin simply doubled down.

“I don’t understand either of you,” she told Navarro and Granger.

These comments were not only incredibly ignorant but also arguably racist.

First, Hostin showed how close-minded she and those who think like her really are. She is incapable of comprehending that black or Hispanic Americans could see conservative ideas as beneficial to them.

While Republicans disagree politically with the progressive left, most of them can at least understand why someone might be enticed to vote for Democrats. For example, some people might like the idea of being afforded special privileges by the government, even if that idea causes more problems in the long run.

On the other hand, Hostin is either unable or unwilling to even attempt to understand why Republicans think the way they do. She wants people to blindly follow her opinions, which leads to the next point.

By assuming everyone of a certain skin color ought to think a certain way, Hostin acts in a racist manner. She believes minorities should all agree with her, and anyone who does not is in the wrong.

This is not an accepting or compassionate way to act.

Hi @sunny – I’d be happy to help you understand why I refuse to support the KKK loving, segregation defending, radical Democrat Party any day.

Invite me on, @TheView. I have a feeling y’all aren’t ready for that conversation. https://t.co/xCVrNOkiiH

It is the same line of thinking Democrat Joe Biden employed on the campaign trail when he said black Americans “ain’t black” if they do not support him.

Democrats’ assumption that every black and Hispanic American should and will vote for them is offensive to the very people they are trying to entice. If they keep using the same strategy, it might just drive more minorities to the right.