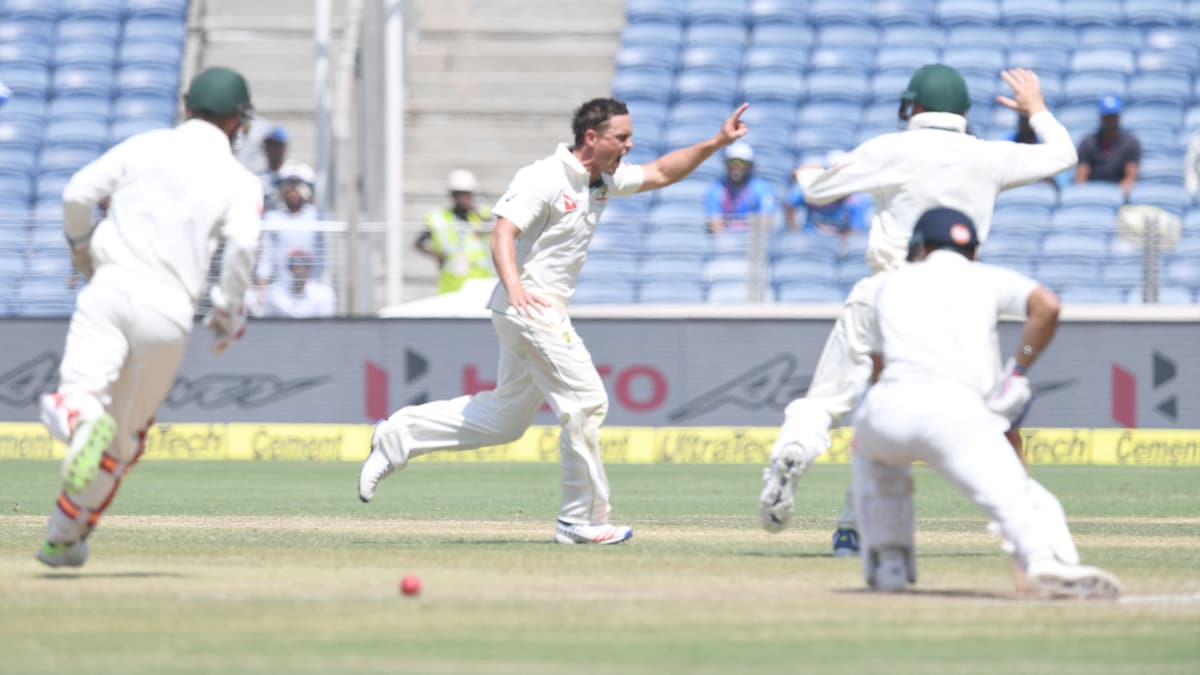 Former Australia spinner Steve O’Keefe has recalled his “most memorable” wicket, which he took during the tour of India in 2017. During the first Test in Pune, O’Keefe returned with the identical figures of 6 for 25 in both the innings as India were bowled out for 105 and 107, respectively. In the second innings, O’Keefe had castled Virat Kohli after the former India skipper left a delivery, which came back with the angle knocked over his off-stump. O’Keefe has recalled dismissing Kohli in the Pune Test, labelling it as the “most memorable” wicket of his international career.

“My most memorable (wicket) was probably Virat Kohli in India. I knocked him over, we were playing on this absolute dust bowl of a wicket, it was spinning and ragging sideways,” O’Keefe said on SEN 1170 The Run Home.

Further recalling the wicket, O’Keefe said that even he was surprised by the delivery as he had tried to spin the ball “towards first or second slip”.

“To top it off, Virat just lets this ball go, it pitches outside off, and I’m meant to be spinning the ball (away) towards first or second slip. This thing just continued on with the angle, I’m trying to spin it and it’s knocked out off-stump so I’m like, ‘You beauty!’,” he added.

Australia won the game by 333 runs and took a 1-0 lead in the four-match series.

However, India fought back to take the second and fourth Test after the third Test ended in a draw, and clinched the series 2-1.

O’Keefe, who had made his international debut in 2010, represented Australia in 9 Tests and 7 T20Is, claiming a total of 41 wickets.