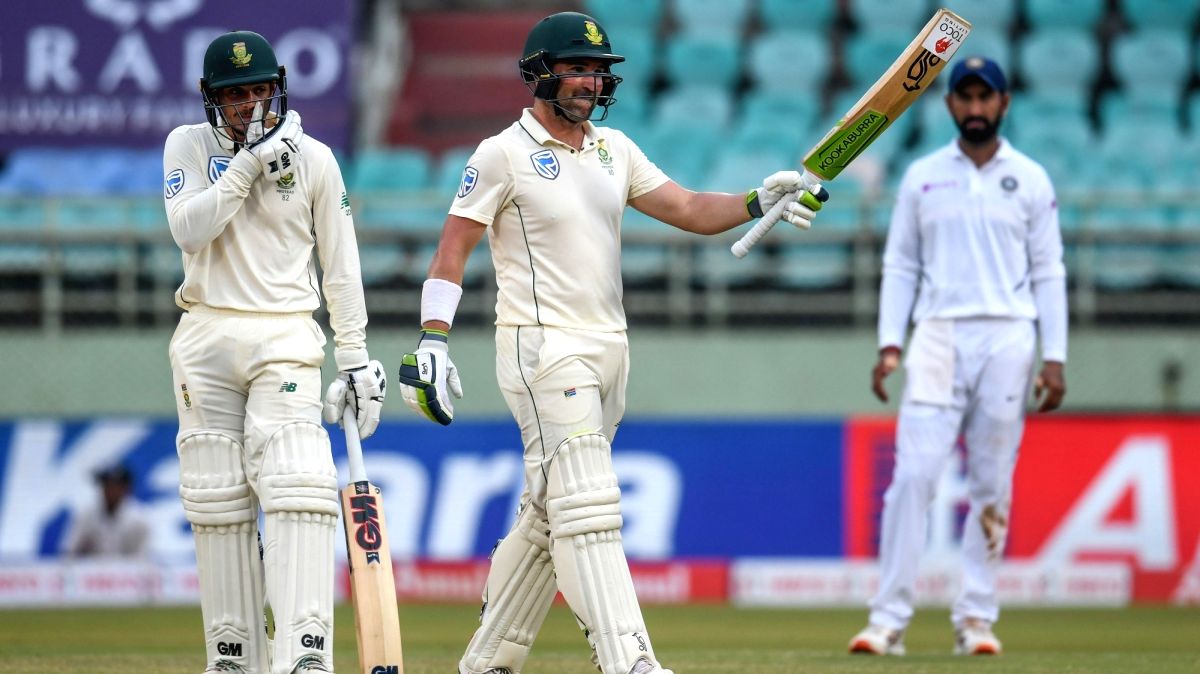 Johannesburg, Jan 2 : South Africa captain Dean Elgar admitted that wicketkeeper-batter Quinton de Kock’s sudden retirement from Test cricket left him shocked but insisted it won’t affect his team-mates ahead of an important second Test against India starting from Monday at the Wanderers.

The 29-year-old de Kock announced his retirement from Test cricket South Africa lost the first Test to India by 113 runs at SuperSport Park on Thursday. “I was pretty shocked. But sitting down with Quinny (de Kock), he explained his reasons and I respect and fully understand his decision,” said Elgar in the pre-match virtual press conference on Sunday.

Asked if members in the team will be distracted by de Kock’s decision to step away from Test cricket, Elgar replied in negative. “I don’t think there will be any. The responsibility for us is to carry and conduct ourselves as international players. We still have to be professional around this. We still have a Test series to level, so I don’t think there will be any hangover or shock over Quinny’s retirement.”
“Players respect the environment. We realise that we had a few setbacks in recent times and we need to obviously have to be clever around it and get over it. I don’t see this affecting the players.”
Talking about de Kock’s replacement in the second Test, Elgar named youngster Kyle Verreynne to be on keeping duties. “I think we would be silly if we don’t try and get other combinations forward. Last two-three days since the Test ended, we have been talking about the possibility of a few changes. Kyle Verreynne comes in for Quinny, which was always something that we were aware of and really planned around that. We haven’t made up our mind just yet with regards to what other changes we might possibly enforce starting tomorrow.”
The 34-year-old believes that the batting order has to take up responsibility with the bat irrespective of how the pitch at the Wanderers pans out. “Looking up at the surface, it will be playing up better than it has been in recent times. They have a new groundsman. Irrespective of how the wickets play, we as batters have to put our hands up. We have to take responsibility and ownership of our positions that we have been given. We have been echoing a lot of positivity throughout the group and are just one knock away from being back in form. There’s a lot of positives growing into the next Test tomorrow. Hopefully, we can adopt the language we have been speaking for the last few days.”
The 34-year-old mentioned the learnings from the loss in the first Test were talked about in the team, in terms of batting and bowling. “We have had a few very good conversations since the first Test finished. We tried to break the game up and give ourselves better options to get into the Wanderers game. I think the message we have come out with is we don’t need to panic as a unit.”
Elgar signed off by saying the team still has capable players despite their obvious lack of experience. “I still think we have got a lot of capable players within the side. They may be quite inexperienced but they also have to take the responsibility within the positions that they are given. They are by no means bad cricketers because of one or two innings with the bat for instance. With the ball, there were some errors and we can fine tune. Maybe, making them play more with the new ball, especially if we are bowling upfront. So, definitely, there were areas we spoke to the respective groups.”
IANS
nr/cs