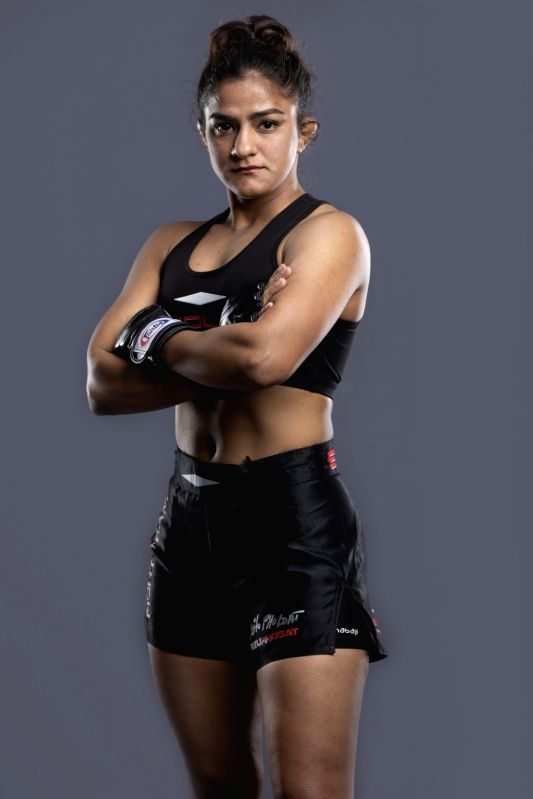 Singapore, Nov 19 : Ritu Phogat, ONE Women’s Atomweight World Grand Prix finalist has said that she saw fear in the eyes of her opponent Stamp Fairtex.

Ritu and Stamp will square off in the Women’s Atomweight World Grand Prix Championship Final at ONE: Winter Warriors on December 3 in Singapore.

The two ONE W’men’s Atomweight World Grand Prix finalists sized each other up for a good minute as the tension was very high and their piercing glares into each o’her’s eyes was an absolutely intense staredown.

Ritu later said she sensed a bit of hesitation in her opponent Stamp, the former ONE Atomweight Muay Thai and Kickboxing World Champion.

“It’s true. I did believe that she would be scared of me, and when I locked eyes with her during the staredown, my suspicions withered away. I definitely saw fear in her eyes, and I don’t blame her for being afraid to face me,” Ritu told ONE Championship.

“If I was in her shoes, I would be [scared] too, since she has witnessed my wrestling proficiency and stand-up improvements from close quarters. But, I would give her credit for trying to put on a brave face for the fans. However, I saw right through the facade.”
That’s a bold statement coming from Ritu, the fourth-ranked Atomweight in the division. Stamp sits at the second spot on the list and has seen immense success under the ONE Championship banner since joining the promotion in 2018.