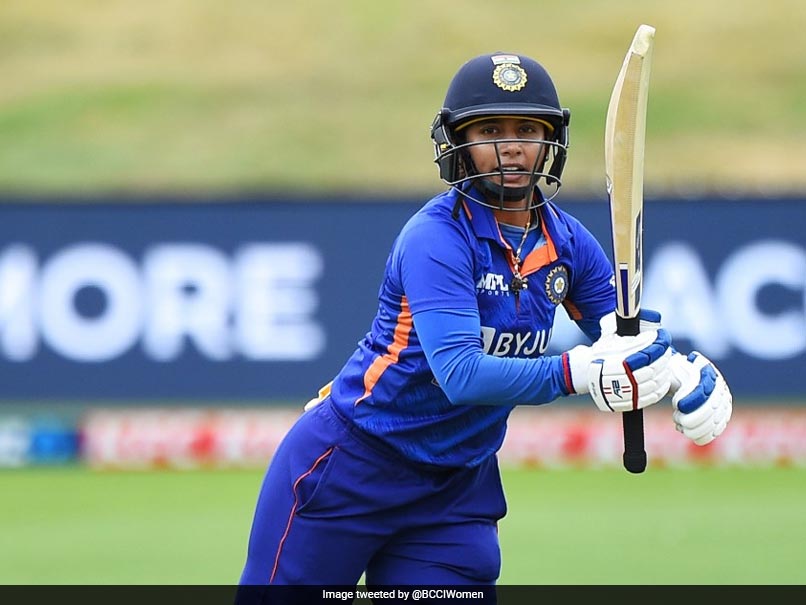 Star batter Harmanpreet Kaur struck form with a timely hundred as India eked out a narrow two-run win over South Africa in a warm-up match of the ICC Women’s World Cup on Sunday. The India vice-captain, who had regained some form with her first fifty in 12 months during the final ODI against New Zealand, slammed a 119-ball 114 with the help of 11 boundaries. The innings will calm the nerves of the team management as she remains a key player for India’s World Cup campaign.

India, however, suffered a injury scare during the game when star opener Smriti Mandhana (12) was struck on the head by a bouncer from Shabnim Ismail and was forced to retire hurt.

Opening the innings, Yastika Bhatia gained rhythm ahead of the tournament proper with a 78-ball 58 but the team didn’t get the impetus in the final overs to end at 244 for nine after being invited to bat first.

Defending the total, Rajeshwari Gayakwad (4/46) returned with a four-wicket haul to stop South Africa at 242 for seven, despite some good work from opener Laura Wolvaardt (75), Sune Luus (94) and Marizanne Kapp (31).

Ayabonga Khaka (3/23) was the most successful bowler for South Africa.

India will face arch-rivals Pakistan in their campaign opener on March 6 and Bismah Maroof’s team geared up for the 50-over showpiece with a four-wicket win over New Zealand in another practice game in Lincoln.

Opting to bowl, Pakistan dismissed New Zealand for 229 in 45 overs and then romped home in the last over, scoring 233 for six in 49.2 overs.

Nashra Sandhu (4/32) shone with a four-wicket haul for Pakistan, while Amy Satterthwaite (80) and Maddy Green (58) scored bulk of the runs for the White Ferns, who were cruising at 142 for two before losing six wickets for 30 runs.

Jess Kerr hit an unbeaten 34 from 27 balls to take them to a challenging total.

In reply, Pakistan were 46 for three and at one stage and needed close to seven an over in the final 10 overs to reach the target. Aliya Riaz (62) and Nida Dar (54) then struck eight boundaries to finish the job.