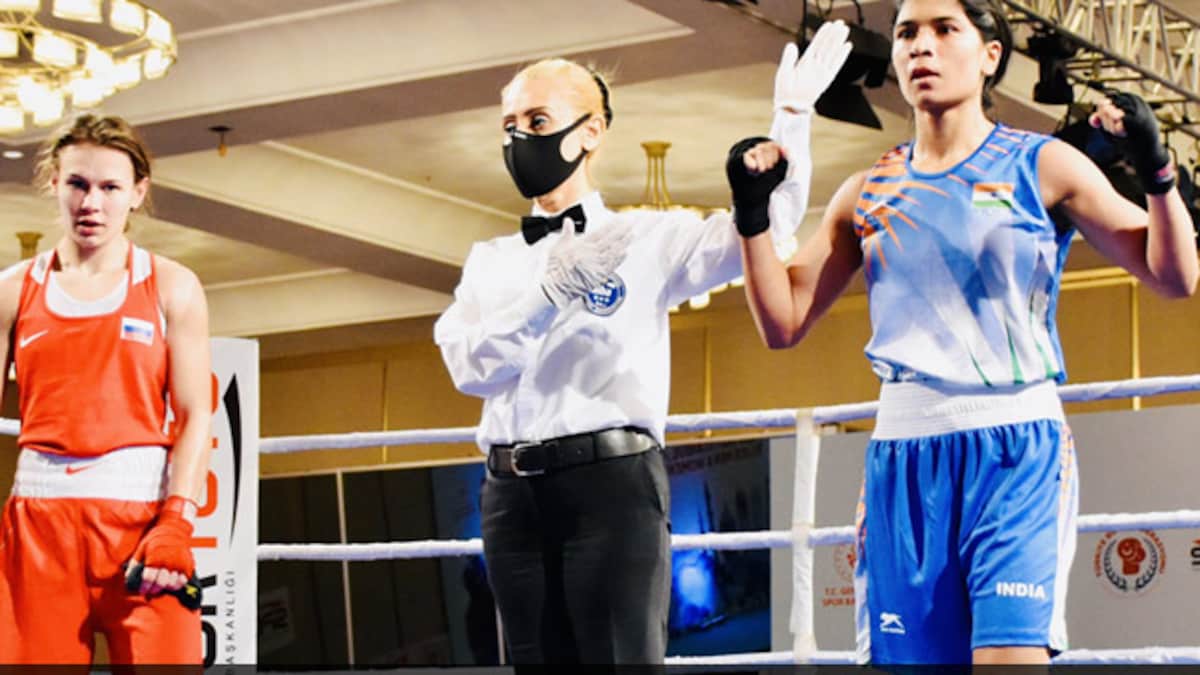 Asian Games-bound woman pugilist Nikhat Zareen says she has evolved as a “technical boxer” after analysing her past performances over the years. Nikhat, a part of the TOPS development team, is looking forward to an impressive show at the elite Women’s World Boxing Championship in Turkey, scheduled from May 6 to 21. A total of 12 boxers, including Nikhat and Tokyo 2020 bronze medalist Lovlina Borgohain, are set to compete at the event, which will be a litmus test ahead of the Commonwealth Games and the Asian Games, scheduled later this year.

“I’m really excited and confident (about competing at the World Championship). Lately I’ve been on a good run and I hope that it’ll continue. I’ve prepared well for it,” Nikhat said in a release, issued by the Sports Authority of India (SAI).

“I had analysed my performance and worked on the things in which I was lacking. I’ll give my best at the world championship. I’ve improved my game, both physically and mentally. I’m more of a technical boxer now.”

The Indian contingent, comprising 12 boxers and 11 support staff members, left India on April 20 for a training camp in Turkey, until May 5, prior to the competition.

Nikhat is set to compete at the Asian Games later this year in the women’s 51kg category.

Apart from Nikhat, Manisha Moun (57kg), Jaismine (60kg), Lovlina (69kg) and Saweety Boora (75kg) have sealed their berths in the women’s team for the Asian Games to be held in Hangzhou, China from September 10 to 25.