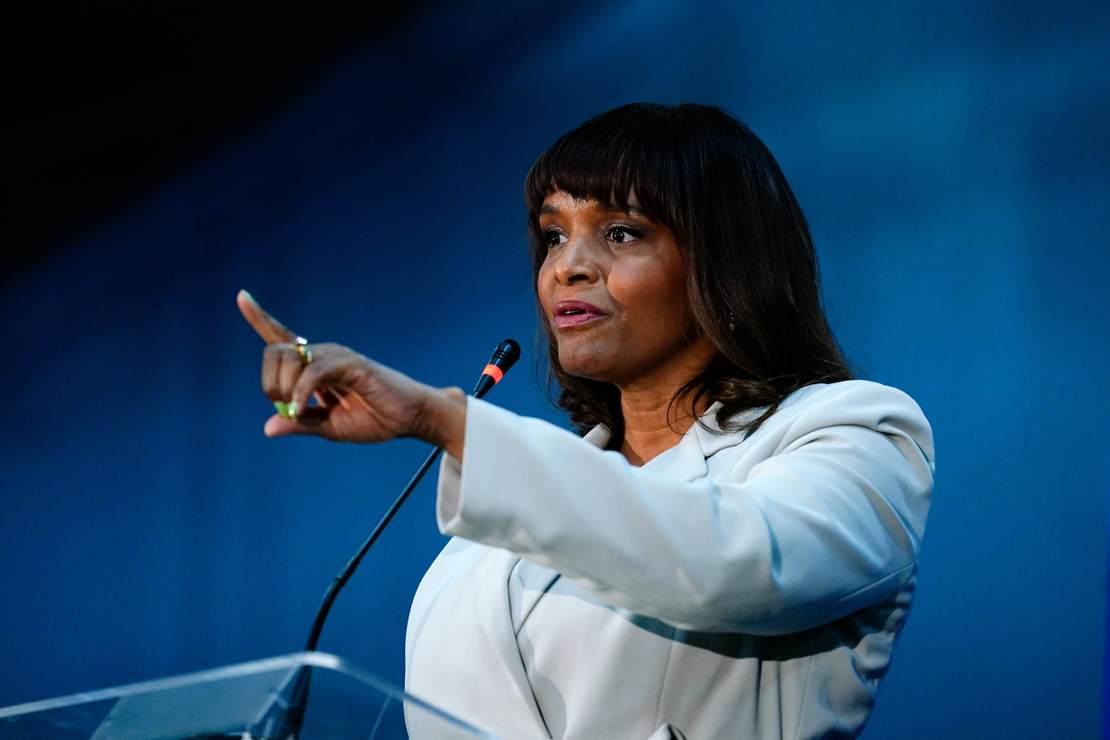 “It is worth noting Fetterman is an avowed socialist,” writes Breitbart’s Matt Boyle of the likely Democratic Senate nominee in Pennsylvania, “so Barnette refusing to support either Dr. Mehmet Oz or businessman David McCormick if one of them wins instead of her essentially means she would be helping a socialist Democrat win in the general election.”

I’m not sure that Fetterman describes himself as a socialist but the rest of that is fair enough.

Not long ago, it was common for populists to complain that the GOP establishment was forever demanding their loyalty while refusing to repay it in kind. The supreme example is then-Republican Charlie Crist dropping out of the Florida Senate primary in 2010 once he realized he faced certain defeat against upstart Marco Rubio and opting to run in the general election as an independent instead. Everything is different in the Trump era, though, beginning with Trump himself breaking his pledge to support the 2016 presidential nominee if it wasn’t him. MAGA fans loved that, perceiving it as reflecting their own beliefs that they shouldn’t feel obliged to support any ol’ Republican just because he has an “R” after his name.

But that’s not why Trump broke the pledge. He broke it because he’s the consummate sore loser and would never, and will never, accept that he can be fairly defeated in anything. Ron DeSantis is plenty MAGA enough to be worth supporting as a presidential nominee in 2024, right? Well, ask yourself: If he beats Trump in a primary that year, can you envision any scenario in which Trump graciously endorses him?

Kathy Barnette’s a sore loser too, which she proved after her landslide defeat following her House race two years ago. She’s gearing up to be a sore loser again tomorrow night if either Mehmet Oz or Dave McCormick pull it out.

“If you do not win tomorrow, do you intend to support the Republican nominee whoever it is?” Marlow asked…

“I have no intentions of supporting globalists,” Barnette said. “I believe we have ran out of room on this runway for this spaceship. I believe we have very little rope left to just roll the dice and we’ll see how it all works out on the other end. I believe our country is in trouble. I don’t believe we have much longer and I believe what I have done is I have made it possible where Pennsylvanians do not have to hold their nose and vote for the lesser of two evils this time. I don’t think we have room to just vote for any old warm body with an R next to their name. I think we can do better than that.”

That also means she could be, depending on what happens elsewhere in America, helping Sen. Chuck Schumer (D-NY) remain the U.S. Senate Majority Leader.

Why would Barnette care which party controls the Senate? The fight in Pennsylvania is about which faction controls the revolution, the Girondins or the Montagnards. I assume it’s academic to her whether left-wing or right-wing “globalists” are in charge of the upper chamber.

If she’s serious about not endorsing, though, it means the GOP might not be able to win the seat with her as nominee and might not be able to win it if anyone else is. Trump and Sean Hannity believe she’s unelectable, or at least that’s what they’re saying publicly to try to steer undecideds towards Dr. Oz. But if Barnette loses and can convince even 10 percent of the Republican electorate that neither Oz nor McCormick are worth supporting because they’re “globalists,” that shortfall on Election Day will probably be enough to hand the seat to Fetterman.

Something else that’s going to happen if Barnette loses tomorrow is her claiming that her opponents “stole the election.” She’s already done it, in fact. In case you missed yesterday’s post, she held a rally on Saturday in which she accused Hannity of “doing exactly what he and others have said about the left, he is sowing disinformation in order to suppress our vote, in order to steal an election.” The “steal” in this case doesn’t involve ballot-rigging but rather lying about certain things she’s said, like using badly distorted video edits to suggest that she supports Black Lives Matter. Trump is distorting her record too — sort of:

Trump recorded a call that just went out to GOP voters in Pennsylvania. In it, he criticizes Dave McCormick as soft on China and Kathy Barnette for wanting to erect an Obama statue — and is urging voters to support Oz tomorrow. (“He’s had a tremendously successful show”)

It’s true that Barnette once suggested erecting an Obama statue but not because she’s a fan of his, as Trump’s message implies. Check her Twitter archive and you’ll find the opposite is true. Barnette proposed the Obama statue as part of an argument against tearing down a statue in Washington D.C. of Lincoln helping a freed slave rise to his feet, as some on the left want to do. Instead of removing that monument, she said, a monument to Frederick Douglass should be added on one side and a monument to Obama on the other simply to illustrate the country’s progress from ending slavery to having a black president. (“This will serve as an example of how far we have come as a nation and how we stand today on the shoulders of those who have come before us.”)

But that’s how desperate Oz’s team has become as momentum builds behind her. No wonder they’re nervous:

I’m skeptical of that poll since McCormick is north of 20 percent in others but it’s definitely true that Trump and Team Oz are more worried about Barnette now than McCormick. What happens to the Republican effort this year in Pennsylvania if Oz ekes out a win tomorrow and Barnette comes to the podium and accuses him and Trump of a smear campaign that won them the election on false pretenses?

How will Barnette fans feel about Trump knowing that if the “great MAGA king” had endorsed her, the true populist in the race, rather than the blow-dried RINO Oz, she almost certainly would have won?

I’ll leave you with this new ad from a pro-Trump Super PAC. Oz can’t say that his patron isn’t trying to win this for him.