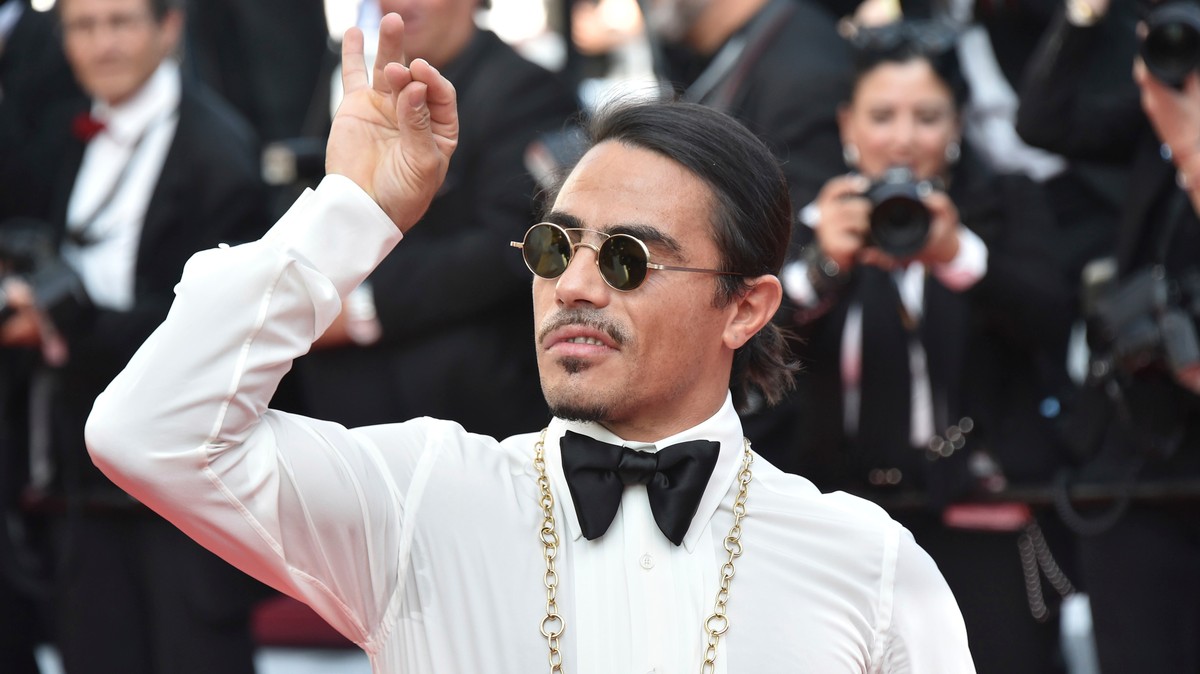 Salt Bae-gate rumbles on in Vietnam, after authorities this week summoned a street noodle vendor who filmed himself mimicking the celebrity chef.

Calling himself “Green Onion Bae”, beef noodle seller Bui Tuan Lam, from the city of Danang, was seen in a one-minute video sprinkling chopped spring onions into a steamy bowl of soup at his roadside stall before strutting off and serving the dish to customers.

Salt Bae, whose real name is Nusret Gökçe, shot to internet fame and became a meme because of his theatrical manner of sprinkling salt on meat, and ceremoniously slicing it up.

In early November, Minister of Public Security To Lam led a Vietnamese delegation to the COP26 climate conference in the UK. In London, they visited the grave of Karl Marx, before heading to Gökçe’s restaurant Nusr-e, where the minister was filmed being fed gold-plated steak in a lavish meal speculated to cost thousands of dollars.

The irony of this was lost on few as the video went viral on TikTok, sparking outrage in the socialist country where poverty and hunger are on the rise due to the pandemic. The hashtag #saltbae was also temporarily blocked worldwide on Facebook soon after, with the platform saying it would investigate why.

Bui told RFA that three security officers came to his house, with another person in civilian clothing filming. Bui said the reason for the summons wasn’t clear, but he was instructed “to provide information about a criminal dealing for investigation work.”

A video emerged of Bui challenging officers, who threatened to forcefully escort him to their office. Bui, who said he has received similar summons in recent months, does not seem to have been charged or detained.

Reuters reported that Bui said he had no intention to mock the government. “The video I made was for fun and for advertising my beef noodle shop. More customers have been coming since I posted it,” he said.

Vietnamese officials are known to summon and persecute those seen to be critical of the government. Many human rights activists and political bloggers have been hauled to court and imprisoned over the years.

But Bui’s marketing gimmick comes at an especially sensitive time in the country, with criticism of the all-powerful Communist Party becoming increasingly bold in recent months as several missteps in handling the pandemic have resulted in spiraling case numbers since April.