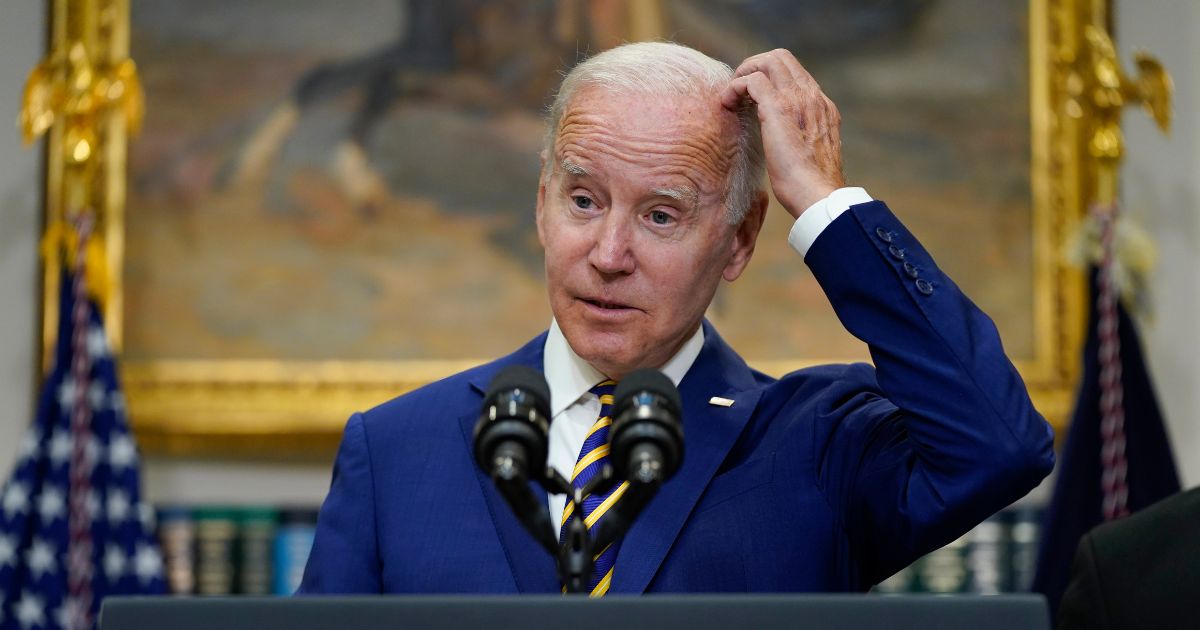 On Thursday, President Joe Biden spoke in Maryland in support of Democratic gubernatorial candidate Wes Moore. In doing so, however, he may have consigned three House Democrats to defeat.

That’s because, yet again, Biden told the crowd in Rockville, Maryland, that he wanted to ban so-called “assault weapons.” This was hardly a surprise.

What was a bit of a shocker — one which makes us think the president might have his White House handlers eventually backtracking on his remarks — is that he said any Democrat that opposed the bill didn’t deserve their votes.

“This November, you have to ask every candidate, are you for banning assault weapons or not?”Biden said. “And if you’re not, we’re not going to vote for you. Period.”

The problem with that? According to Fox News, of the five Democrats who voted against an “assault weapons” ban in the House of Representatives, three are among the most vulnerable members on the left side of aisle in the midterms this November.

“Fox News Digital reached out to the vulnerable Democrats, asking them their thoughts on Biden telling Americans not to vote for them in November. None of them responded.”

Will you be voting for candidates who support an “assault weapon” ban?

While the ban on certain guns was passed in July by a 217-213 margin, the bill didn’t garner the support necessary to pass the Senate.

The other Democrats to vote against the bill were Reps. Ron Kind of Wisconsin and Kurt Schrader of Oregon. Kind isn’t seeking re-election; despite an endorsement from Biden during his re-election bid, Schrader lost a primary challenge from a leftist candidate.

Cuellar, Gonzalez and Golden, however, are going to be on the ballot — and, according to Ballotpedia, two out of the three are in races the majority of analysts have called toss-up elections.

The only one running in a seat that leans Democratic, Rep. Gonzalez, needs to beat GOP Rep. Mayra Flores, who’s considered a rising star in conservative circles.

In other words, telling voters not to go out to vote for three isn’t going to garner more votes for a ban on so-called “assault weapons.” That’s pretty much dead on arrival unless Biden can convince over 50 Democrats in the Senate to do away with the filibuster on gun-control issues, something they’ll need a super-majority to attain.

The 1 Clip Republicans Should Run Now Until November

What it may do, however, is convince recalcitrant progressive voters who hear Biden’s words to stay home, essentially helping to dig a bigger hole for exactly those Democratic House candidates who didn’t need it.

And it doesn’t just affect the House, either.

In Texas, if Beto O’Rourke is to stand any chance of unseating GOP Gov. Greg Abbott, he’ll need all the help he can get — including from candidates who don’t want to snatch AR-15s like Beto does.

But, hey — if Democrats they don’t want those offices, I’m sure Republicans won’t mind the help.