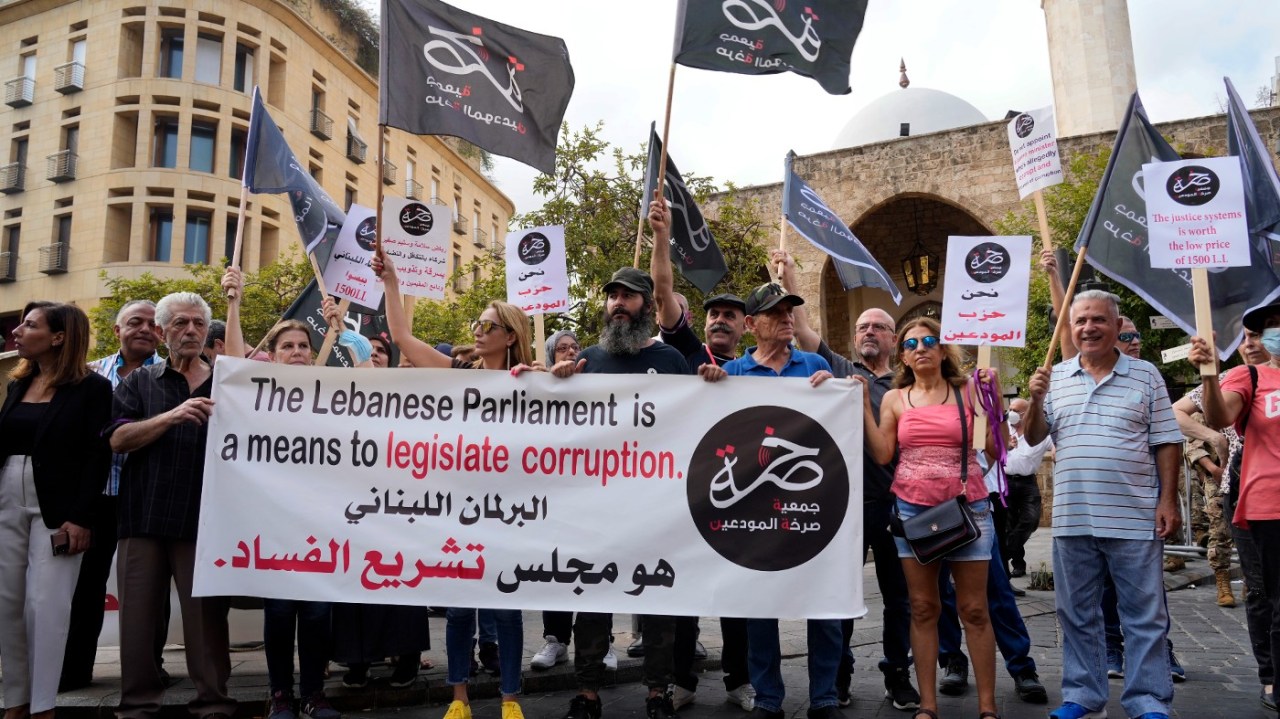 Lebanon is suffering in the throes of one of the largest economic collapses of modern times as it struggles to recover from a disastrous peacetime blast that devastated the Beirut port and whole neighborhoods in August 2020. Presidential elections in the fall could influence the course of the country for years to come. The next few months deserve particular domestic and international attention to help Lebanon move toward socioeconomic recovery.

The term of the current president, Michel Aoun, an ally of Hezbollah, ends on Oct. 31.  According to Lebanon’s precarious constitutional system, it is parliament’s role to elect a new president to a fresh six-year term. This occasion is pivotal and casts a long shadow over subsequent years because a new president is a key player in nominating a prime minister and participating in the formation of the next government.

A new presidential term is also likely to be accompanied by appointments to such key posts as commander of the Army, heads of intelligence services, governor of the Central Bank, and other major positions. The replacement of a Hezbollah ally by a more independent, reform-minded, and nationalist figure would have an important, long-term impact on Lebanon’s chances of reclaiming its compromised sovereignty, implementing urgently needed reforms, pulling the country back from the brink of full-fledged collapse, and strengthening support for our shared interests in the region.

The current parliament, elected in May, is almost evenly split between allies and opponents of Hezbollah and neither side is likely to muster the necessary quorum in a timely manner to elect a president, potentially delaying the election for weeks or even months. But Lebanon can ill afford another long vacancy in its governing institutions.

The Hezbollah-allied coalition has its own client candidate — or candidates — lined up. Unfortunately, the reformist opposition coalition is less centralized and has yet to agree on its preferred candidates. It is imperative that this coalition try to agree on an effective strategy and identify presidential candidates to leverage votes in parliament and block the election of another Hezbollah client. The election of an independent, reform-minded president could help turn the country’s fortunes around.

The international community has an interest in helping Lebanon reverse its downward spiral. A fully failed state on the eastern Mediterranean is in no one’s interest. That would threaten U.S. ally Israel, generate new refugee flows westward to Cyprus and the European Union, open the ground for the potential return of ISIS and al Qaeda, and further strengthen Hezbollah’s and Iran’s powers in Lebanon.

The presidential election is an opportunity to adjust Lebanon’s course for the next six years and set the country on the path of recovery. The U.S. should not pass up the opportunity to lead a coordinated international effort to encourage the election of an independent, reformist president.

For the time being, the Lebanese Armed Forces (LAF) is the main institution standing in the way of a collapse of order and state institutions. Maintaining its operational readiness is in the interest of the United States, France, our European allies, and importantly, Saudi Arabia and other Gulf countries. And thanks to American and international support, the LAF has been able to perform this critical role. This support must continue, not only to maintain order and help counterbalance Iran’s influence in Lebanon, but also to keep Russian influence — which is only a drive of several hours away in Syria — out of the country.

The U.S. has been critical in advancing talks between Lebanon and Israel on demarcating the disputed maritime border between the two countries. Amos Hochstein, U.S. special envoy for energy affairs, has made tremendous progress in bringing these countries close to agreement, in spite of their current conflicts. A final agreement, under American auspices, would enable both sides to take advantage of valuable offshore gas resources, and importantly, help calm the increasingly hostile rhetoric heard along the Lebanon-Israel border.

Many eyes in Lebanon are attentive to the on-again, off-again talks between the U.S. and Iran in Vienna. A return to the Iran nuclear deal, the Joint Comprehensive Plan of Action (JCPOA), could calm tensions in Lebanon and might help enable a way forward between the two opposing coalitions. A collapse of the talks could escalate regional pressures and increase the risk of Israeli-Iranian tensions spilling over into another devastating Hezbollah-Israel war.

Importantly, American interests are best served by supporting the people of Lebanon through programs that advance American values through education, humanitarian family and health care, and democracy programs that directly empower and support Lebanese citizens.

A large cross-section of the Lebanese population launched an uprising in October 2019 to demand the replacement of a corrupt and colluding political class. The port explosion two years ago intensified the discontent and drew Hezbollah more directly into the public’s hostility.  Although this defiant movement has not managed to properly unify, or to put forward someone charismatic like Ukraine’s Volodymyr Zelensky to articulate its message, the country’s suffering yet defiant population deserves the attention and support of the international community.

The next few months will be seminal for this small but critical country’s future. It is up to the Lebanese people and their representatives to make the right choices in the selection of the next president and other leaders who will fill important positions and implement urgently needed policies in the months and years ahead. But the U.S. and international community have an interest in continuing to give Lebanon the attention and support it deserves, to help ensure that the country indeed turns a corner toward revival and does not slip into full state failure and decades of chaos and ungovernability.

Edward Gabriel is a former U.S. ambassador to Morocco and the current president of the American Task Force on Lebanon. Follow him on Twitter @EdGabrielDC.